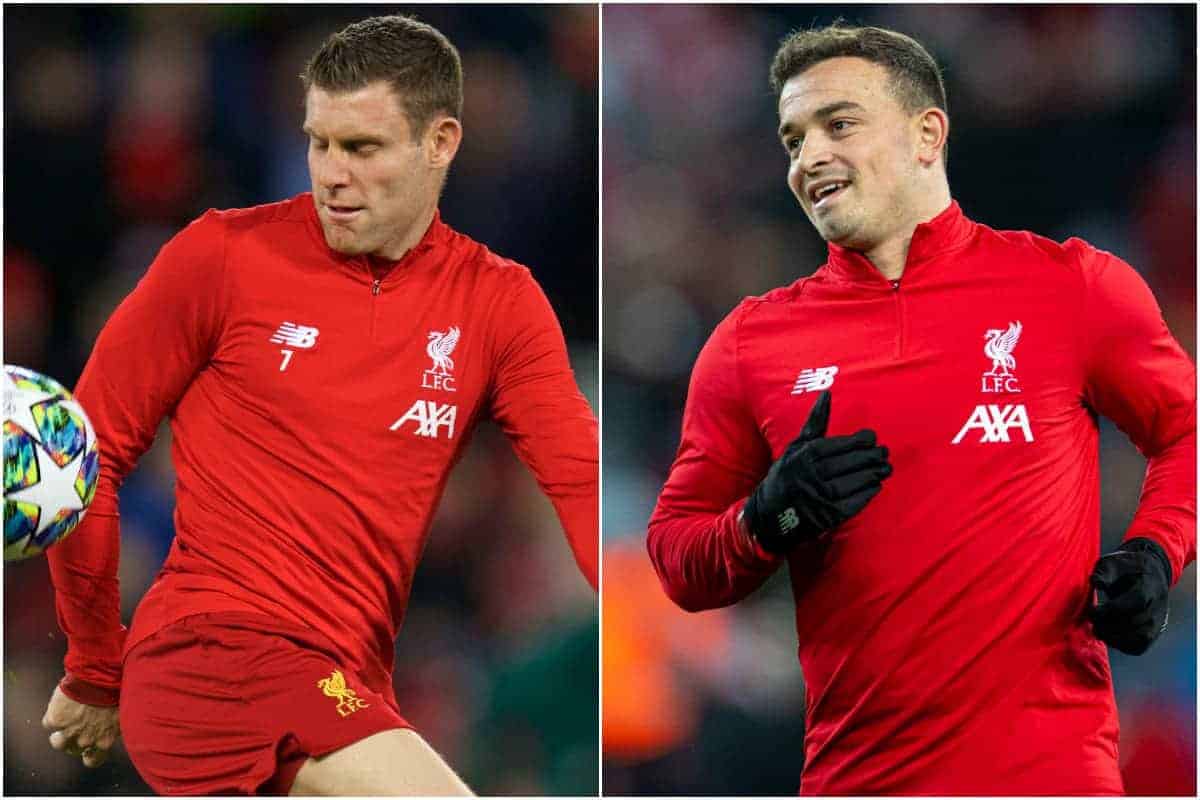 Jurgen Klopp has ruled James Milner and Xherdan Shaqiri out of Saturday’s clash with Southampton, but delivered good news on their return date.

The pair have been sidelined since the start of January, with hamstring and calf problems respectively, with Milner missing four games and Shaqiri playing one of the last seven.

Their absence has been softened by the return of Fabinho and the integration of Takumi Minamino, while Alex Oxlade-Chamberlain and now Naby Keita are also available in midfield again.

Southampton head to Anfield this weekend for the Reds’ last game before the winter break—with Klopp and his first-team squad not involved against Shrewsbury in midweek—but neither Milner or Shaqiri will be available.

But the manager revealed that they would be back for the trip to Norwich on February 15, as will Sadio Mane provided his recovery from a hamstring injury goes to plan.

Adam Lallana has missed the last three games with a virus but “trained [as] normal” on Thursday, while Klopp is expecting Divock Origi back for the weekend.

“Divock was a cramp,” he said, after the Belgian’s late withdrawal at West Ham, “he should be in training today.”

Klopp therefore has plenty of options to consider for his squad at Anfield, though he is unlikely to make many changes with two weeks’ rest to come afterwards.

The most feasible change is for Minamino to replace Origi in the attacking line, though Curtis Jones could also be an option after his cameo role at the London Stadium in midweek.

There is a decision to be made over whether Fabinho or Oxlade-Chamberlain start in midfield, too, with Jordan Henderson and Gini Wijnaldum expected to keep their places.