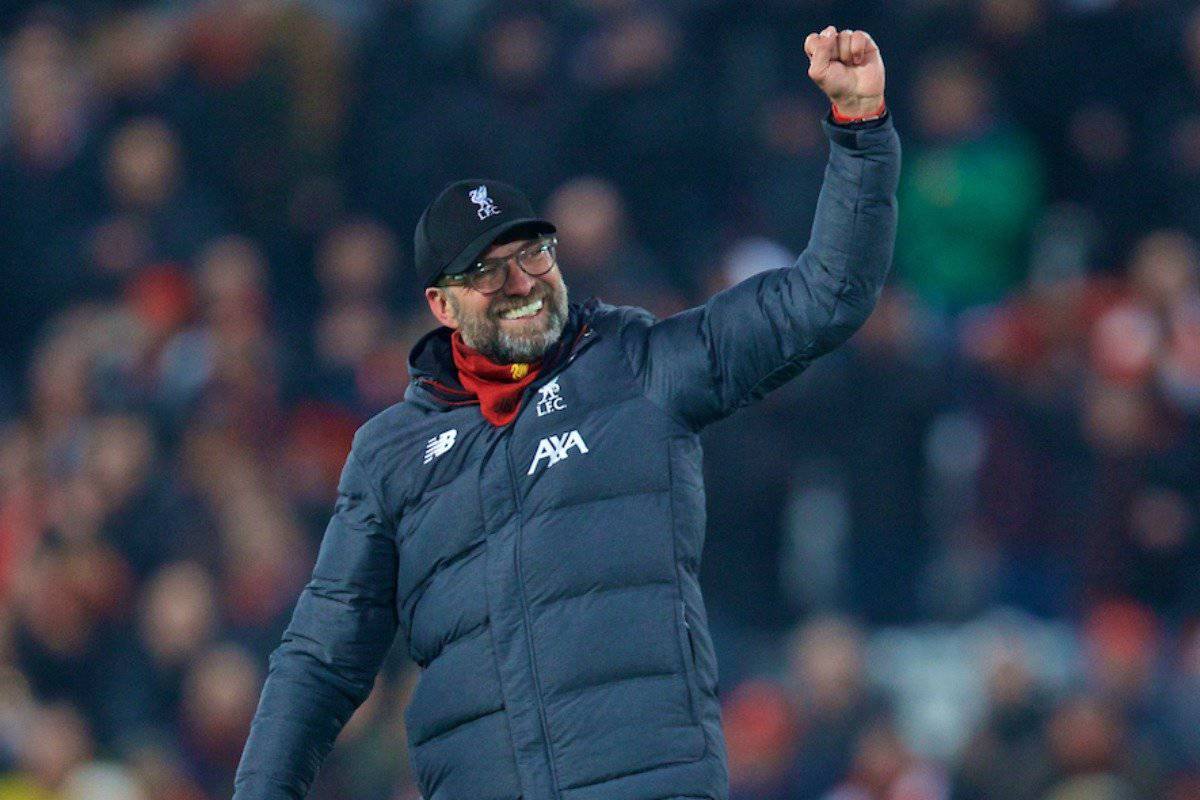 Jurgen Klopp will not deter fans from singing “we’re gonna win the league,” but insists his Liverpool squad must only focus on the task at hand.

Sunday’s 2-0 win over Man United marked the moment, for many in the stands at Anfield, that the title dream became an undeniable, likely reality.

Goals from Virgil van Dijk and Mohamed Salah lifted the Reds to a 16-point lead at the top of the table, with a game in hand over both Man City and Leicester, who themselves are 19 points behind.

Liverpool only need 30 more points from the next possible 48 to guarantee their status as champions, having taken 46 from the previous 48 on offer.

And as the Kop lauded Klopp’s squad with chants of “now you’re gonna believe us, we’re gonna win the league,” it served as a reasonable response from the manager—”as long as they do their job as well.”

“They can sing whatever they want, apart from my name, before the game is finished. I’m not here to dictate what they have to sing,” he told reporters after the game.

“If our fans would not be in a good mood now, that would be really strange.

“The only thing I can tell you is that we are here to work, it’s as easy as that.

“It’s a very positive atmosphere even in interviews after the game, but I have to keep myself really concentrated, because I know already that on Thursday we play against Wolves.

“That’s the truth. To be honest, I’m only interested in that game and nothing else.

“But, again, of course they are allowed: to dream, to sing, whatever they want. As long as they do their job as well in the moment where we play, all fine.

“We will not be part of that party yet but it’s no problem. We know our job.” 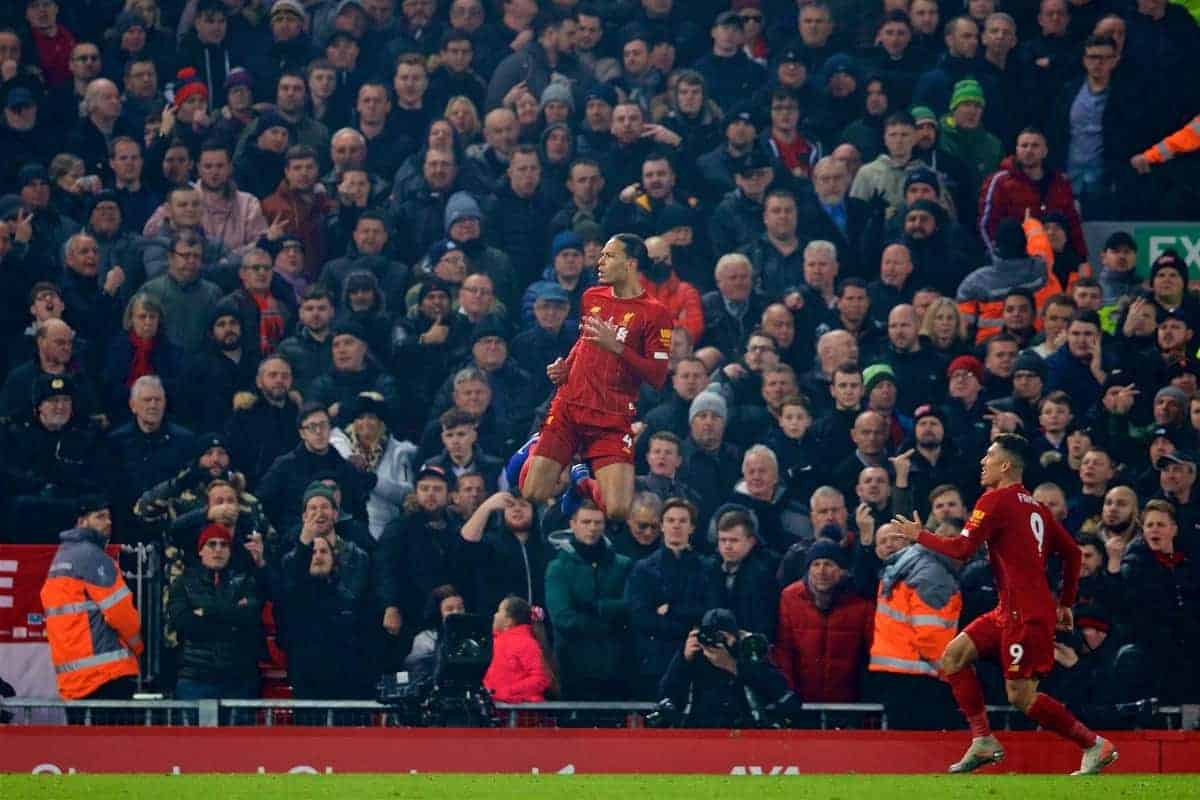 It is the right approach for Klopp to take, in line with Jordan Henderson‘s message after the game, but he is right to acknowledge that, given Liverpool’s incredible lead, fans should be positive.

That “very positive atmosphere” should remain throughout the rest of the campaign, because as much as the players cannot risk becoming complacent, neither can those in the stands.

Liverpool still need 10 more wins, and Klopp will be relying on the backing of the Kop to push Liverpool to the title.