Jurgen Klopp can find himself on equal footing with Bob Paisley as Liverpool host Everton in the FA Cup this afternoon.

The teams last met in this competition two seasons ago at this same stage when Liverpool won 2-1 at Anfield.

This will be the 19th FA Cup tie in which the Merseysiders will have faced each other, with Liverpool coming out on top in 11 of them.

It will be the 25th meeting between the clubs in this competition, making it the most played fixture in FA Cup history.

This will be Liverpool’s 193rd FA Cup game at Anfield and they have faced Everton five times – the first four ending in a draw, with the Blues coming out on top in three of the replays.

This will be the 235th meeting between the sides in all competitions with Liverpool winning 94 to Everton‘s 66, with 74 draws.

Liverpool are looking for a fourth successive home win over Everton for the first time since 1937 (in a sequence of 5).

Another Day, Another Competition 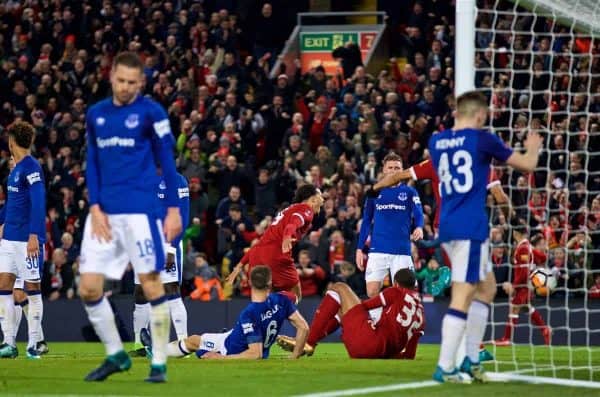 Liverpool have scored eight goals in their last eight FA Cup games and only once in the last 25 matches in the competition have they scored more than twice in a game – they beat Exeter 3-0 in 2016.

This is the third season in a row the Reds have met Premier League opposition in the Third Round (Everton twice and Wolves) and the fourth successive round they have faced top-flight teams (also West Brom).

The Reds have won just two of their last eight games at Anfield in this competition – a replay with Exeter in 2016 and the tie with Everton on 2018.

They have been eliminated at home in two of the last three seasons.

Today Klopp’s men will become the first team in English top-flight history to play in five different competitions in as little as 27 days.

An Early Place in History Books on the Cards 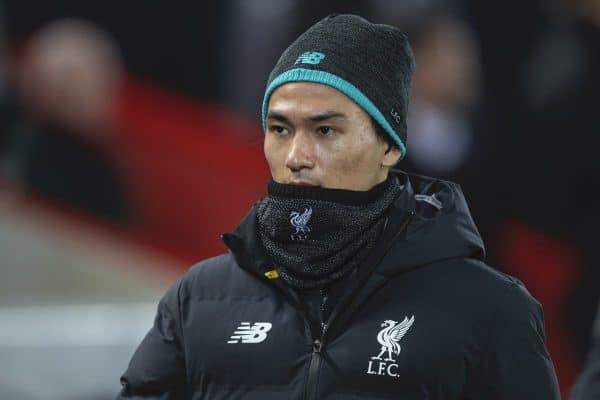 James Milner celebrated his 34th birthday the day before this game. He scored against Everton in the FA Cup, playing for Aston Villa, at Goodison in February 2009 and in this meeting two years ago.

If he scores today, he will become the fifth oldest player ever to score against the Blues in a Merseyside derby.

Sadio Mane’s next goal will be his 100th for an English club in all competitions.

Since 2017 the Reds have fielded Mo Salah, Mane and Roberto Firmino as a trio from the start in just one of the six meetings with the Blues in all competitions, and Firmino has yet to score against Everton in nine appearances.

Adrian scored a winning goal against Everton in an FA Cup penalty shoot-out at Upton Park in January 2015 in the Third Round.

In the tie between the clubs in 2018 Virgil van Dijk became only the third player since the war (following Billy Liddell and Daniel Sturridge), and the fourth ever, to score for the Reds when his debut came in a F.A Cup game.

If selected, Takumi Minamino could join that select band of players.

When scoring that goal, Van Dijk became the first player to score on his Liverpool debut in a game against Everton since Bill White in 1901.

Klopp is unbeaten in nine meetings with the Blues in all competitions, winning six and drawing three. Should he avoid defeat today he would equal the club record of most derbies undefeated from the start of a managerial career held currently by Bob Paisley (10).

The Reds have lost two of the last 71 Anfield fixtures – both coming in domestic cups – to West Brom (FA Cup) and Chelsea (League Cup) – both in 2018.

The Reds have won each of the last 38 games in which they have scored the first goal, including the penalty shoot-out victory over Arsenal in the League Cup.

They are unbeaten in league and cup in the last 52 games (49 wins, three draws) when scoring the first goal since losing to Chelsea at Anfield in the League Cup last season.

Liverpool have kept seven clean sheets in the last eight games in all competitions when Klopp has been present and conceded just one goal in that time.

More Records to be Broken?

The youngest ever player to appear for Liverpool in the FA Cup is Ki-Jana Hoever who was 16 years 354 days when he came on as a sixth-minute substitute in this round last year at Wolves.

The youngest Liverpool player to score in this competition is Sheyi Ojo who was 18 years 215 days when finding the net against Exeter at Anfield in January 2016.

No Liverpool player has scored an FA Cup hat-trick against the Blues.

Toffees Set for Another Sticky Situation?

Everton have played nine times at Anfield in the FA Cup – including four occasions as the home team. Their only defeat prior to 2018 came in January 1892 when they were beaten 3-1 by Burnley.

Everton have won four of the last 44 meetings home and away in all competitions – all at Goodison since the Blues last won at Anfield in 1999.

Home and away Everton have not won in the last 20 clashes in all competitions (drawing 10 and losing 10) since winning 2-0 at Goodison in the top-flight with goals from Tim Cahill and Mikel Arteta.

At Anfield, they have not won in 22 visits in league and cup (10 draws and 12 defeats), with 20 of those coming in the league. It is the longest sequence without a victory in their history.

A Thorn in Liverpool’s Side 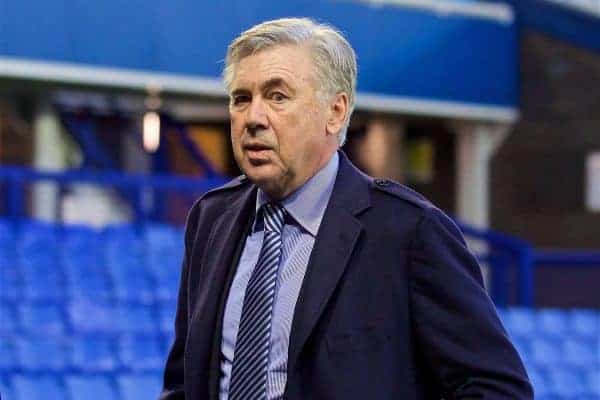 This will be the fourth season in a row that Everton have had a different manager in charge at the Third Round stage.

Carlo Ancelotti is the sixth different permanent Blues manager since they last won at Anfield. Walter Smith was in charge of Everton in 1999.

The Italian has faced Liverpool 12 times and has suffered defeat in just four of them, winning seven. He has faced the Reds twice this season with Napoli (winning 2-0 at home and drawing 1-1 at Anfield).

In those dozen encounters, Liverpool have managed to score a total of nine goals.

The Blues won twice at the beginning of his reign before losing 2-1 at Manchester City on New Year’s Day.

Everton have this season lost seven of their last 12 away games in league and cup.

Away from Goodison, they have not kept a clean sheet in the last eight games since winning 2-0 at Sheffield Wednesday in the League Cup back in September, conceding 16 goals in that sequence.

Home and away they have kept two clean sheets in their last 12 outings and they have scored one goal in the first half of the last five matches – at Newcastle last weekend. 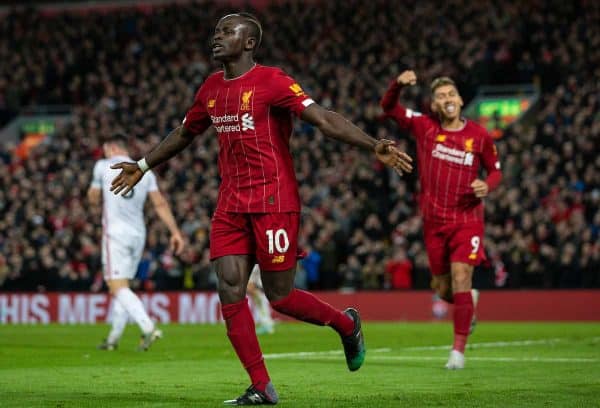