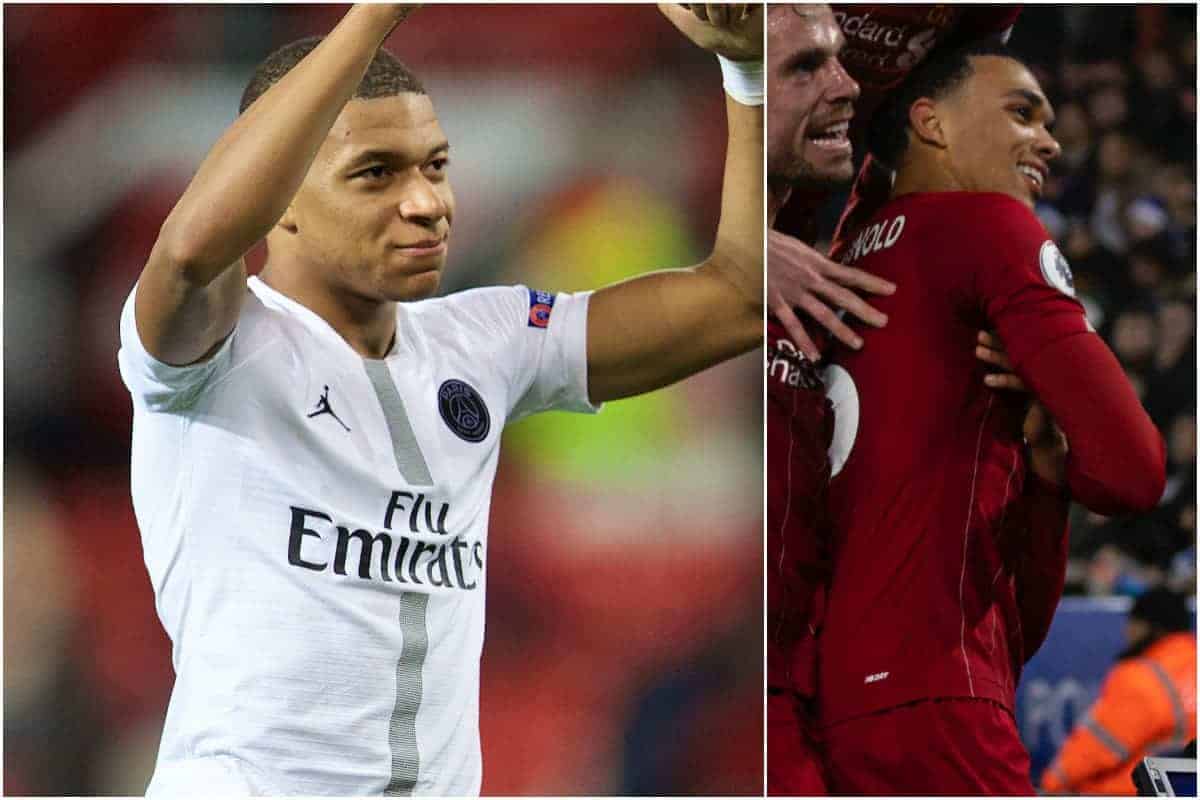 Kylian Mbappe has shown his respect to the “machine” at Liverpool, but refused to discuss a future move away from PSG amid speculation.

Mbappe has been regularly linked with a switch to Merseyside in recent years, with the Reds having previously failed to sign the Frenchman before he left Monaco.

The striker opted for PSG, officially arriving in a €180 million deal after an initial loan period, and now he has scored 81 goals and assisted a further 44 in just 109 games.

He has also scored 13 and assisted 10 in 34 games for France, including four goals and an assist on the way to winning the World Cup in 2018.

Liverpool’s new kit deal with Nike, Mbappe’s sponsor, has increased speculation over a possible move, and the 21-year-old certainly admires his would-be suitors.

“What Liverpool do in this moment is amazing,” he told BBC Sport in an interview this week.

Kylian Mbappe has opened up about his future ?

“They’re like a machine, they’ve found a rhythm and are like ‘we play again, we play again’.

“They’ve lost zero games. When you watch you think everything’s easy but that’s not easy.

Mbappe was also questioned on Trent Alexander-Arnold emulating his celebration after he scored in the 4-0 win over Leicester on Boxing Day, saying it made him “proud” because “this guy is amazing.”

Whether he would like to play alongside the No. 66 is unclear, however, as he took a respectful stance when questioned on a departure from Paris.

“Now I’m with PSG and I’m 100 percent with the club. I want to help the club throughout this season, and to win a lot of titles,” he said.

“The club has me because I came here at 18, I was a talent but I was not a superstar; and now I’m a superstar, thanks to PSG, thanks to the national team.

“I have to stay calm and to stay focused on PSG, 100 percent. After the end of the season, we will see, but now I’m focused on my game.”

This “we will see” will, of course, garner headlines in tabloid across the continent, but for now Mbappe’s focus is clearly on PSG, who currently sit eight points clear at the top of Ligue 1.

His attitude would certainly appeal to Jurgen Klopp, though, as he acknowledged that: “Everybody knows how good I can be, but now I have to work.

“Because I have to stay at this level. I have to be better.”