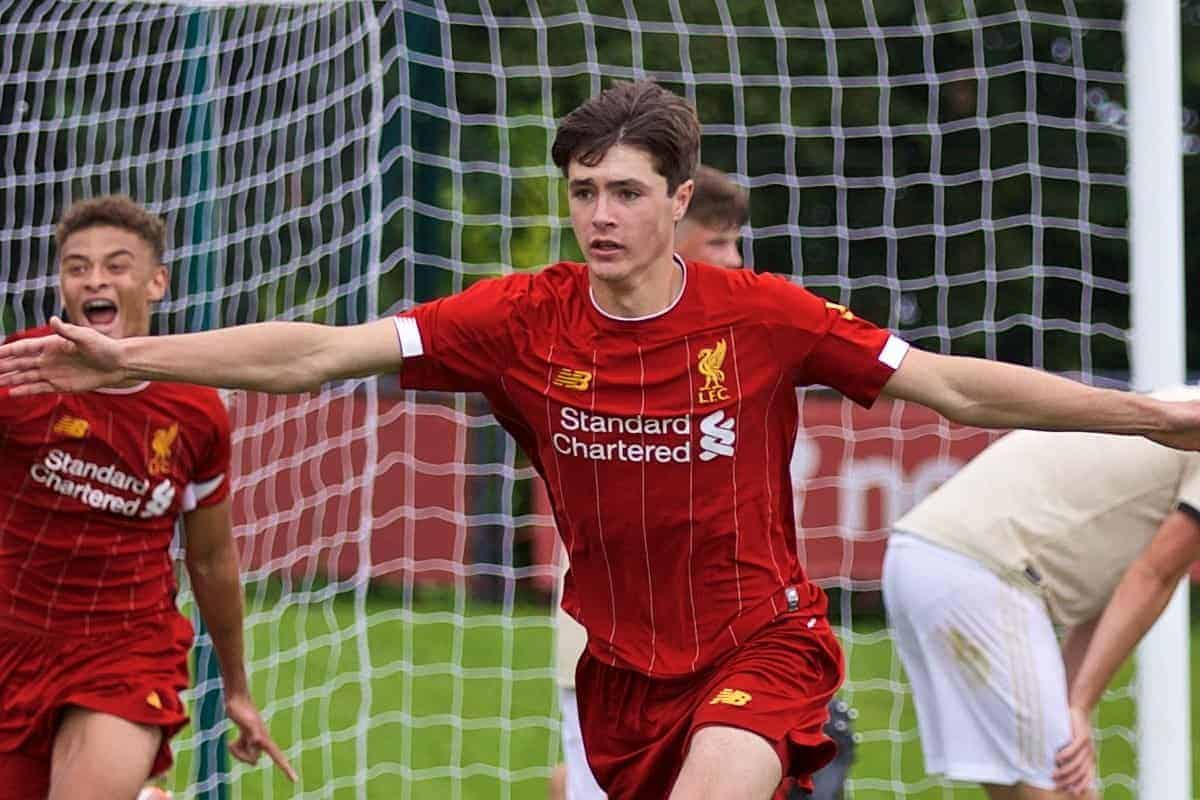 It was a comfortable afternoon for Liverpool U18s on Saturday, with the Reds’ exciting young striker Layton Stewart taking the chance to shine.

It was a clash of two teams on contrasting ends of the table, with Sunderland sat at the bottom after picking up just one point from 12 games, while the young Reds entered the clash in second.

Barry Lewtas‘ side were on the hunt for their fifth successive win across all competitions and a win here would move them within three points of leaders Man City, with a game in hand.

Two changes from the side who secured a thrilling win over Stoke saw Conor Bradley start at right-back while Fidel O’Rourke made his return from injury to lead the line alongside Layton Stewart.

It was a forward combination which almost led to Liverpool’s first goal of the afternoon, with Stewart’s run in behind the defence splitting Sunderland open, but O’Rourke could not sort his feet out in time to turn his delivery home from close range.

But with the Reds dominating possession and territory, the next opportunity was not far away and Tom Hill, who made his senior debut against Aston Villa, was the key instigator with a confident drive into space ending with a drilled finish into the bottom corner.

Although sloppiness crept into their play following the goal, Liverpool would arrest back their control and double their lead after Steward lobbed the ‘keeper after finding himself on the end of Remi Savage’s ball over the top, with the defender’s quick thinking duly rewarded.

Lewtas’ side were quick out of the blocks after the interval, with Owen Beck, James Norris and Stewart at the heart of the Reds’ positive moves as they continued to combine well on the left.

And it was the latter who saw his pressure off the ball swiftly rewarded as he doubled-back to goal and was fed in by O’Rourke to notch his second goal of the afternoon.

It was a quiet afternoon for Jakub Ojrzynski in between the stick on just his second start since his return from an ankle injury, where the young Reds kept their second clean sheet from their last six games.

And while a plethora of chances went amiss, Stewart was on hand to end his afternoon on a high as he secured his hat-trick, and his 16th goal of the season, with a sumptuous finish in the top right corner from a tight angle on the opposite side of the box.

The scoreline could have ballooned further, only for a series of chances to go begging as the final touch and ball evaded Liverpool.

The result solidifies Liverpool’s position in second place and keeps them within striking distance of City, who they meet in late February.