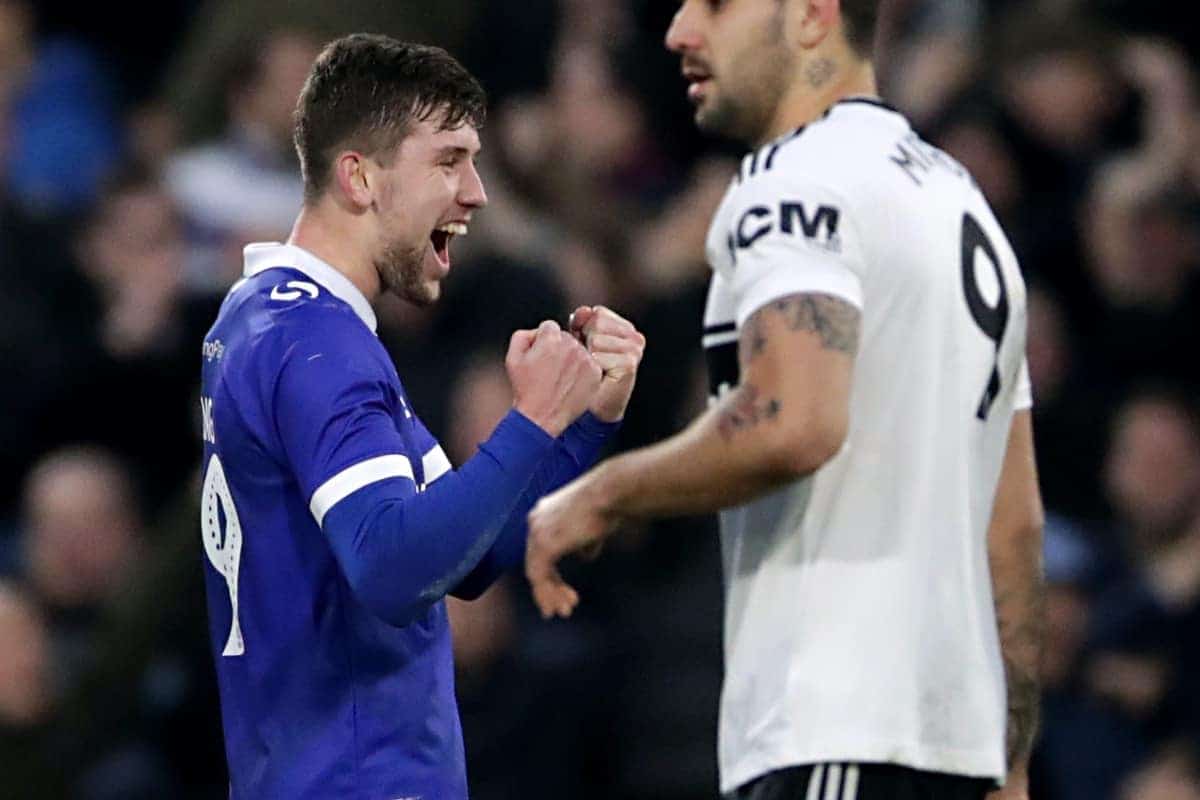 As an Everton fan, Shrewsbury striker Callum Lang grew up dreaming about scoring against Liverpool. On Sunday, he will try to dump Jurgen Klopp’s world and European champions out of the FA Cup.

For the 21-year-old Lang, on a season-long loan at Montgomery Waters Meadow from Wigan, the fourth-round tie will be personal.

Lang was at Anfield when a youthful Liverpool beat Everton 1-0 in the third round three weeks ago—his suffering enhanced as he was made to sit amid the home fans with his girlfriend’s family—but the result gives him a chance to face a club whose academy he once played in.

Lang was 10 when he joined Liverpool’s academy, playing alongside the likes of Trent Alexander-Arnold in their development teams, but he was at least spared from having to pull on a red shirt.

“In the development squad you wore your own kit,” Lang said. “I wore an England kit to keep it safe. I didn’t have it in me to wear the Everton kit. My dad wanted me to wear it, but England was safer.”

Despite his Everton connections, Lang admitted it was still a brutal day when he was released by Liverpool.

“When you get let go, you are gutted,” he said. “You’re crying like every kid is when they get released. Straight after that I went to Bolton and the same thing happened.

“As a kid your dream is to play football and it was looking like it wasn’t going to happen, but I went to Wigan and they gave me a contract straight away.” 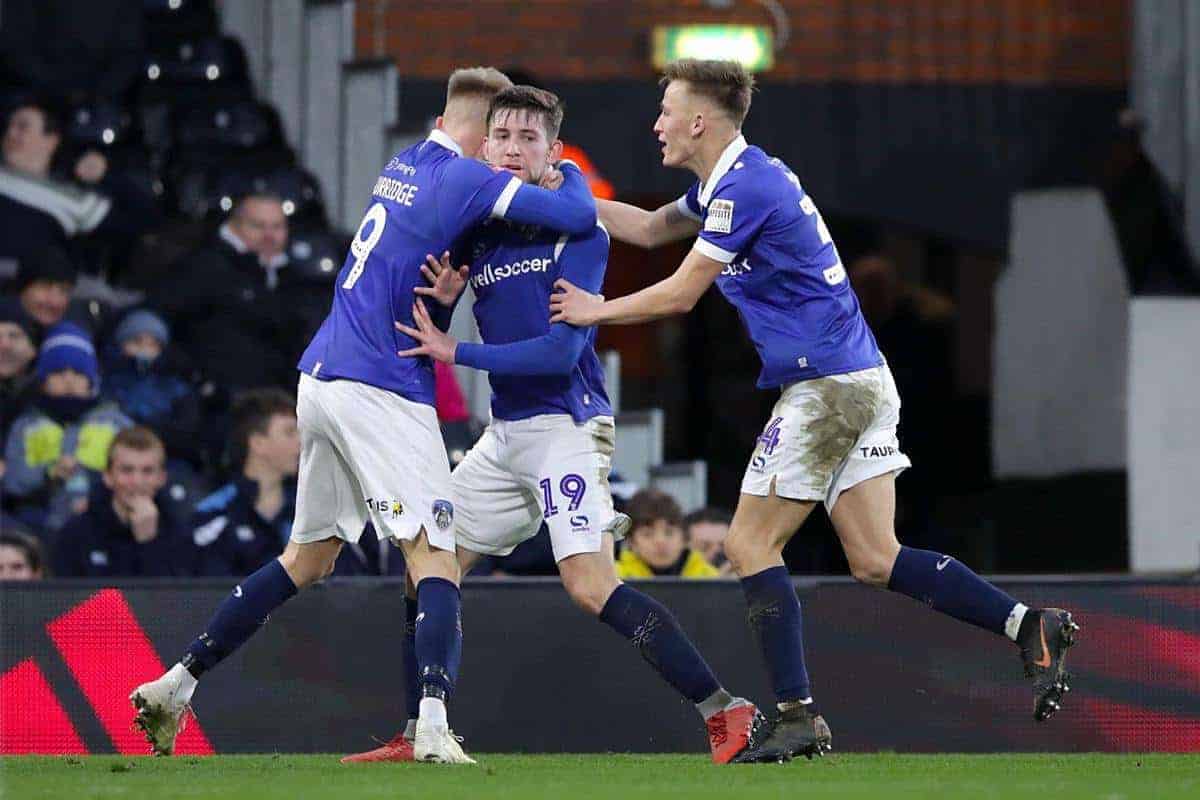 Lang has since spent time out on loan at Morecambe and last season was at Oldham, where he wrote FA Cup headlines with the winner over then-Premier League club Fulham in the third round.

“That is probably the highlight of my career so far,” Lang said.

“It was such a big game and I had all my family there. The way the game went, from 1-0 down to getting the equaliser, scoring the penalty and then scoring late, it was just the way it worked.

“It is a moment I will never forget. I still look at the video all the time.”

Lang admitted last season had been a strange one, with Oldham sacking Frankie Bunn before Paul Scholes’ brief, ill-fated spell in charge, but one he feels helped him develop.

His season-long loan at Shrewsbury has been hampered by a metatarsal injury which sidelined him for three months, returning in early January, but he is looking to take further steps under Sam Ricketts, who has his own ideas for Lang’s development. 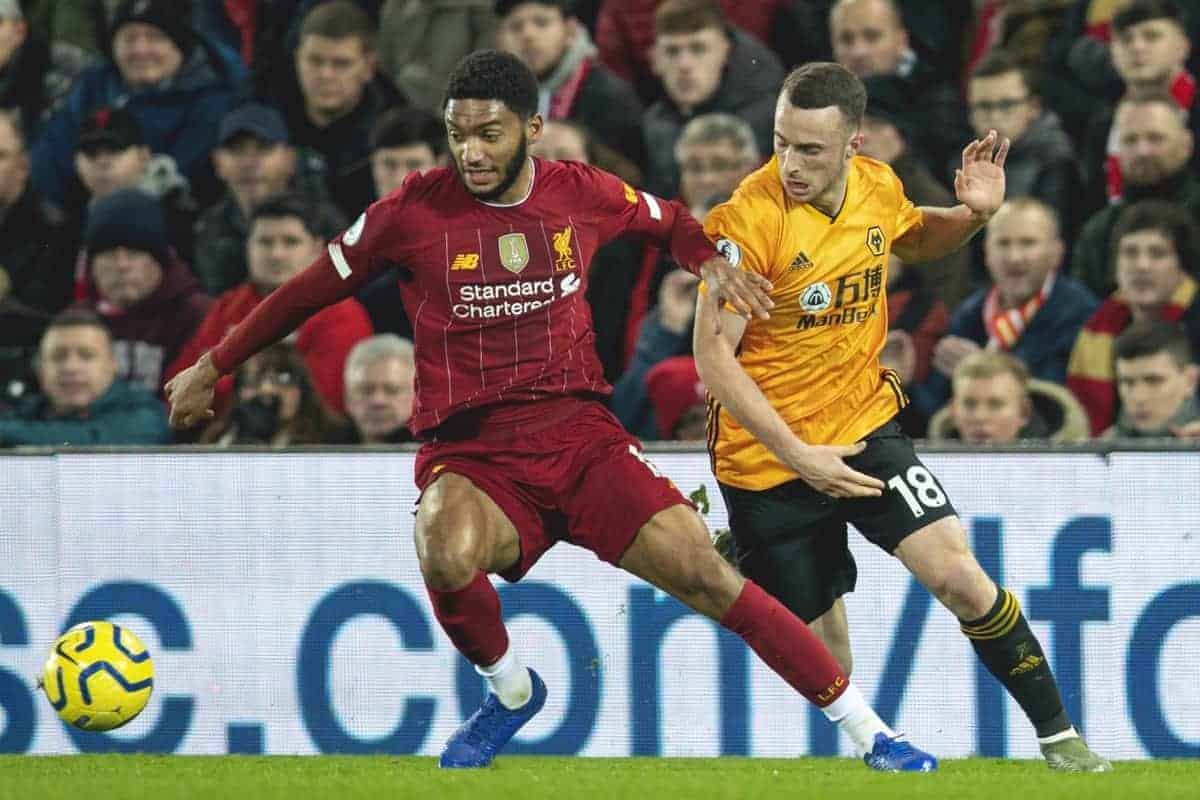 “This is only my assessment but I think he’s very similar to Diogo Jota at Wolves,” said Ricketts, who has encouraged Lang to study videos of the Portugal forward.

“He can play in a top two or drop into a three, he can go wide. He’s a goalscorer but he’s quick. They’re very, very similar players. Not big in height, in stature, but a nuisance to play against. Langy is very similar.”

Now Lang is hoping to be a thorn in the side for Liverpool this weekend.

“As a kid all I dreamed of was coming off the bench and scoring a little header last minute against Liverpool at Goodison or Anfield.

“Obviously if I can do it here that would be just as special. It is such a special moment for the club and I’m sure it will give me the same sort of feeling doing it in a Shrewsbury shirt as it would an Everton one.

“It is the stuff of dreams as a kid and a moment I have thought of since I was a boy.”