The Reds began brightly at Molineux as Jordan Henderson headed home Alexander-Arnold’s corner in the eighth minute, but were given a tough challenge by a well-organised host.

Raul Jimenez levelled the scores in the second half, with the Mexican beating Alisson with a header of his own following a cross from the inspired Adama Traore, and it seemed as though Liverpool would drop points.

But the relentlessness of Jurgen Klopp‘s side shone through as Henderson found a gap in the Wolves defence and laid it on for Roberto Firmino to score the winner.

Here are five key statistics from a night that saw the Reds go 16 points clear again. 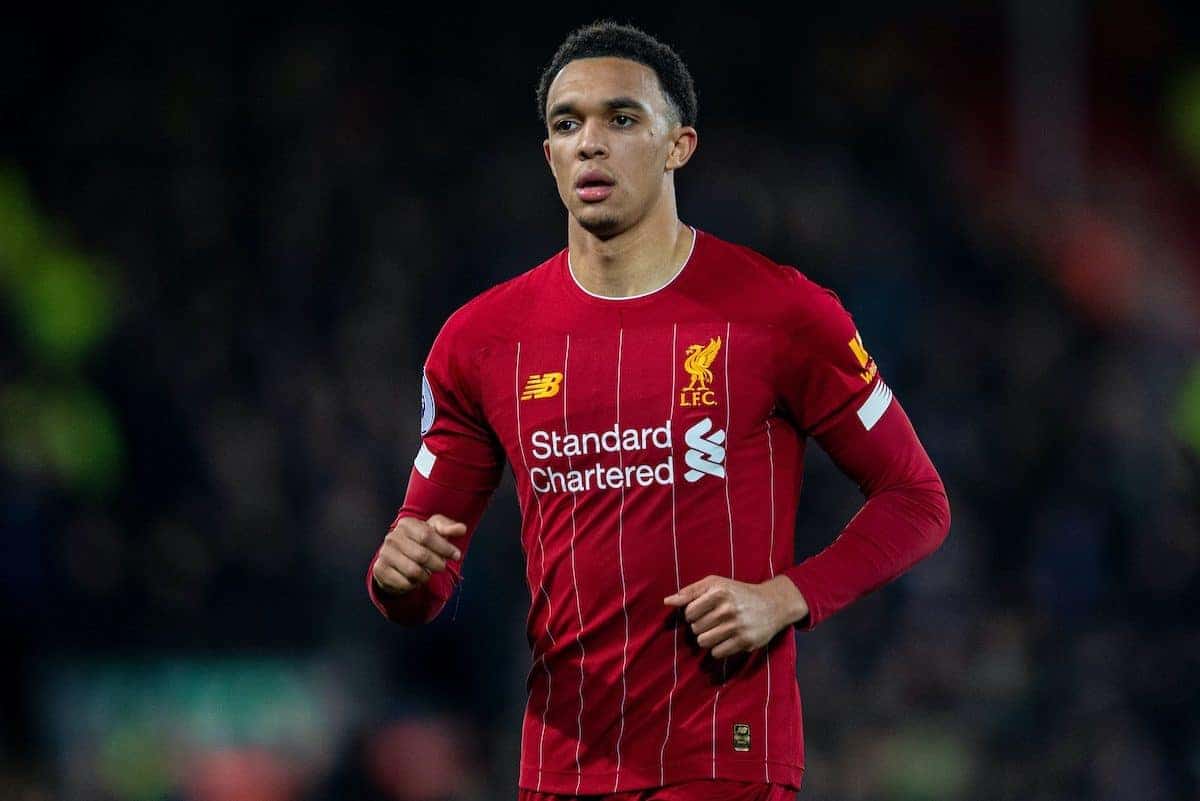 After the 2-0 win over Man United on Sunday, Klopp explained how work on the training ground led to Virgil van Dijk‘s header opener, and the same unfolded at Molineux.

Van Dijk found the back of the net in the 14th minute from an Alexander-Arnold delivery, while Henderson’s effort came with six minutes fewer on the clock in Wolverhampton.

The captain’s goal saw Alexander-Arnold record his 10th assist of the Premier League campaign, ensuring he has become the first defender to hit double figures in more than one campaign in the English top flight.

Last season saw the No. 66 register 12 assists in the league, and his 22 since the start of 2018/19 is at least five more than any other player according to Opta.

Furthermore, his 10 assists from dead-ball situations is also the most in the Premier League over that period. 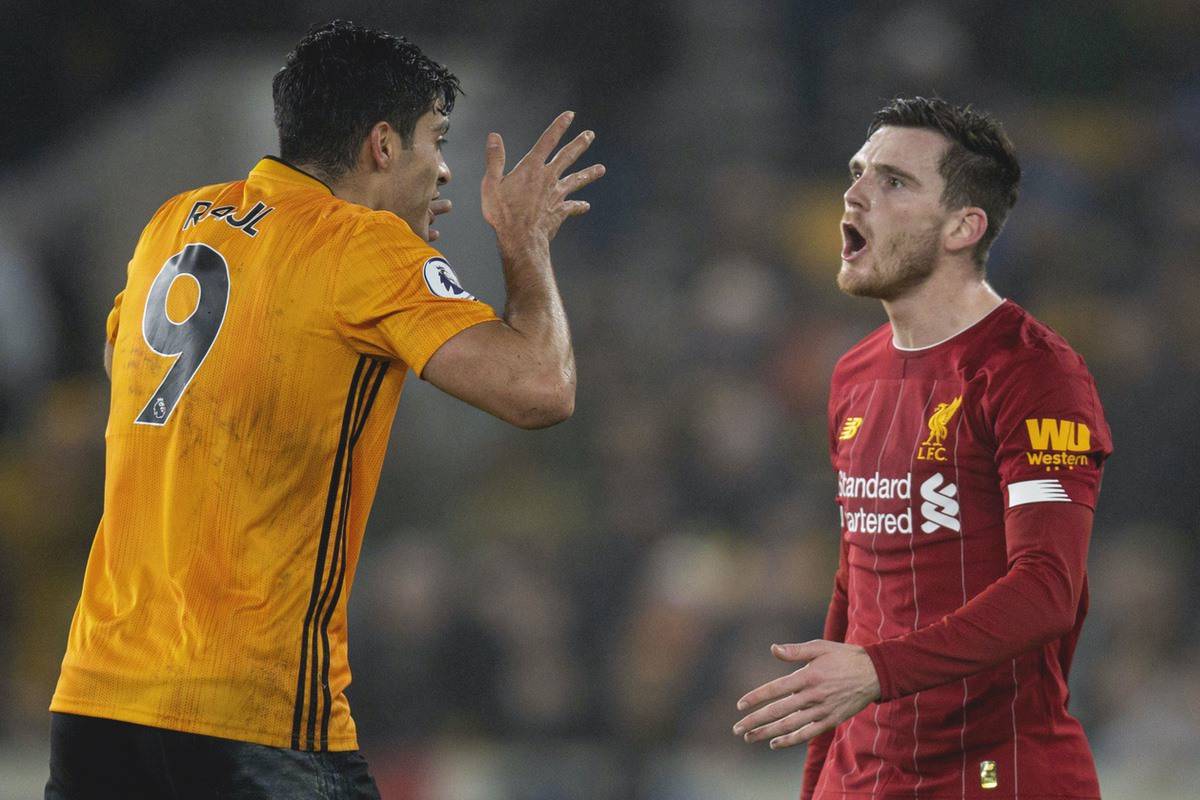 Alisson was, again, in excellent form on Thursday night, but the Brazilian will be disappointed to not keep an eighth consecutive clean sheet.

Despite make strong saves to deny Jimenez and Traore—one with his face—the striker’s second-half header serves as a blemish on an otherwise impeccable run of form for the No. 1.

That goal ended Liverpool’s incredible stretch without conceding, which lasted 50 days and 726 minutes of football:

Liverpool’s run of not conceding in @premierleague is over, following…

The fact remains, however, that Alisson has kept more clean sheets (30) than he has shipped goals (28) in the Premier League so far. 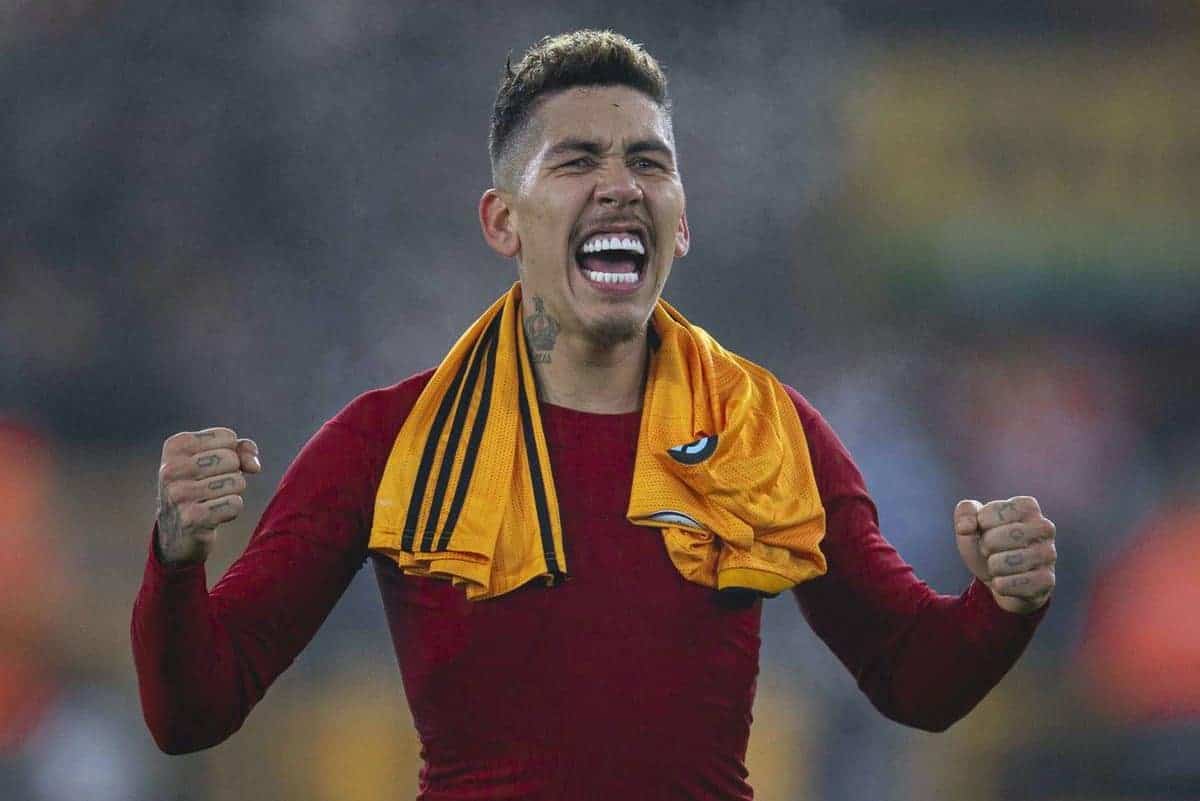 Earlier in the season, Firmino approached Klopp to express his concern over not finding the back of the net on a regular basis.

The Brazilian scored only four times in the first four-and-a-half months of the season, but he has now netted six goals in his last eight games, including match-winners against Monterrey, Flamengo, Tottenham and now Wolves.

Bizarrely, all 10 goals Firmino has scored so far this season have all come away from Anfield, with eight of those coming in the Premier League:

?? Roberto Firmino in @premierleague this season:

? No other player this season has more than 3 PL goals with all of them coming away pic.twitter.com/UnpQ1XEW58

No other player to only score on the road has record more than three in the English top flight, one of those away-day specialists being Wolves winger Diogo Jota (three).

Van Dijk (four) and Divock Origi (three) are among eight players to solely score at home. 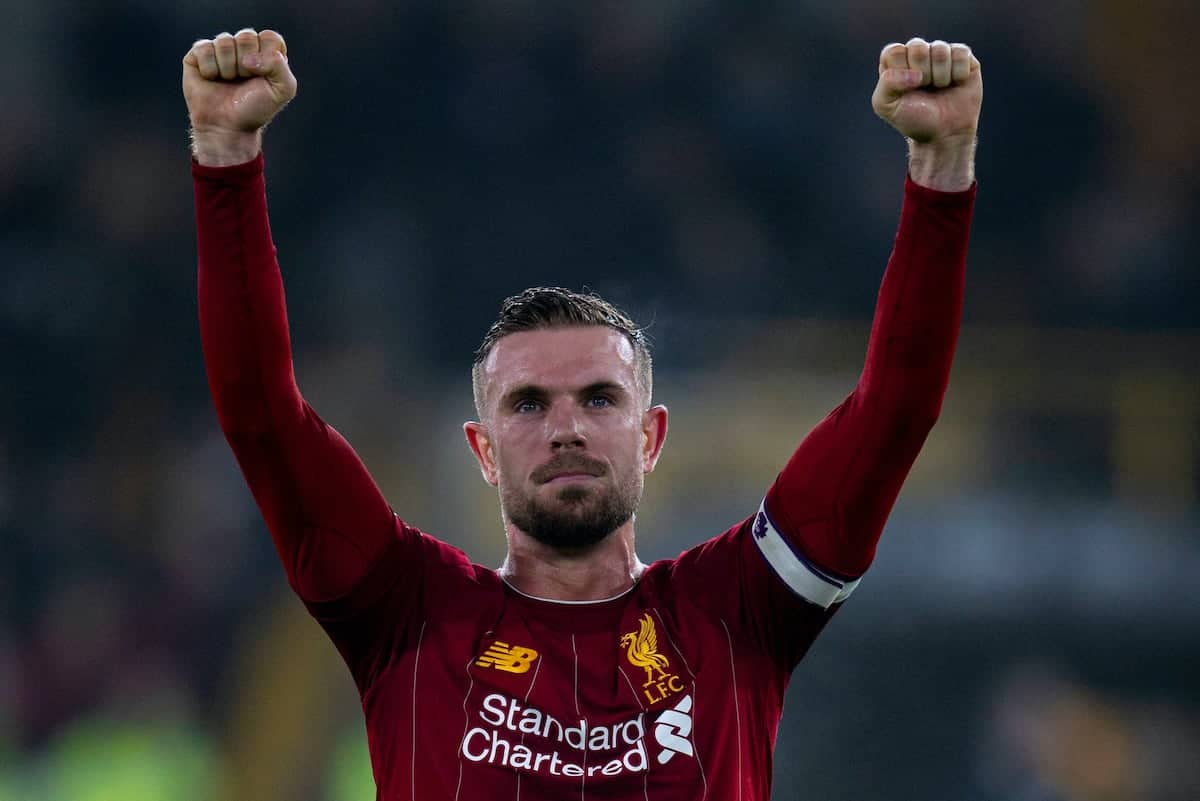 It is becoming increasingly undeniable that this Liverpool side are one of the greatest to ever grace world football.

This is particularly true of the Premier League, and not only due to their 16-point lead at the top of the table after 23 games—with, still, a game in hand.

As highlighted by Richard Jolly—a regular spotter of statistical quirks—the Reds have now taken more points from their last 32 league games than most title-winners in the history of the Premier League:

Liverpool have taken more points from their last 32 league games (94) than 24 of the 27 Premier League champions took in the entire season. Including some 42-game seasons.

Though it was a particularly difficult contest, Liverpool ultimately prevailed to secure another victory, and have now won 22 and drawn just one so far in the league.

The win also extended the Reds’ unbeaten run in the top flight to 40 games, drawing level with the second-best record in the top flight, with Chelsea also not losing over a 40-game stretch between 2004 and 2005.

Arsenal (49) currently hold the record for the Premier League, and as detailed by Opta, only two other sides in the history of the English Football League have gone longer than 40 unbeaten:

With 15 games to play, Liverpool could still surpass Arsene Wenger’s Invincibles comfortably on their way to the title.