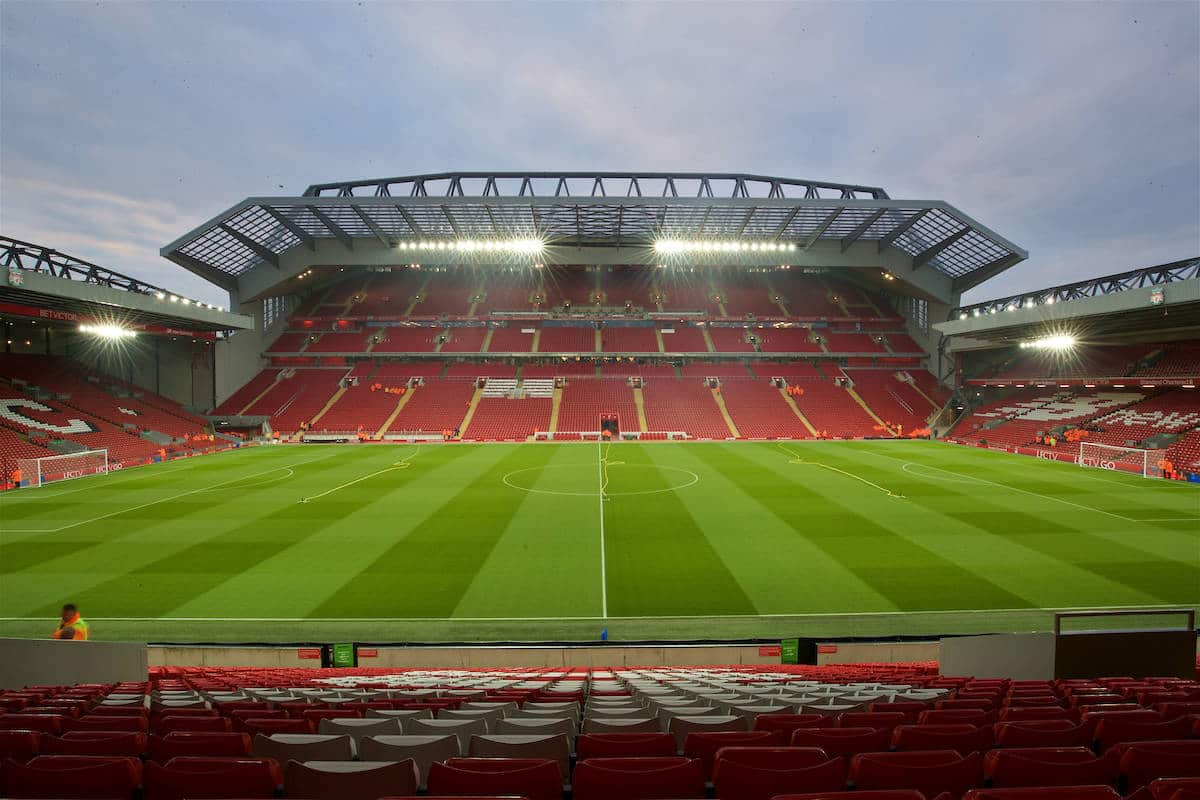 Liverpool host Man United in the Premier League today, where a chance to pick up the 21st win from 22 games awaits. Here’s how to watch on TV around the world.

Jurgen Klopp‘s men are back at Anfield with Man United the visitors, where a chance to stretch the lead between Ole Gunnar Solskjaer’s side to 30 points is on the table.

The 1-0 win at Tottenham last time out not only broke the record for the best-ever start to a league campaign across Europe’s five leagues but it also ensured the Reds 14 point advantage atop of the Premier League table remained – with a game in hand.

And while Liverpool are forging ahead at record-breaking levels, United are in a fierce battle to finish inside the top four – which they currently sit five points adrift of.

The last meeting between the two sides ended in a 1-1 draw with Adam Lallana cancelling out Marcus Rashford’s opener, ensuring Liverpool’s 3-1 win at Anfield remains the only victory to the Reds in the last 11 league meetings.

Can Klopp’s side make it two on the spin at Anfield today?

Liverpool vs. Man United is being shown live on Sky Sports Main Event and Sky Sports Premier League in the UK, which are available to live stream with NOW TV.

Get a Sky Sports Month Pass on NOW TV for just £20 (saving 40%) to watch Liverpool vs. Man United today, plus Norwich City vs. Liverpool on 15th February. Click here for this offer.

Liverpool vs. Man United is being shown live on NBCSN in the US, which is available to live stream with FuboTV.

Live audio commentary of Liverpool vs. Man United and a full match replay and highlights will also be available on LFCTV GO here.

You can follow all the action today and throughout 2019/20 with us by downloading the This is Anfield app for iPhone and Android for free.