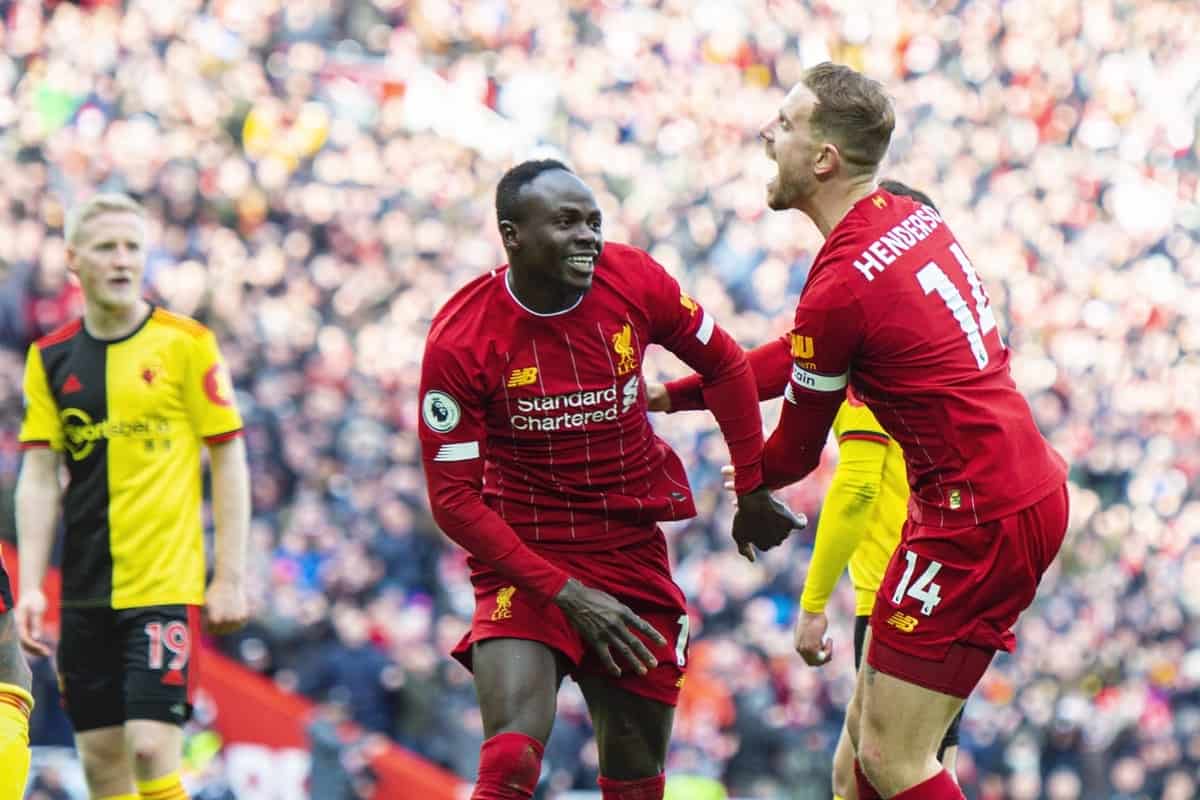 Liverpool head to relegation-threatened Watford on Saturday evening, but can the Hornets end the Reds’ remarkable winning run?

Jurgen Klopp‘s men weren’t at their best in their last outing, coming from behind to eventually beat West Ham 3-2.

It meant Liverpool matched Man City‘s record of 18 Premier League victories in a row—this weekend gives the leaders a great chance to go out in front on their own.

They will come up against a Watford side fighting for their lives, however, as they aim to avoid a return to the Championship.

With the match almost upon us, we spoke to Jordi Connor (@jordiconnor), co-presenter of the From The Rookery End podcast, to get his thoughts on the Hornets’ struggles, the Reds’ brilliance and Saturday’s clash.

Watford are 19th in the Premier League – how would you assess the season so far? 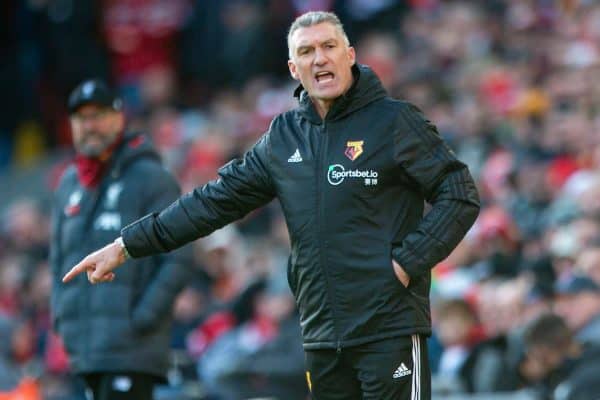 It has been a calamity.

One thing our clubs have in common this season is consistency. Sadly, Watford‘s has entailed them consistently shooting themselves in the foot.

It is galling to see close up.

Only three sides manage to get relegated every season and by definition you are surrounded by low achievers. To still be down there in March shows that we have failed to get our act together compared to previous seasons.

You can pick almost any match from this season and find a costly individual error—either up front or at the back—a poor refereeing decision or a piece of bad luck that has cost us.

It is so frustrating, yet somehow we are still in with a shout of staying up.

Do you think the Hornets will beat the drop?

You can toss a coin. Like I said above, Watford are surrounded by the worst teams, which gives us hope.

You can look at Norwich maybe having too much to do, Aston Villa and Bournemouth in poor form and with tough fixtures ahead, and West Ham defying their investment to lose regularly.

Every time I get my hopes up, though, we do something reckless and show why we are where we are.

Some Watford fans on social media have tried to look for the positives of relegation, but I can’t see any myself.

The Championship is like quicksand—if you don’t get out quickly you are sucked in for ages. I have seen plenty of seasons in that division to know that I prefer the Premier League.

The only positives that can come out of this season are that, if we stay up, it will give everyone a wake-up call and we will have had a bit of excitement. 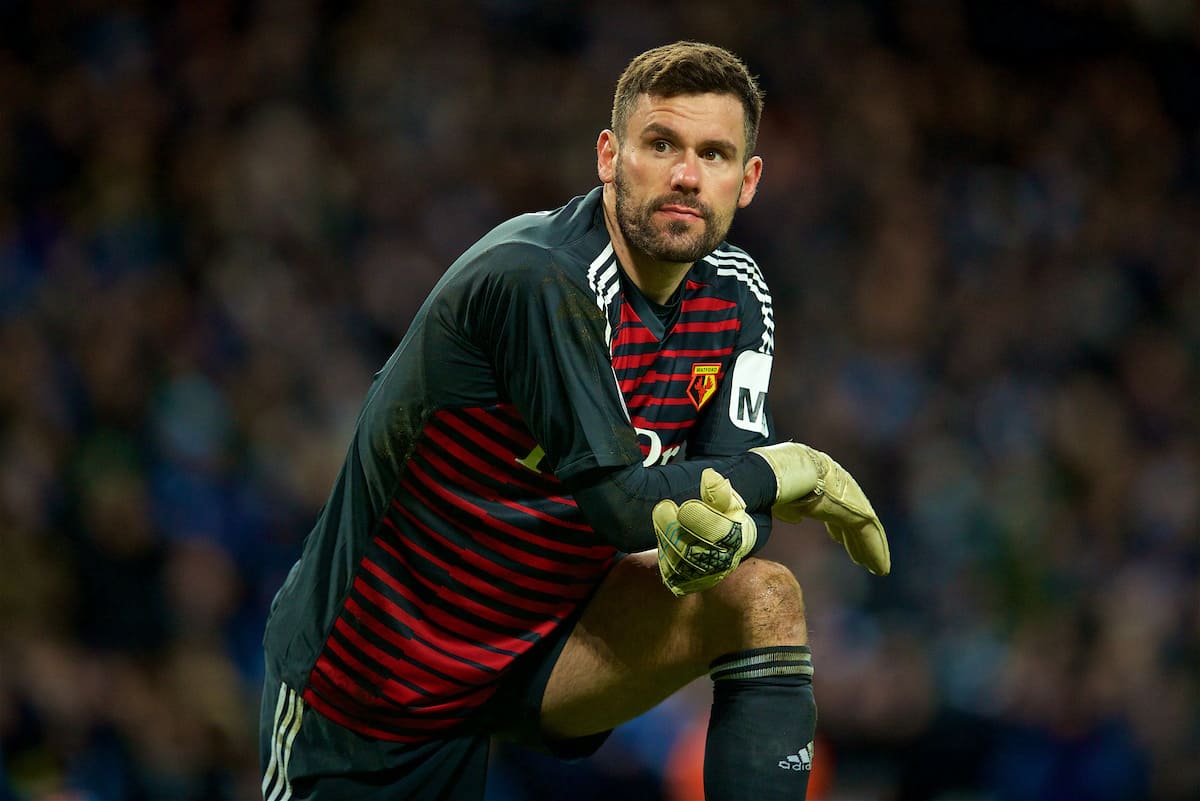 Normally this will have been players who have excelled, right? That’s not the case for us sadly. Too many poor performances and players have stood out for the wrong reasons.

That being said, Ben Foster is a great goalkeeper and we are fortunate to watch Etienne Capoue every week.

Ismaila Sarr is a great prospect, so keeping him fit and on form will be critical to our survival.

Are there any who have struggled? 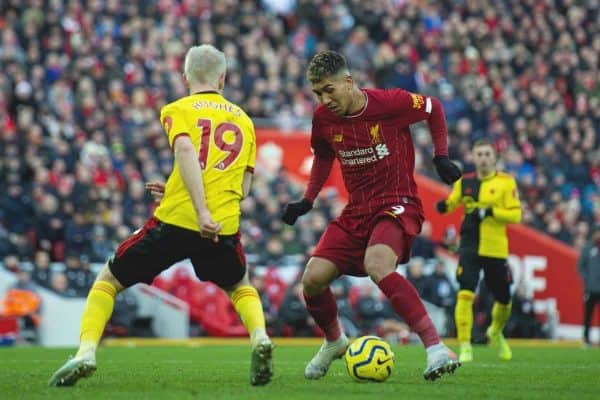 They all have at various points.

Nobody has been awful and I wouldn’t call them out if they had. Some have disappointed and I doubt any of our players will look back at 2019/2020 fondly.

Like I said, there have been so many individual errors all over the pitch, as well as in the boardroom.

They are right up there.

Last season’s points tally was exceptional and you won the Champions League, but this year you have left the rest of the league in your wake.

You have an excellent team, make sure you enjoy them.

There are obvious players who are more of an attacking threat, but you will have better players than us all over the pitch.

I wouldn’t be surprised if your defence ends up having more goals and assists than our strikers this season, so it’s not like we can focus on stopping one or two key men.

Mainly in our defensive third, I would expect.

We need to keep it tight and stay in the game, as I don’t think we will get many chances. We also need to be sharp to runners off the ball and win second balls, keeping it competitive for as long as possible.

We obviously can’t afford any of our signature individual errors and we certainly can’t let you win because you wanted it more.

If we switch off anywhere on the pitch, you can and probably will punish us. We gave you a good game at Anfield, but still lost and didn’t score.

Watford won’t be relegated by the result this weekend, however, and it is important that we emerge unscathed, mentally and physically.

We have to be ready for the upcoming games we need to get results from. 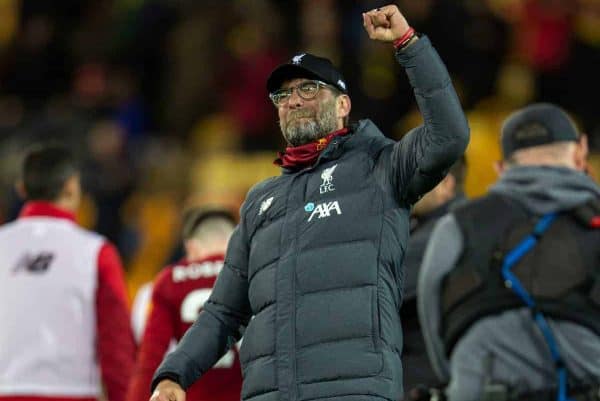 Realistically, though, I think you would win this game 90 or more times out of a 100, which sums up my level of confidence.

I would be delighted with a point.