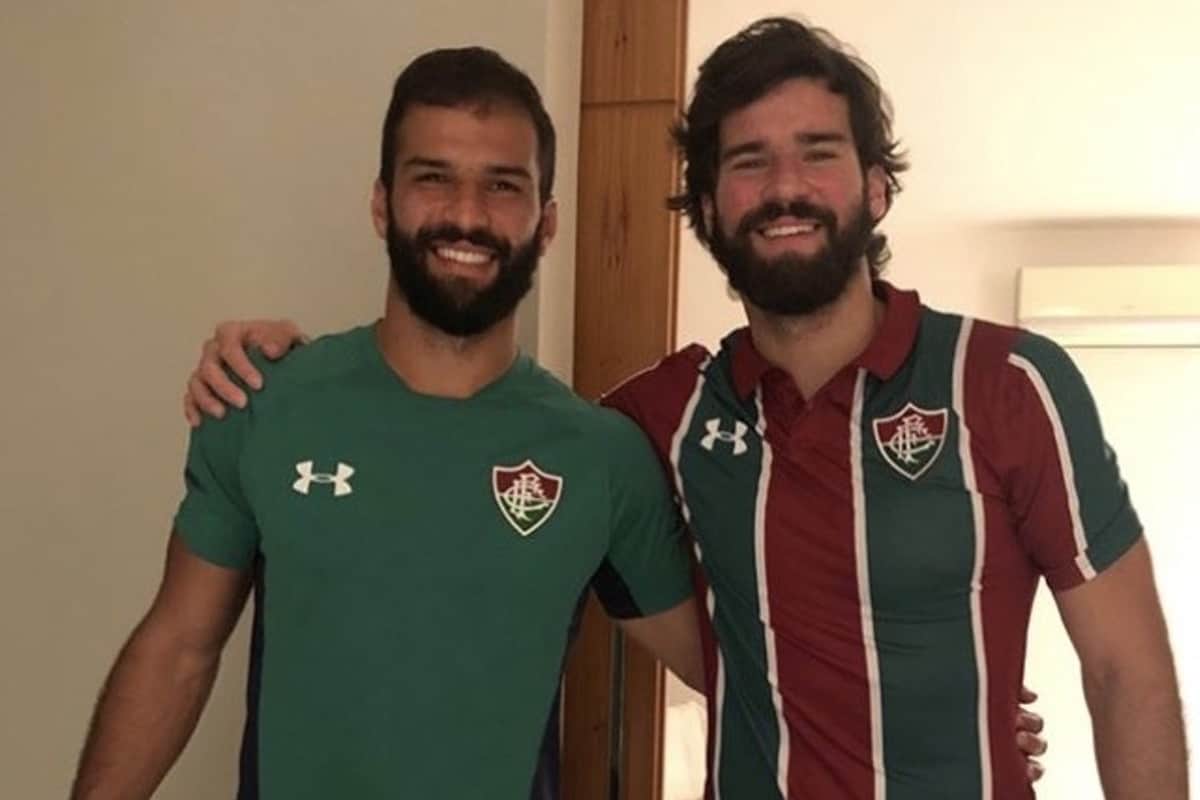 Alisson is spending his winter break back in Brazil, and joined his brother, Fluminense goalkeeper Muriel, in training at their CT da Barra complex.

The 27-year-old left Merseyside after the 4-0 win over Southampton on Saturday, with Jurgen Klopp providing his squad with a week off ahead of the trip to Norwich.

And while James Milner watched an academy side beat Shrewsbury 1-0 in their FA Cup fourth-round replay, Alisson was in his native Brazil, at the Maracana.

Liverpool’s No. 1 was only a spectator, of course, with his brother Muriel in action for Fluminense in their 1-1 draw with Chilean side Union La Calera.

But earlier in the week Alisson visited the club’s training ground to take part in sessions as he maintains his fitness during a busy campaign.

He trained with a host of young players, while Muriel and the first team prepared for their Copa Sudamericana clash in Rio de Janeiro.

Alisson wore a Fluminense shirt in the stands at the Maracana, and afterwards took to Instagram to share a photo of him and Muriel, sharing his “pride” in being alongside a “giant.”

Liverpool have provided their departed senior players with individual training programmes, and Alisson will be monitored as he continues work in Brazil before returning later this week.

Fluminense assured the club, however, that they were “treating your goalkeeper as if he were our family here,” in a post on Twitter on Wednesday.

Muriel is Alisson‘s older brother, at 32, and they previously played at the same club, Internacional; Muriel was on the bench 39 times while Alisson was No. 1, while the younger Becker was backup on 12 occasions.

In 2018, Alisson described Muriel as “the most important person in my story,” in his column for The Player’s Tribune.

“I was playing with his friends, and they were all older and bigger than me,” he recalled.

“So when it came to picking teams….well, of course, the short kid had to go in goal. It wasn’t even up for discussion, you know?

“But that was OK, because I liked going in goal. Actually, I loved it.”

Alisson has ultimately enjoyed more success than his brother, as first-choice goalkeeper for Brazil and Liverpool, but he has remained a loyal supporter of Fluminense’s No. 27.