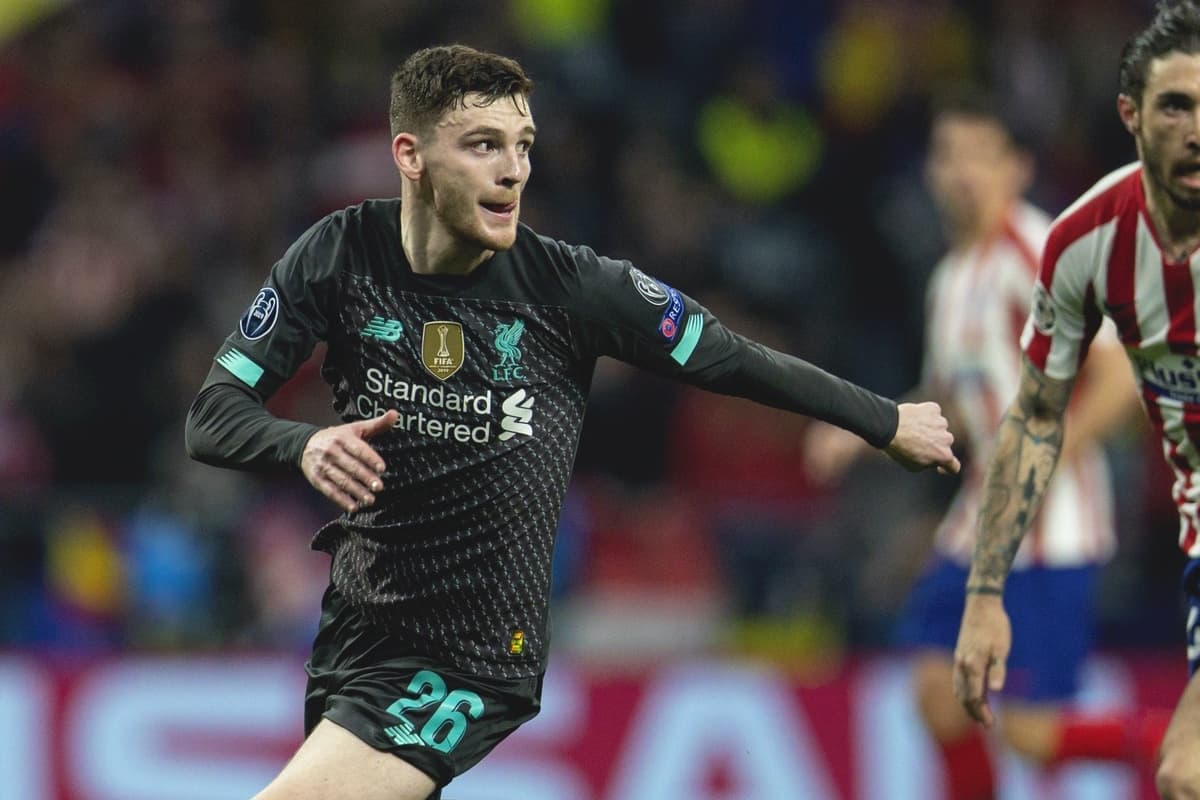 Andy Robertson criticised Atletico Madrid for “falling over” throughout their 1-0 win over Liverpool on Tuesday, and is now relishing the second leg at Anfield.

Atletico enjoyed the perfect start in Madrid as Saul Niguez benefited from a corner eluding the Reds’ defence to convert, before setting in with a cynical approach.

With the home crowd behind them, Atletico continually influenced referee Szymon Marciniak, which clearly frustrated their visitors and depriving them of momentum.

The scoreline gives Liverpool a big chance of still progressing, despite not scoring an away goal in Madrid, with the return to Anfield coming on March 11.

Of course, there is precedent for the Reds advancing against the odds in Europe, and in an interview with BT Sport directly after full-time, Robertson laughed off how Atletico “celebrated as if they’ve won the tie.”

“We gave them the best possible start for them to get the fans up behind them and they could start falling over and trying to get under our skin a bit,” he explained.

“I think we handled it quite well, to be honest, with them falling over quite easy and we got on with it.

“But we know we are better than that. We put in a decent performance but we know we can do better and luckily we have a second leg to put it right.”

Joining Robertson on the pitch after the game, Virgil van Dijk agreed that “we have another 90 minutes to set it straight and we should be full of confidence still.”

“I think that’s the way they play, that’s a bit of the Spanish football as well,” he said of Atletico’s tactics.

“You have to adapt, but we knew it and I think as Robbo said we handled it pretty well.

“Obviously sometimes it’s not easy, but it’s part of their game and we need to adapt.”

Questioned on Diego Simeone’s roaring celebrations, Robertson issued fighting talk to their LaLiga opposition, ahead of the second leg next month.

“That’s what he is. When you’re not playing against him it’s probably great to watch, he’s full of enthusiasm, I think he was like that as a player,” he said.

“We’ve got no problem with that, but they’ve celebrated as if they’ve won the tie after the game.

“So, look. Let’s see. We’ve got a couple of weeks, we’ve got Premier League business to take care of, and they’re coming back to Anfield.