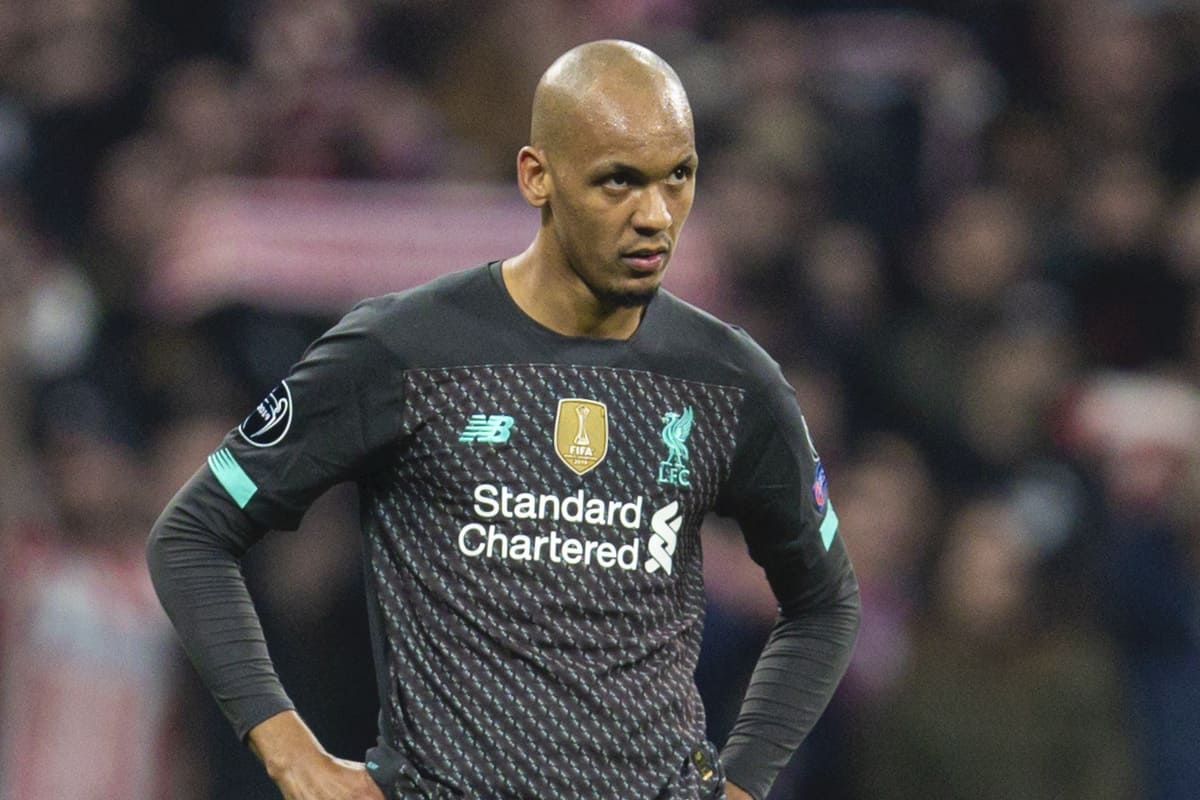 A frustrating night saw Liverpool lose 1-0 away to Atletico Madrid on Tuesday in a difficult match.

Jurgen Klopp‘s men restarted the defence of their European crown, heading to the Wanda Metropolitano for a tricky-looking assignment in the first leg of their last-16 tie.

That proved to be the case, with Saul Niguez’s early goal the difference between the two sides.

Liverpool didn’t register a single shot on target in Madrid as the hosts defended doggedly and the officials did nothing to help the Reds’ cause.

A big performance is required in the second leg in three weeks’ time, as Klopp’s side look to overturn the deficit. 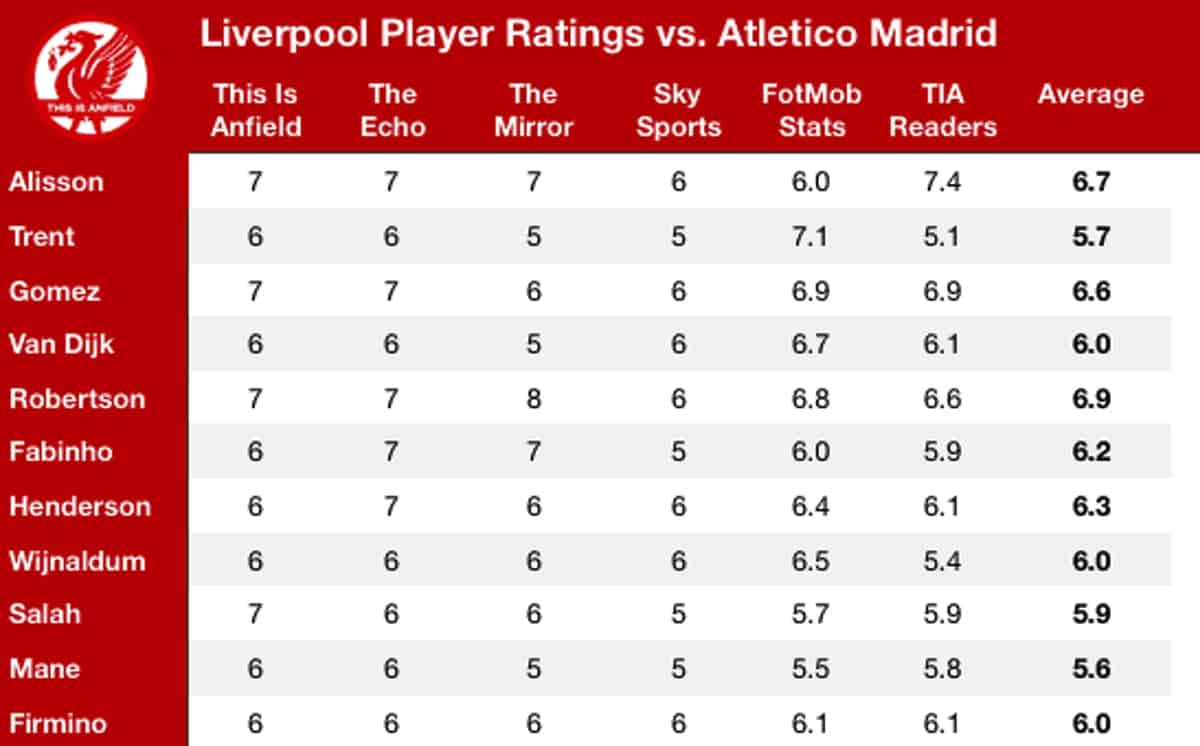 Andy Robertson (6.9) took home the highest average rating, but the fact that he finished highest with such a mediocre score summed up Liverpool’s display.

The Scot was a constant source of energy down the left-hand side, and unlike many of his teammates, he did at least look like making things happen.

Andy Dunn of the Mirror hailed some “quality defending” from Robertson, not to mention that he “always looked a threat going forward.”

Next up was Alisson (6.7), who made an important second-half save and generally did nothing wrong. 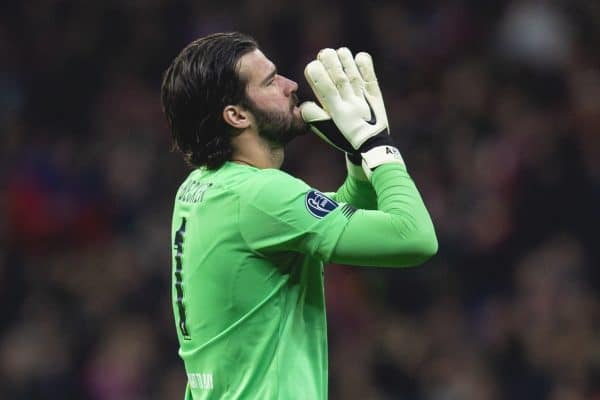 TIA’s Jack Lusby described it as “another solid night for Liverpool’s No. 1,” while Ian Doyle of the Echo highlighted the Brazilian’s “big save” to deny Alvaro Morata.

In third place was Joe Gomez (6.6), on an evening when he outperformed a curiously below-par Virgil van Dijk (6.0).

He was “arguably the most assured” Reds defender on show, according to Lusby, and Dunn echoed that sentiment.

Sadio Mane (5.6) unfairly took home the wooden spoon, considering he went off at half-time, with Trent Alexander-Arnold (5.7) possibly the most off-the-boil performer in Madrid.

Liverpool now have a six-day break before their next outing – the visit of West Ham in the Premier League on Monday evening.