Liverpool have been linked with a transfer move for Brazilian striker Evanilson after the club sent scouts to watch the 20-year-old in action for Fluminense.

The forward only made his league debut for Fluminense last November, and only started his first game for the club in the final match of the 2019 season, against Corinthians in December.

It didn’t take him long to make an impact, scoring with just his second touch of the game, moving from the far post to near post to turn Nene’s cross past Cassio, the Corinthians goalkeeper who was backup to Alisson at the 2019 Copa America.

But it was his second goal, not quite half an hour into his first senior start, which really showed his composure and technique.

Fluminense were camped in the Corinthians’ area as a flurry of mis-hit efforts and half-clearances led to a fairly chaotic passage of play.

18-year-old Marcos Paulo was eventually able to exert some kind of control over proceedings, finding Evanilson with a neat one-touch pass, before time appeared to slow down as the No. 17 assessed his options.

Obviously, the best option was to curl a right-footed effort beyond the crowd and past Cassio into the far corner.

“Golazo!” exclaimed the excitable Brazilian commentator as the youngster scored his second goal in 28 minutes, and it’s easy for commentators and fans alike to get excited about this player—and maybe easy for some scouts, too.

Liverpool are one of several European sides to have sent scouts to run the rule over the player now he has been introduced to the senior setup at Flu. 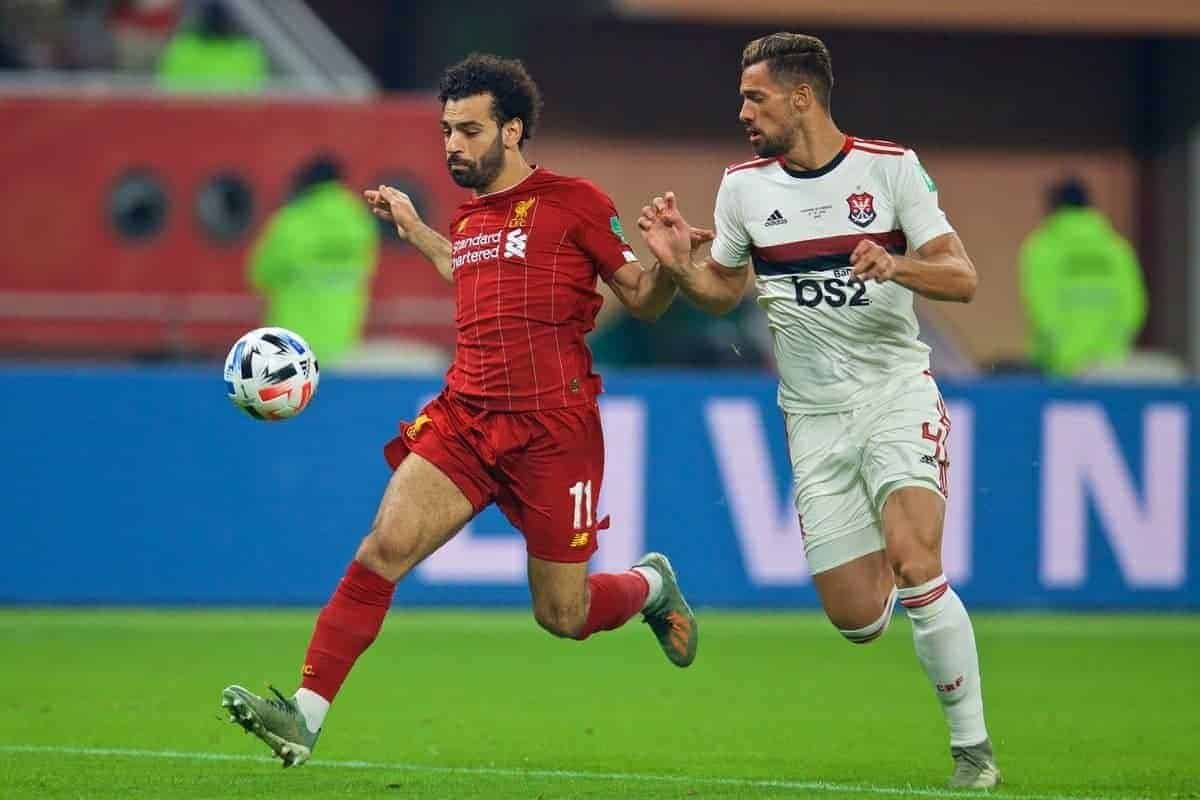 He has progressed through the youth teams at the Rio de Janeiro club, who are local rivals of Liverpool’s Club World Cup opponents Flamengo. But as well as appearing in these youth sides, he also had a short spell at Slovakian club Samorin.

From 2015 until the end of last season, the 2. Liga side had established a link with Fluminense and Evanilson was one of the players able to take advantage of this. Though it was at a lower level, and only for a short period of time, this time in Slovakia means he has experience working away from home and in another type of league with a different style of football.

He scored three goals in six games during the loan spell, and it appears to have convinced his Brazilian club that he can play through the middle just as well as he can from the wing.

A right-footed player who isn’t afraid to use his left when needed, Evanilson stands at somewhere between 5ft 3in (160cm) according to Football Manager data, to 6ft 3in (193cm) according to Transfermarkt.

In reality, he looks similar in stature to Roberto Firmino: not small, but not quite 6ft, either.

There are also shades of former Porto (and Bolton Wanderers) striker Mario Jardel about his appearance. He’s a well-built player but one who is quicker than Jardel was and has played on the wing throughout his youth.

He was born in the far north of Brazil in Fortaleza, the same birthplace as Jardel and long-time underrated Bundesliga Brazilian Raffael of Borussia Monchengladbach.

Evanilson likes to take players on and isn’t afraid to try flicks and tricks, but all with purpose. This helps his link-up and hold-up play; he’ll drop deep to combine with midfielders and has the awareness to find a team-mate in these situations. He also likes a back-heel.

The prerequisite for a Liverpool player is a good engine and a high work rate, which Evanilson has.

Evanilson’s contract was set to expire in February but he recently signed a pre-contract agreement with Tombense — a lower division club related to one of Evanlison’s representatives.

Fluminense then agreed a deal with Tombense and the player’s representatives to secure his services until December 2021.

This new deal also means Fluminense hold some of the player’s economic rights, ensuring they receive their cut of any future sale, suggesting that this is what they have planned for him long before that deal runs out in 2021.

The Reds are among a number of clubs keeping an eye on the situation, and the fact he should be playing more regular first-team football in the Brazilian top flight in 2020 and they will also hope he begins to receive international call-ups, all of which will help with work permit issues.

Unfortunately, he will not be part of the Brazil squad for Conmebol’s Olympic qualifying tournament this month, but Fluminense have now played their part by offering him a way into the senior side, where he could become one of the standout young players in Brazil in 2020.