An outstanding performance from Liverpool’s young team against Shrewsbury saw the Reds through to the next round of the FA Cup.

Looks to distribute the ball early, and will go long with a kick from hands if the option is on.

Well positioned for David Edwards’ shot which he saved before Shaun Whalley put in the rebound and was given offside by VAR.

Claims a ball well in injury time to help Liverpool secure the win. 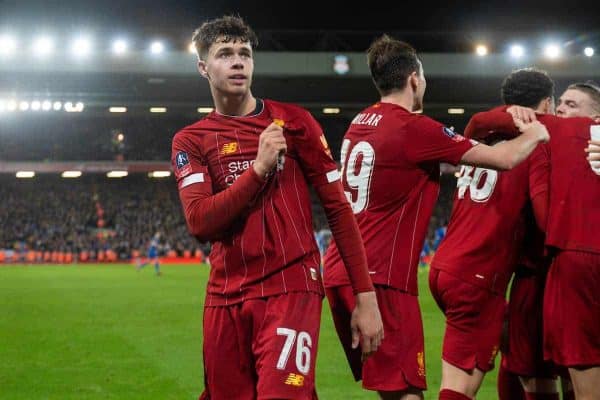 His ball into a dangerous area caused confusion between Ro-Shaun Williams and his goalkeeper, and the defender headed into his own net — the only goal of the game.

Gets forward well, came closest to scoring for Liverpool in the first half, sending his shot just wide of the far post.

Had more efforts on goal than any other player. Sent a couple of them over the bar and saw an effort saved when Eliott’s ball across the box rolled into his path.

Good defensive header from a corner just before half time showed he can contribute on the other side of the game too.

Sweeps up well alongside his centre back partner who tended to be more pro-active.

Good on the ball. Shades of all three of Virgil van Dijk, Joe Gomez, and Joel Matip in his game.

Important intervention late on as a cross came in.

Calm header back to Kelleher under pressure, and contributed well throughout.

Much improved from his other outings with the first team in the Carabao Cup.

Appears more settled in the Liverpool system, as well as more comfortable on the bigger stage.

Like Williams on the right, the left-back was given lots of space down his flank by Shrewsbury’s narrow midfield formation.

Played a good ball through to Millar early on, and one cross in the second half was particularly dangerous and almost led to a chance for Elliott.

Hit a free-kick into the wall. 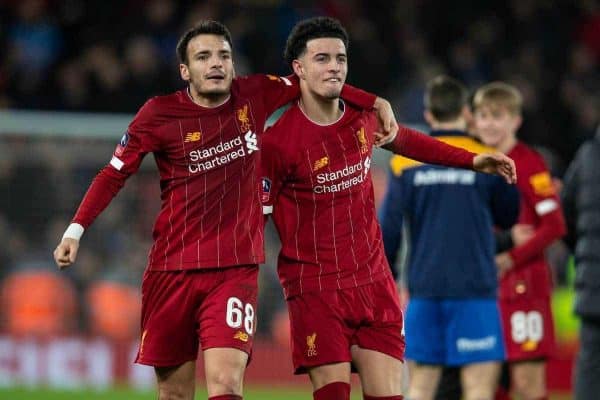 Leads the team well in these situations. Always directing things in the middle and giving encouragement.

Led the applause for Millar, encouraging the crowd to join in as the forward was substituted.

Covered well to stop a Shrewsbury break in the first half, and was good tactically.

A nice lofted ball over the top to Clarkson led to one of the chances for Williams.

Kept things simple and ticking over as part of the midfield group which dominated possession.

A clever through-ball to Elliott set up one of Liverpool’s best chances.

Like Cain, was neat and tidy in midfield throughout.

Good at making space for himself. Leaves a Shrewsbury defender on the floor with one early touch.

Almost creates a chance for a second goal late in the game but his pass was slightly overhit.

Good presser. Put in a good shift through the middle with some tireless work off the ball and good runs to create space for others.

Couldn’t get too involved too much on the ball himself, but the Canadian international showed he has the required work rate to play up front in such a system.

Good pressing in support of Millar, and showed great skill on the ball throughout.

Nutmegs Ro-Shaun Williams to win a free-kick, gets a knock to the face for his trouble, but gets back on the pitch and does a Rabona cross into the box with his next touch.

Fired one from distance early on in the second half but it was straight at Shrewsbury goalkeeper Max O’Leary.

Worked himself into a good position following Chirivella’s ball over the top despite not taking the first chance. 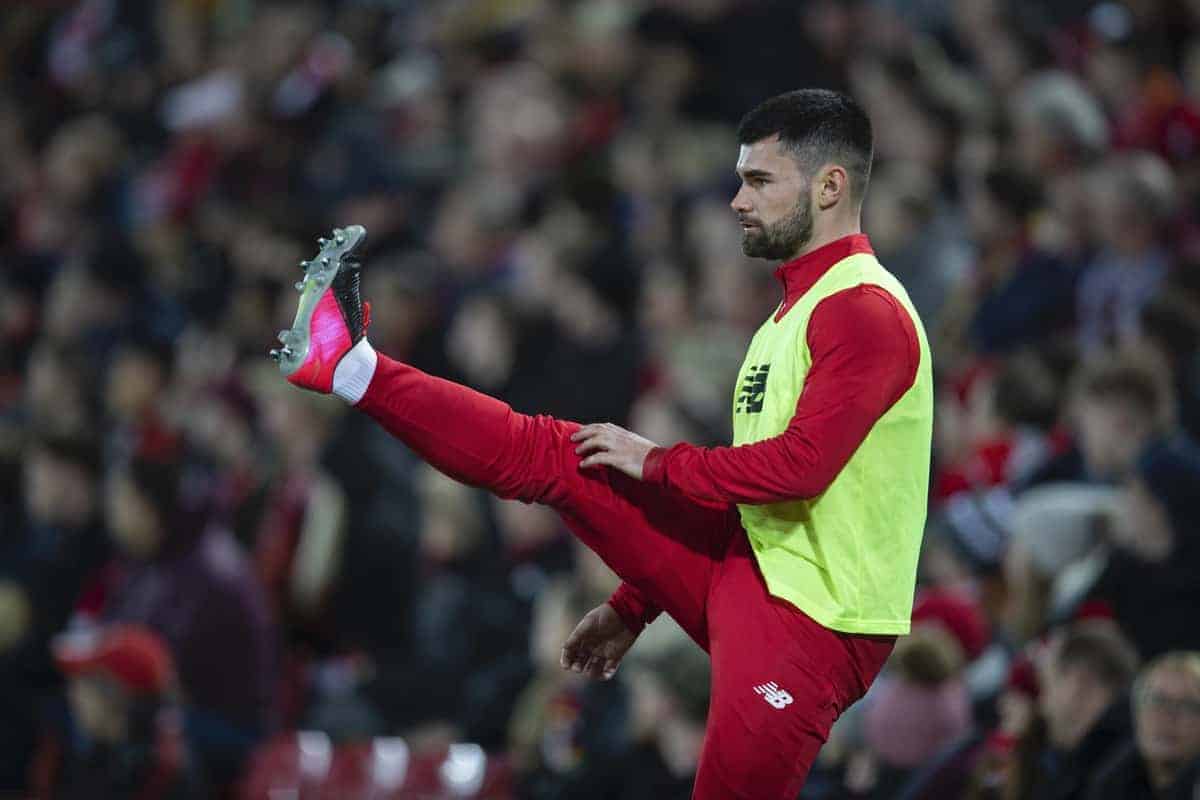 Some good play to hold up the ball late on and see the game out.

Joined the backline to help the team hold onto the win.

A late sub to run the clock down, but still made sure he made himself useful.

Give it (the FA Cup) Critchleh till the end of the season.

The names on the backs of the shirts are different and the quality is still a work in progress, but the style remains the same.

It was almost a replica of the first team’s style – a 4-3-3 until the final minutes.

Critchley’s side dominated the game against the more experienced opponents, and managed to progress to the next round in what was a memorable night for the manager, his players, and Reds following the game around the world as best they could!