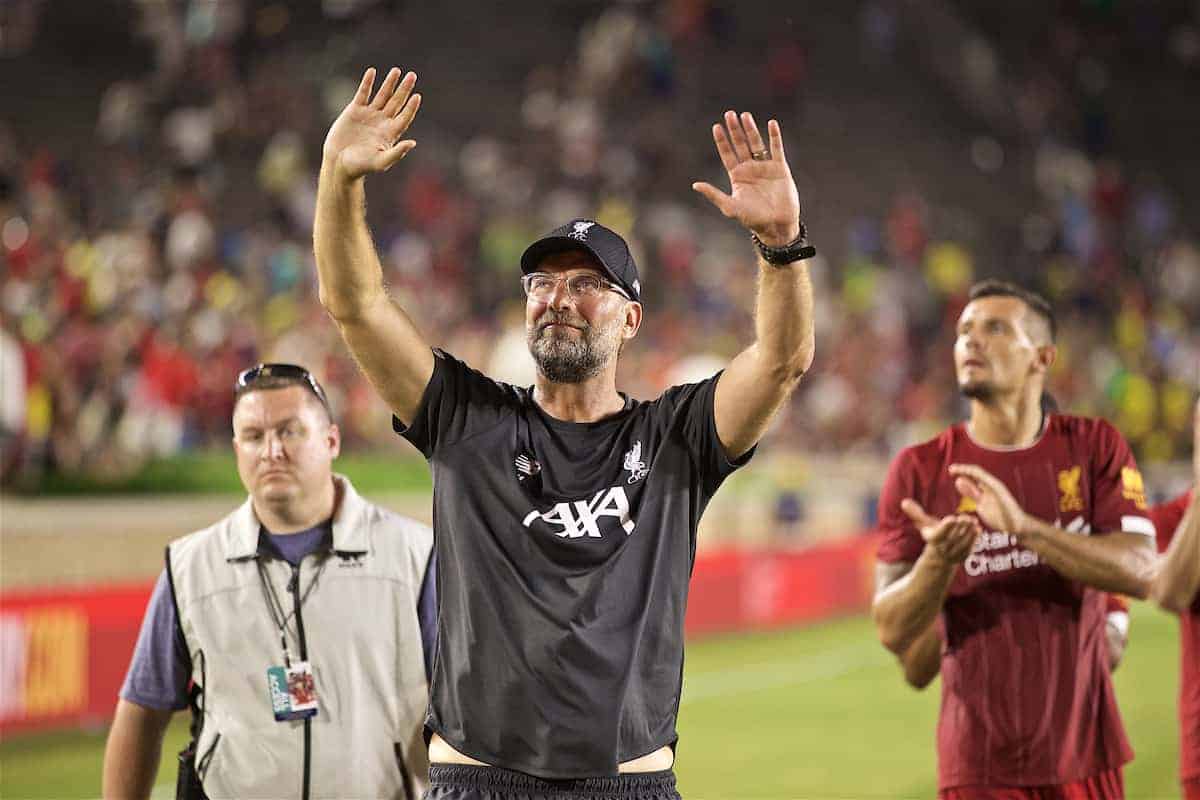 Liverpool are claimed to have been invited to a pre-season tournament in Turkey, which could pit them against two sides from Argentina in River Plate and Boca Juniors.

The Reds are yet to confirm any of their warmup fixtures for the 2020/21 season, with three months still to go until the end of the current campaign.

But a tour of the Far East is expected, to coincide with the new kit deal with Nike, while a series of domestic friendlies are likely, with Tranmere and Bradford visited last summer.

Anfield may also be a venue, while Jurgen Klopp is likely to favour a training camp in Europe are part of preparations for a probably title defence in the Premier League.

According to ESPN journalist Gustavo Yarroch, Liverpool could be involved in a four-team tournament in Turkey, with a “businessman” conducting talks.

River Plate and Boca Juniors are targets, while the Reds are named along with Galatasaray, suggesting it would be held in Istanbul.

There is some confusion over when the tournament would be played, with Yarroch indicating it could be “for the middle of the year [or] for January,” but there is only one possibility for Liverpool.

Klopp’s side have been involved in lucrative pre-season tournaments in the past, including the Audi Cup in Munich in 2017 and the International Champions Cup in the US the following summer.

But, as of now, there is no suggestion they would accept the invitation to Turkey, as no doubt the club will receive a host of propositions due to their status as world, European and soon-to-be Premier League champions.

Liverpool have never played River Plate or Boca Juniors in their history, while their last of six meetings with Galatasaray was a 3-0 friendly defeat in Istanbul in 2011.

Their last competitive clashes with the Turkish side were in 2006, with 3-2 wins for either sides in the Champions League group stage.