Liverpool have been drawn against Benfica in the last 16 of the UEFA Youth League, with the one-legged tie to be held away.

The young Reds progressed to the knockout stages having finished top of Group E, losing just one of their six group games and recording victories over all three of Salzburg, Genk and Napoli.

Barry Lewtas’ side will be hoping to go at least one further than last season, when they suffered defeat to Dinamo Zagreb in the last 16, losing 4-3 on penalties.

The likes of Neco Williams, Curtis Jones and Harvey Elliott have featured heavily for Lewtas’ side so far this season in Europe, and he will be hoping they are available again on March 3/4.

However it is unlikely, with the first team travelling to Chelsea in the FA Cup that midweek, and the trio expected to be rewarded with further senior action at Stamford Bridge.

Lewtas should be able to call upon the likes of Leighton Clarkson, Jake Cain, Ki-Jana Hoever, Sepp van den Berg and Layton Stewart against Benfica, though.

It should give Liverpool a strong chance of advancing to the quarter-finals, as they aim to emulate their first-team counterparts and seal European glory in Lyon on April 20.

Jones is the young Reds’ top scorer in the UEFA Youth League so far this season, with five, while Stewart (two) and Luis Longstaff (two) are the only other players to net more than once.

Eleven different players have scored in total, however, while nine laid on assists in the group stage with Elliott (four) creating the most.

If they progress, Liverpool would then travel to either Bayern Munich or Dinamo Zagreb in the quarter-finals on March 17/18. 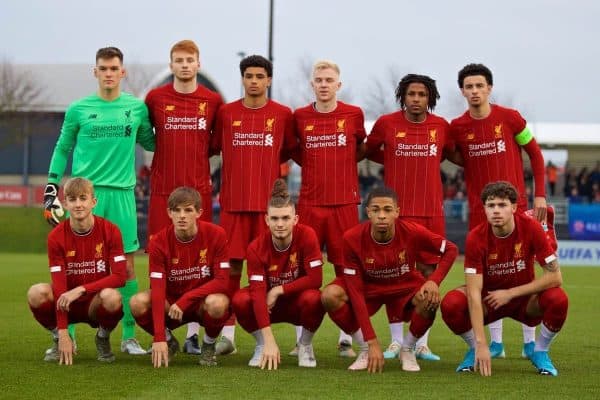 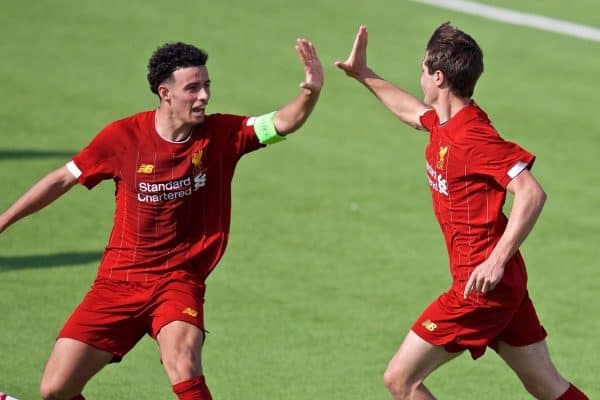