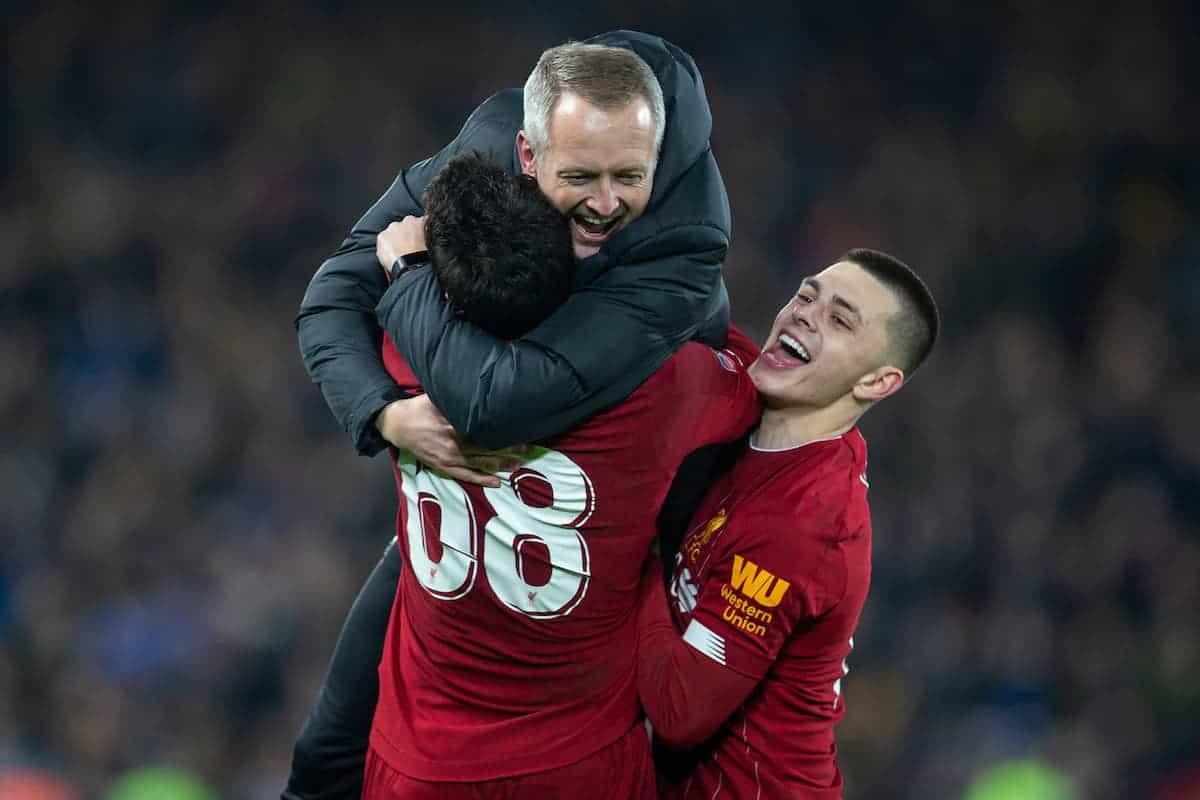 Liverpool’s youngsters have been urged not to let their FA Cup win over Shrewsbury be the defining moment of their careers.

The youngest side in the club’s history—with an average age of 19 years and 102 days—beat League One Shrewsbury in a fourth-round replay courtesy of ex-Manchester United academy graduate Ro-Shaun Williams’s second-half own goal.

But that did not tell the whole story as the youngsters enjoyed 58 percent possession, had 12 shots to their opponents’ three and also won 14 corners to emphasise their territorial dominance.

Neco Williams, 18, was man of the match but there were impressive performances from Toxteth-born Curtis Jones, who became the club’s youngest captain five days after his 19th birthday, Pedro Chirivella—the veteran of the team at 22—and Sepp van den Berg, another 18-year-old.

Victory set up a fifth-round tie at Chelsea when Jurgen Klopp and his first-team players—absent as they are on their mid-season Premier League break—will be available again.

But Neil Critchley, the under-23s coach who led the side in Klopp’s absence, hopes a number of Tuesday night’s team will go on to better things regardless.

“Chelsea is a first-team game and a really difficult game,” he said.

“But the message to the boys was if we do win, maybe one or two of you will get the chance to have another fantastic experience and if they do, they will deserve to.

“We played the game with real maturity. I was really impressed with how we stood up to the physical side of the game.

“This is a step forward but we don’t want it to be the defining moment of their careers.

“We want it to whet the appetite, to carry on the work they do on a daily basis.”

If the players can learn from anyone it is consummate professional James Milner, who trained with them the day before the game and gave them a pep talk in the dressing room before kickoff.

While his team-mates are on holiday Liverpool’s veteran midfielder has remained at home for a few extra days to continue his rehabilitation from a hamstring injury before he takes his break and was able to offer substantial support.

“He trained with us yesterday and he asked whether he could come along. I think the answer is ‘yes, of course you can’. It was very respectful to ask,” Critchley said.

“He then said ‘can I come in the dressing room?’. What do you think? ‘Of course’.

“He was giving words of advice, he was getting right behind the players. He was vocal in the dressing room. He was animated. He was vocal behind me, I could hear him.

“He was genuinely delighted at how the boys performed and I can’t thank him enough.”