With Liverpool’s young stars getting the nod in the absence of the first team, Ki-Jana Hoever is just one player set to benefit greatly.

The 18-year-old defender is set to make a rare appearance in the heart of the Reds’ defence on Tuesday night, having primarily deputised at right-back in his young Liverpool career.

Hoever has made just two starts for Liverpool this season, both on the right flank, in the League Cup ties against MK Dons and Aston Villa.

His international commitments for the Netherlands in the U17 World Cup ensured he missed the Reds’ meeting with Arsenal in the same competition.

And the rise of Neco Williams has seen him drop down the pecking order, but Hoever, who Jurgen Klopp previously heralded as “a sensational young player,” is set to get his chance at centre-back when Shrewsbury visit Anfield for the FA Cup fourth round replay.

It will be the first time he has played at Anfield for a first team fixture, and both he and his young teammates are “excited” about showing the Liverpool faithful what they are capable of.

“Everyone is really excited about it,” he told the club’s website.

“That we can play at home at Anfield with all the crowd and the fans. That we can show what we can do as a team, do the club proud and win the game.

“We just need to focus on our game and play the best game we can play.

“Shrewsbury gave everything the whole game [in the first meeting] and still believed when they were 2-0 down. That’s good for us to know.

“It’s just a great opportunity for us to play at Anfield. Everyone in the squad wants to win the game. We just need to focus and work hard and then we’ll do our best and hope it’s enough to win the game.” 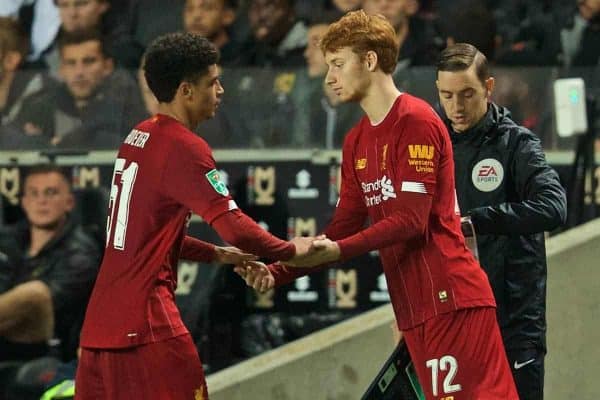 With Klopp and Co. eager to prepare their young players “for a Premier League career” rather than “one Premier League game,” meeting a robust, physical and experienced League One side will prove to be an invaluable experience in their development.

Since making his first team debut against Wolves in the FA Cup in 2019, Hoever has been an ever-present in and amongst the senior squad, which saw him secure a place on the bench in both the Super Cup and Club World Cup finals.

And while he acknowledges he has made important steps in his development, there is still a lot “to improve” – and he could not have better role models to look up to.

“I’m still the same but I’m a bit stronger, a bit bigger and I think I’m a better player,” he continued.

“But, of course, there are a lot of things I can still do better and I need to improve. Mentally, and also physically, I made steps – that’s good.

“It’s unreal what they [first team] are doing at the moment, winning that many games. 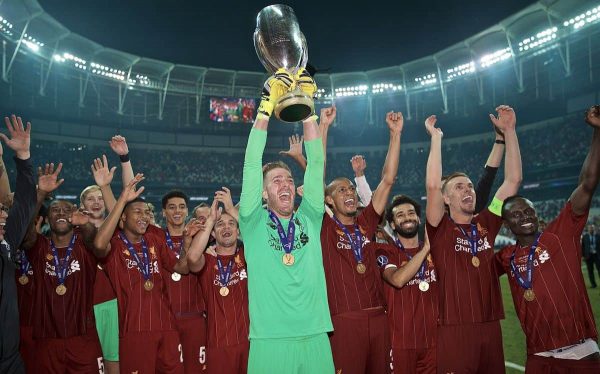 “It doesn’t matter what the media or the world are saying about the Premier League, they just keep focusing on winning their games. And at the end of the season they will see. It’s really special what they are doing.

“You can learn from everyone, the whole team, it doesn’t matter which position. They are all really experienced players, top players – world-class.

“I can learn from everyone and that’s what I try to do when I’m at Melwood or at games. I try to take in as much as possible and put it into my game.”

And his next chance to do so is on Tuesday evening where he is expected to lineup alongside national compatriot Sepp van den Berg at centre-back, where a place in the fifth round is on the line.