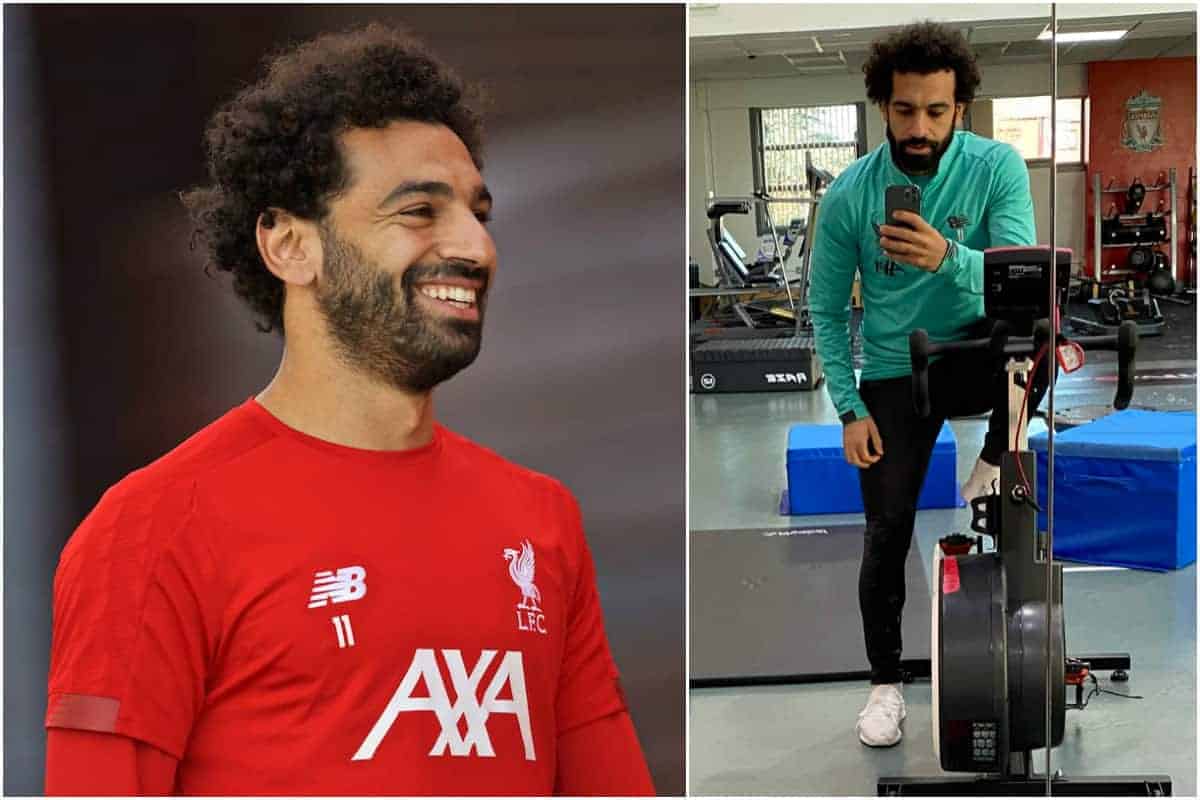 Mohamed Salah revealed he has stayed on Merseyside during Liverpool’s winter break, training at Melwood ahead of a return to action at Norwich.

The Reds’ first-team squad were given a week off following the 4-0 win over Southampton on February 1, before reporting back to prepare for the trip to Carrow Road.

Meanwhile, Neil Critchley led the club’s youngest-ever side to a 1-0 victory over Shrewsbury in the FA Cup, with James Milner sat behind the bench in a show of support.

Milner has since departed on a brief holiday, as has Sadio Mane after the pair underwent further rehabilitation for hamstring injuries at Melwood.

Virgil van Dijk, Gini Wijnaldum and Alex Oxlade-Chamberlain have all trained together in Dubai, Alisson joined his brother for sessions at Fluminense, Trent Alexander-Arnold and Adam Lallana are in Miami, and Fabinho and Roberto Firmino headed to the Maldives.

But for Salah, the winter break has been a “holiday I didn’t go on,” with the No. 11 taking to Instagram on Thursday to share a photo from the gym at Melwood:

Back from the holiday I didn’t go on ?

The 27-year-old’s commitment and professionalism has aided another exceptional season so far, with Salah scoring 18 goals and assisting another nine in 33 games.

He has either scored or assisted in 19 of those appearances, while he has contributed to more than one goal in eight games.

Salah struck twice in the win over Southampton last time out, and is now three ahead of Mane (15) as Liverpool’s top scorer, and has at least eight more than any other player.

Now, only Sergio Aguero (16) and Jamie Vardy (17) have scored more in the Premier League this season, with Salah’s brace at Anfield bringing him level with Marcus Rashford, Danny Ings and Pierre-Emerick Aubameyang on 14.

Last season saw him earn a second consecutive Golden Boot award, shared with Mane and Aubameyang, and he is now producing a convincing claim to win a third in a row.

Only Alan Shearer and Thierry Henry have done so before in the history of the Premier League, with Henry the last to achieve the feat in 2006.

Of course, individual accolades will not be Salah’s focus at this stage, and it is encouraging to see the Egyptian retain his focus as Liverpool head towards their first league title in 30 years.