Liverpool returned to Premier League duty on Monday night and, despite falling behind in the second half, picked up a record-equalling 21st consecutive home league win.

Gomez with the impact – both halves 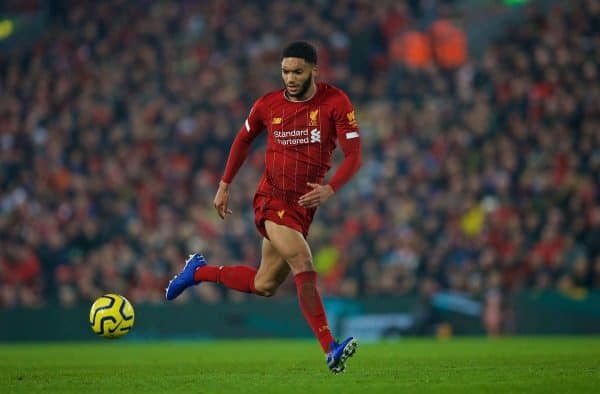 Joe Gomez has been superb for months, with perhaps one or two exceptions along the way such as against Spurs.

In as many games or more, however, he has been the most impressive centre-back in the team, a statement in itself of just how well he has performed.

Here, though, he was rather off the pace, reacting slowly, missing challenges and making the wrong decision more than once.

Gomez was at least partly culpable for both goals, with Diop getting ahead of him on the corner and Fornals not being picked up just a couple of yards away for the second, while he also almost gifted Antonio a first-half chance after a complete miskick. Alisson, that time, came to the rescue.

But Gomez isn’t one of the best defenders in the league for no reason. He was much more aggressive and on the front foot after 2-1, winning headers and stepping forward in possession to good effect—none more so than his drive forward and deflected shot which resulted in Trent crossing for Mane to score.

Later, he won a couple of big challenges to keep West Ham‘s late push at bay. An up-and-down performance (or down-and-up, chronologically) and not one we’ll hope to see repeated in the big upcoming games.

He got his chance to start, but Naby Keita didn’t do enough at Anfield on Monday night.

The No. 8 is capable of creating, of driving forward, of helping Liverpool dominate high upfield; he showed flashes of this, but it was too sporadic for what was needed on the night and for what’s needed in this team.

Keita was involved in the build-up for the Reds’ early goal, and helped win back possession a number of times, but overall his game was too slow, too timid.

On one occasion, both Klopp and then assistant Pepijn Lijnders were screaming at him to move. Minutes later he was subbed.

It has been an issue with our Guinean, that it takes him several games to click into top gear after injury. The problem for him is that he doesn’t have several games; with Milner and Henderson out, this was a stake-claiming moment and he missed the target.

There were few surprised faces when Oxlade-Chamberlain replaced him straight after the Hammers took the lead, and within minutes Ox had cracked off a couple of shots, picked the ball up from deep and drove forward with it and generally brought more verve and aggression to the team. 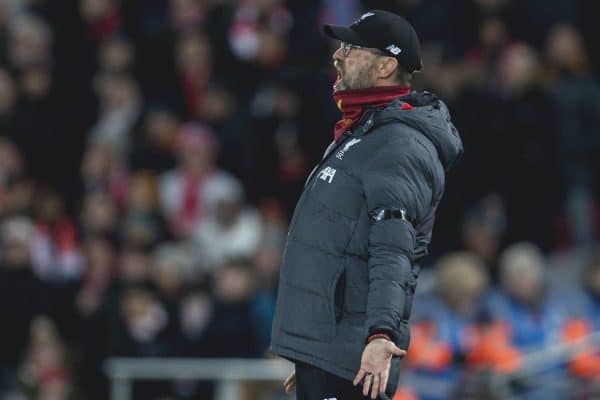 Should we be slightly concerned? Liverpool have gone from being extremely dangerous on the attack when the opposition are taking a corner… to conceding in successive matches off those set-pieces.

Atletico’s goal in midweek came in almost the first offensive moment of the game.

Here against West Ham it wasn’t quite that early, but it still came soon after a restart – after the Reds themselves had scored.

There were multiple opportunities to rid the danger, too, as their goal came after a third corner in succession which Liverpool couldn’t clear their lines from.

Trent failed to deal with a bouncing ball, then an aerial was only half won, then Diop beat everyone with a near-post header. Same area, in other words, as where West Ham scored from.

Maybe an extra training session or two this week on those near-post defensive blocks!

Big positives amid an off-key night

Liverpool weren’t at their best, fine – but that’s not to say we can’t take lots of impressive positives from the night all the same.

For starters, West Ham clearly set-up attempting to replicate some aspects of Atletico’s play, in terms of their low block, the lines of four and their commitment to having less than 30 per cent possession throughout the game.

Even so, the Reds found a way to win.

Creating chances against that packed defence isn’t easy, but we had the ball in the net four times – one Mane strike ruled out – and there were enough other half-chances to suggest we’d have at least equalised even if the keeper hadn’t spilled Salah’s tame effort.

Then, there’s coming from behind to consider: for so long we’ve won relentlessly, and just after losing the first game in ages it appeared we might do so again. Lesser teams might have doubted themselves.

Even so, the Reds found a way to win.

Earlier in the season we had an innate ability to conjure goals and results in whatever way was necessary, cranking up the pressure on teams and asking them to be perfect, again and again and again. Eventually, inevitably, they crack.

This spirit, this self-belief and this desire to win everything, will be needed in the cup games which lie ahead, not least of all against Atleti.

Klopp faces a bit of a decision, now. His mantra is very much “one game at a time” but for this run of games he might bend the rule.

A full-strength side is obviously needed in the Champions League, but before then it’s Watford, Chelsea in the FA Cup midweek, then Bournemouth.

Ideally, we could use the FA Cup match as the perfect Atletico prototype: under the lights, a knock-out game, a full week before our European test. If Jurgen was to play the big XI for that game, they’d have a nice break and a rotated side could face the Cherries in the lead-up to Atleti.

In turn, that would mean a few rotated faces, perhaps, for Watford at the weekend.

He may opt against, keeping the cup for the kids and ressies, but either way it’s important that Liverpool keep seeing every game now as must-win, must-play-well, must stay right on it, physically and emotionally.

Let’s not let our European crown fall away with a whimper: these next games demand the same focus, intensity and mindset as the big one.