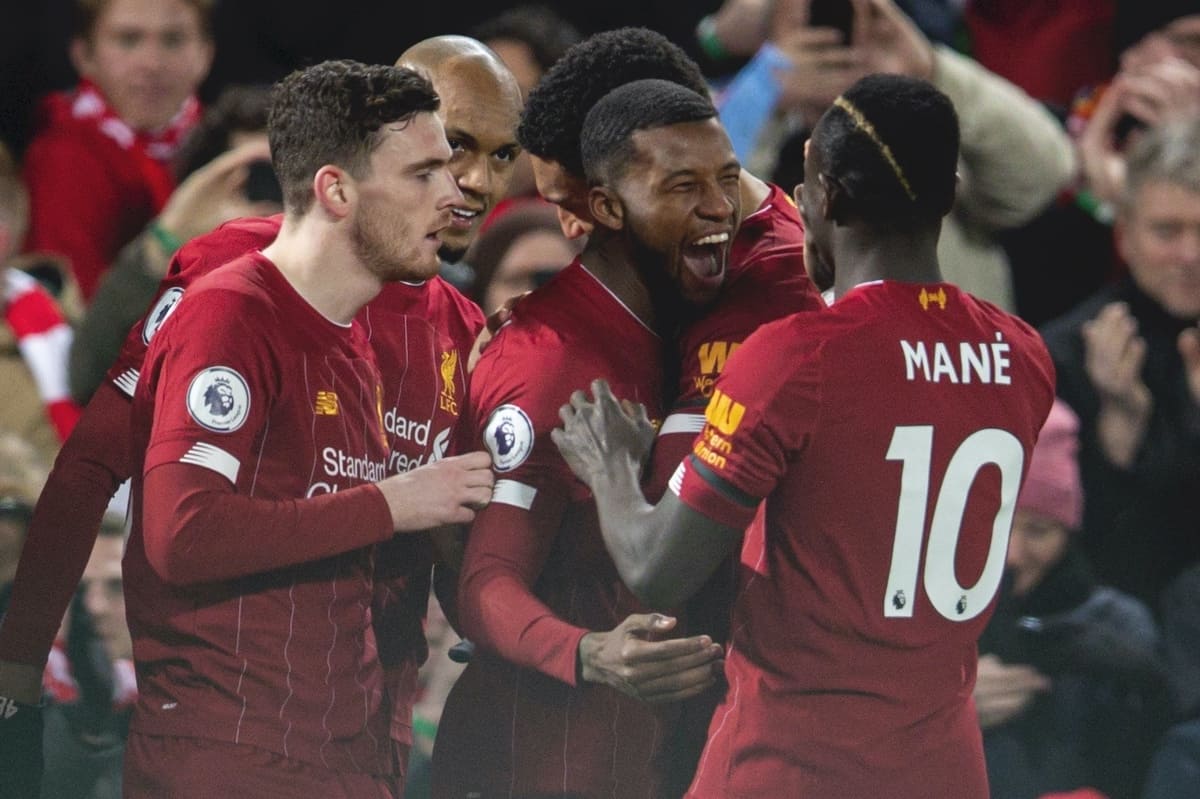 Sadio Mane scored with less than 10 minutes remaining to settle a dramatic encounter at Anfield as Liverpool matched the feat achieved by Man City in late 2017.

Here, the PA news agency looks back at the historic run and the players involved.

The Reds left it late, with Andy Robertson and Mane scoring in the final four minutes after Trezeguet’s opener.

A major early strike in the title battle as goals from Fabinho, Salah and Mane left last season’s champions nine points behind despite Bernardo Silva’s consolation.

Mane’s opener was cancelled out by Wilfried Zaha in the 82nd minute but Roberto Firmino soon restored the lead.

A wild derby saw two goals from Divock Origi and one apiece for Xherdan Shaqiri and Mane give Liverpool a 4-2 lead at the end of a first half in which Michael Keane and Richarlison scored for Everton.

Alisson returned to restore order with the start of a remarkable run of 10 clean sheets in 11 games, while Alex Oxlade-Chamberlain, Naby Keita and Salah found the Cherries’ net.

Wolves battled hard but a solitary Mane goal got the job done.

Firmino scored the only goal in north London. 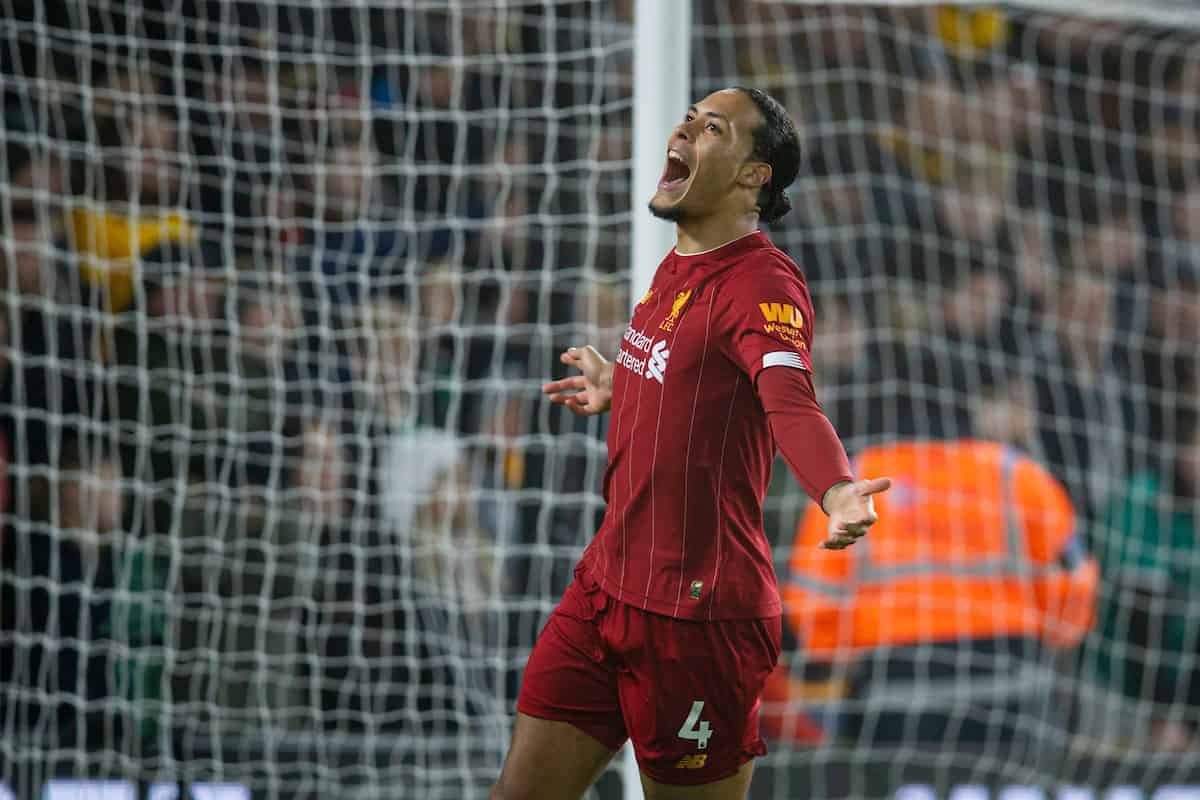 Raul Jimenez cancelled out Henderson’s opener and became the first man to beat Alisson since November, but Firmino had the final say.

Salah’s first-half penalty and Oxlade-Chamberlain’s strike made it 15 in a row.

Salah’s brace, added to goals from Oxlade-Chamberlain and Henderson, meant Liverpool had taken 100 points from the last 102 available.

Mane stepped off the bench to keep the run going.

Liverpool achieved the record the hard way, squandering an early lead given to them by Wijnaldum as Issa Diop and Pablo Fornals scored for the Hammers. 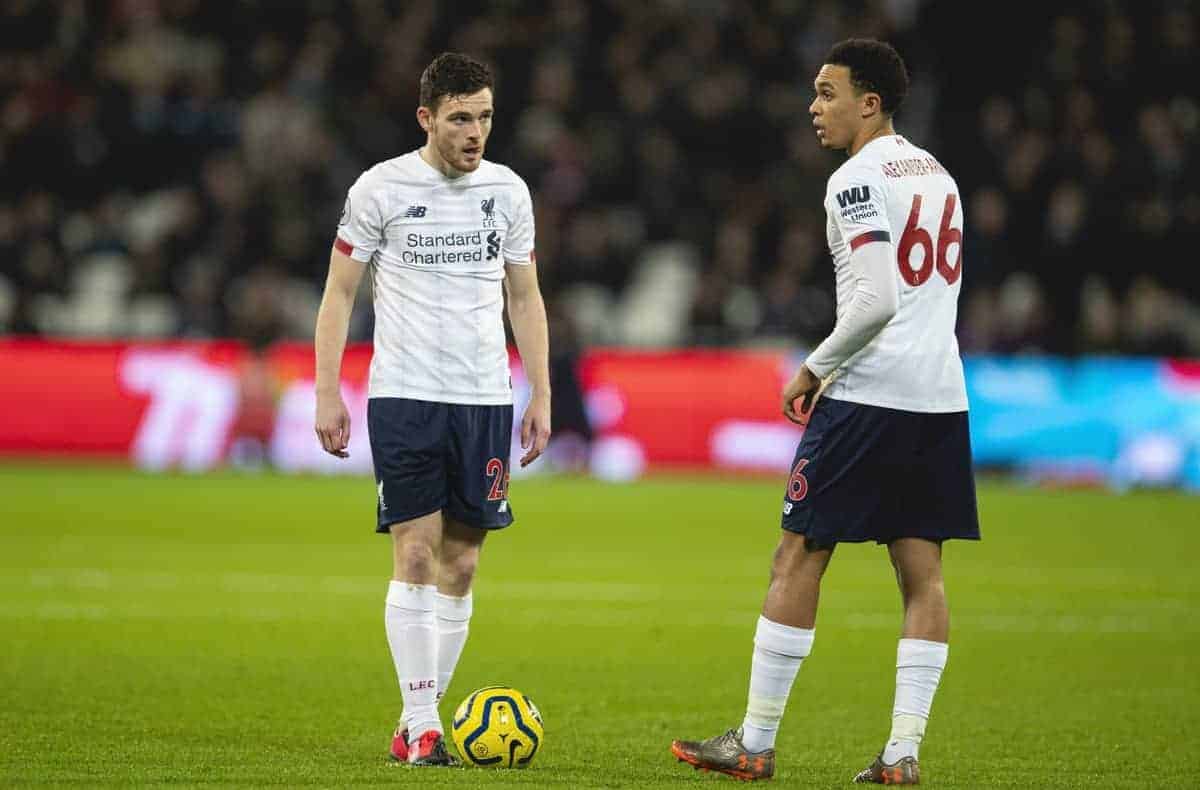 Liverpool have used 23 different players during their winning run, with four of those appearing in every game.

Van Dijk has played every minute while fellow defenders Alexander-Arnold and Robertson and striker Firmino have each made 17 starts and one appearance off the bench.

The same was true of captain Henderson until he missed the West Ham clash with injury, while Alisson and Wijnaldum have missed just one game apiece and Salah and Joe Gomez two.

The latter began the run as a regular substitute, with his elevation to the starting line-up coinciding with the run of clean sheets.

Salah is the leading goalscorer with 11 goals, with Mane contributing eight and Firmino five, while there have been 14 different goalscorers in all.

Liverpool Scorers in the Winning Run

Of the eight players who have not scored, Alisson and Adrian are goalkeepers while Takumi Minamino and Curtis Jones have just two substitute appearances each and Harvey Elliott and Joel Matip one—defender Matip was a stoppage-time substitute against West Ham and thus the last player to feature in the run.

That leaves Gomez, fellow centre-back Dejan Lovren and midfielder Adam Lallana as the only outfield players to start a game during the run without scoring.

Liverpool’s 43 goals have included three penalties—Salah against Tottenham and West Ham and Milner against Leicester—and no opposition own goals, while they have conceded only 10.