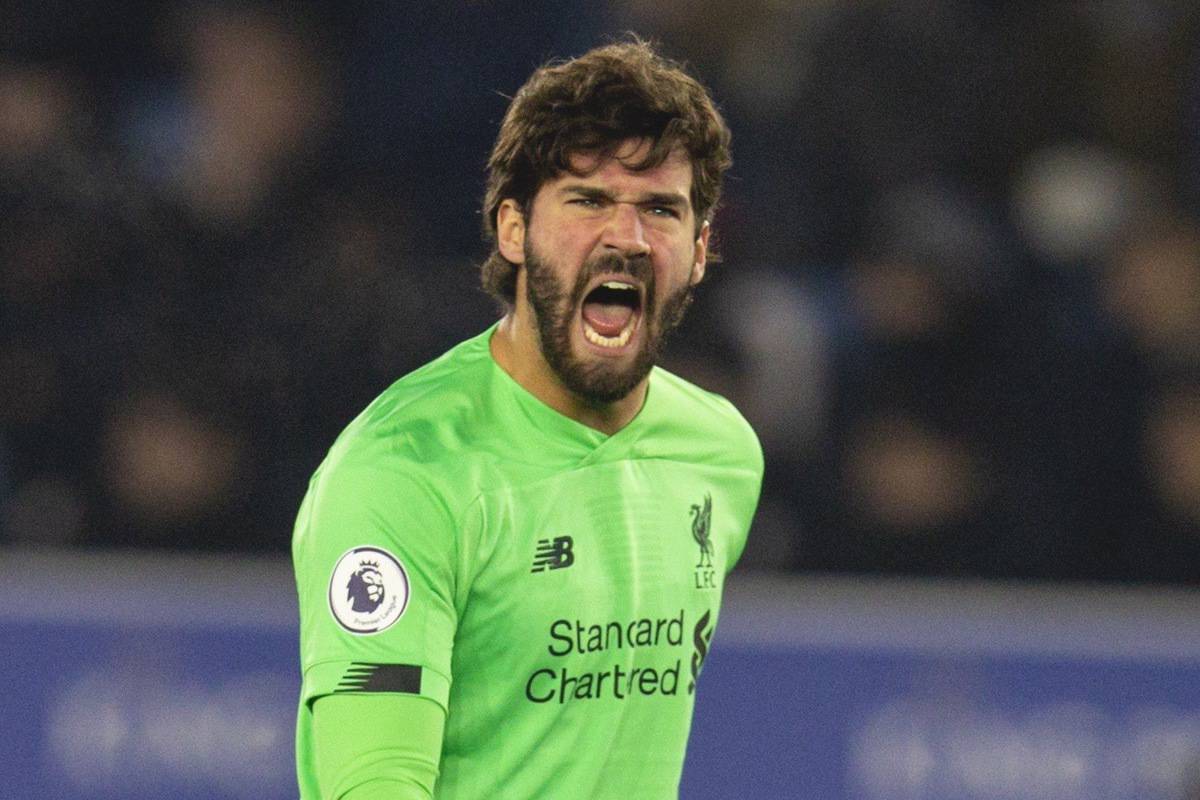 Alisson’s ability to make a stunning save appear easy is a show of his expert processing ability and “nerve strength.”

Goalkeepers find themselves in a unique position on a black and white spectrum, heralded for a save or criticised for a costly error.

For Alisson, his ability to make the art of goalkeeping appear easy is what muffles some of the adulation which comes his way, resulting in his level of importance to Liverpool often being taken for granted.

But the numbers behind Liverpool’s No. 1 this season speak volumes as to his ability, saving 26 of the last 27 shots he’s faced and he is averaging 244 minutes per Premier League goal conceded this season – the best of any ‘keeper in the competition’s history.

Despite sitting on the sidelines for over two months in the early part of the campaign, he also has the joint-most clean sheets (9) in the league.

And his ability to make a decisive save without appearing to sweat is down to his “nerve strength”, a term coined by Liverpool’s assistant goalkeeping coach, Jack Robinson – who arrived at Melwood six weeks after Alisson’s switch from Roma in 2018.

“That’s one of his main strengths,” Robinson explained. “I term that ‘nerve strength’. It’s having that calmness and that ability to almost slow the game down to make things look really easy. 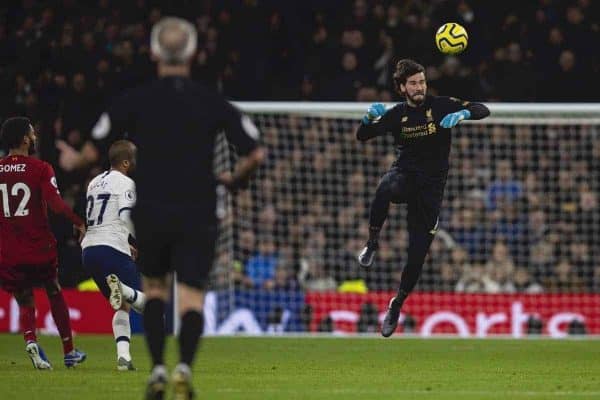 “The way he plays, he adversely affects the opposition; if you’re running towards goal, you’re looking at him thinking, ‘I don’t know how I’m going to score here’. And he does things that help the team and they have real confidence in him.

“For me, the nerve strength with him is the biggest factor in his skills. He’s obviously quick, he’s powerful, he’s good with the ball at his feet and he makes big saves at important times. But that calmness and nerve strength are the things that set him apart from good goalkeepers.

“We’re really proud of the work he has put in and how he has performed. He is a fantastic person, really caring and genuine, wants to get better and wants to improve.

“He has been a massive benefit to the club, but he’s deserved everything he has got for the hard work he has done.”

And although he has recently been crowned the world’s best goalkeeper by FIFA and UEFA, while finishing the 2019 Ballon d’Or in seventh place, the point of satisfaction always remains out of reach. 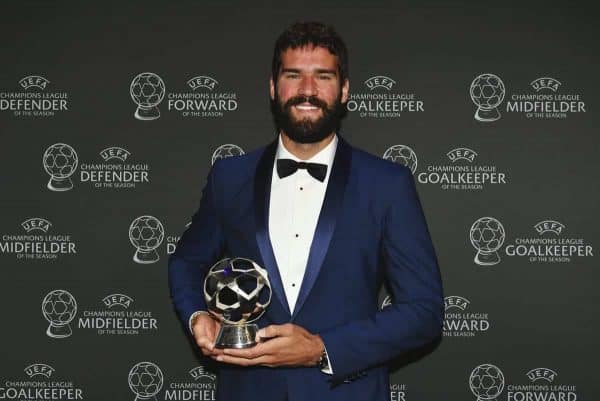 It is a trait synonymous with the relentless Liverpool machine which is firing on all cylinders under the tutelage of Jurgen Klopp, with Robinson revealing the boss has harnessed the power of creating a legacy as a key motivator for his squad to achieve greatness.

He continued: “He’s never satisfied with just getting through a session. He wants to push himself and wants to get better.

“For him, the challenge now is, he’s had a fantastic first 18 months and he’s got to now create himself to be a legend at the club. He’s got to be able to continue that season in, season out.

“That’s what goes from being a good goalkeeper to being a legend of the club – can he continue that quality for many years to come?

“The manager has spoken about when we’re old and have grandkids, we want to tell them about the stories we created here.”