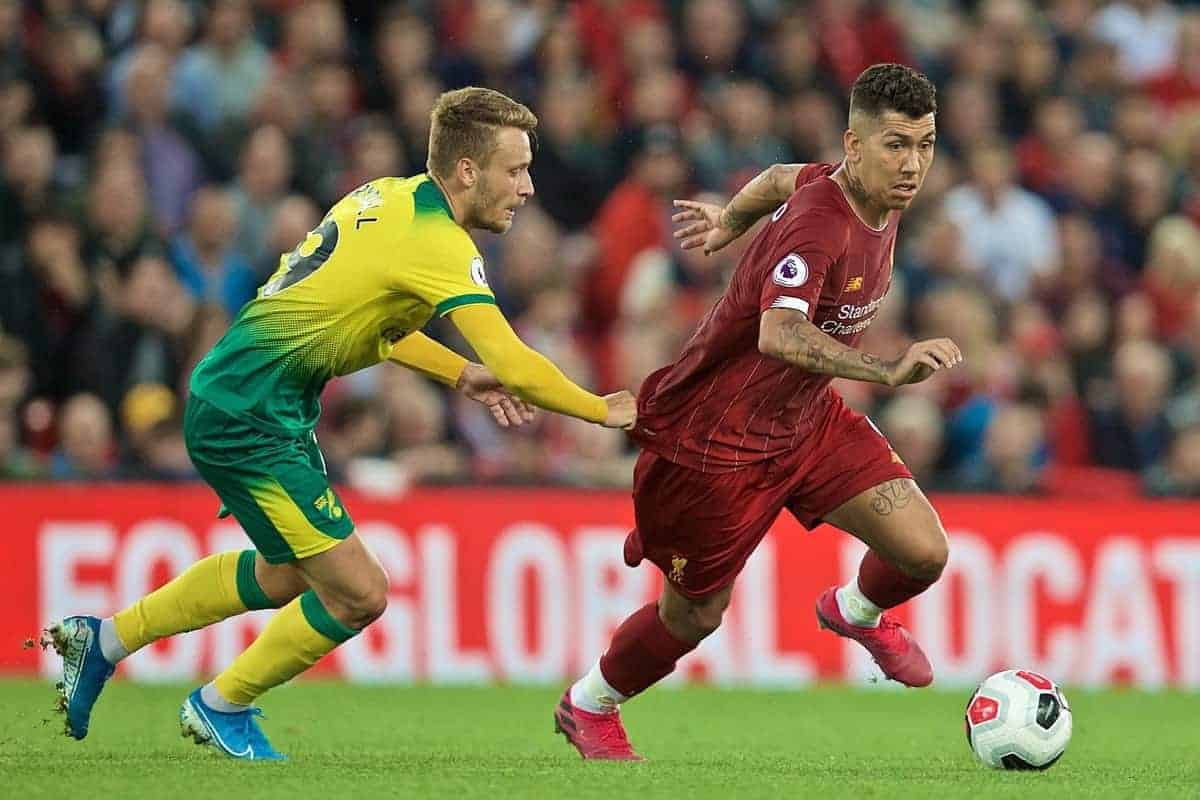 Liverpool make the trip to Norfolk to face Norwich in a battle of the Premier League’s top and bottom sides.

After what has felt like an age since the Reds were last in action, Premier League football returns on Saturday evening with Jurgen Klopp’s side on the hunt for their 25th win from 26 games.

The last outing for Liverpool’s senior contingent saw Southampton dispatched 4-0 thanks to a ruthless second-half performance, and a timely rest followed in the competition’s first sanctioned winter break.

And in their absence, Neil Critchley guided the club’s youngest-ever assembled XI to an unforgettable 1-0 win over League One’s Shrewsbury in the FA Cup.

But now focus returns to the topflight as the season starts to turn into its final stretch, and a win at Norwich would move Liverpool 25 points clear after Man City’s fixture against West Ham had to be rescheduled due to storm Ciara.

And there are fears that another weather system in the form of storm Dennis could wreak havoc on games for a second successive weekend.

For now, all will go ahead as planned and the Reds will meet a Norwich outfit who currently reside at the bottom of the table having picked up just 18 points this season.

Daniel Farke’s side have proven to be a thorn in the side of a number of clubs this season but have struggled to translate their performance into points on the board.

They asked questions of Liverpool in the opening game of the season and while the final 4-1 scoreline did little to flatter Norwich, they will certainly be out to interrogate the Reds further the second time around.

Klopp’s men, however, are in prime position to secure their 17th successive league victory to continue their rampage to the holy grail. 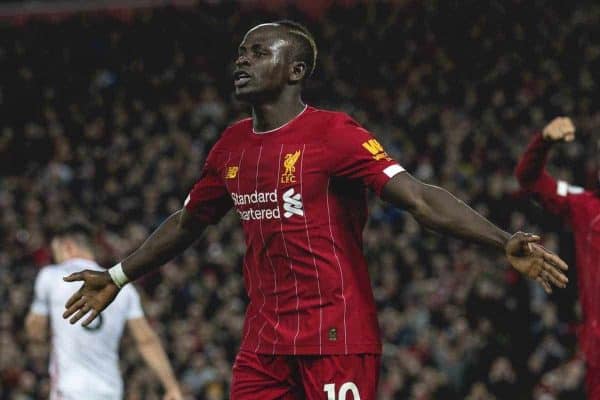 Liverpool’s injury list heading into the fixture makes for good reading as Xherdan Shaqiri remains the only figure to be sidelined with an ongoing calf injury.

The Swiss international has featured just once, a late cameo at Spurs, in the last seven league outings and has yet to return to training.

However, both Sadio Mane and James Milner are back in “contention” for a place in Saturday’s squad as Klopp confirmed the pair have made full recoveries from their hamstring injuries.

After a two-week break, the Reds were afforded the time to rest, recover and recharge and should head into the clash refreshed.

It leaves the boss with a multitude of options at his disposal; the back five are set to remain as a unit while the midfield trio of Fabinho, Jordan Henderson and Gini Wijnaldum is likely.

With Mane back in contention, he could force Alex Oxlade-Chamberlain to the substitutes’ bench, where he would sit alongside the likes of Naby Keita, Takumi Minamino, Joel Matip and Divock Origi.

Meanwhile, Norwich similarly heads into the fixture off the back of the winter break but will still be without defender Timm Klose (knee), while Ben Godfrey is in contention to return after serving a three-game suspension.

Last 5 Away to Norwich (All Competitions)

Away fans’ pubs: The Stadia Bar on Upper King Street is a 15-minute walk away from the stadium.

This fixture has thrown up a number of memorable encounters, from Luis Suarez being powerless but to score against them to Adam Lallana’s goal at the death in the last topsy-turvy meeting at Carrow Road.

In fact, this fixture averages four goals per game which is the highest of any Premier League match up which has been contested at least 10 times.

The previous meeting between the two teams in August saw the Reds clinch a 4-1 win, the 11th in a run of 13 games against Norwich.

And while another goal-fest would not come as a surprise, a win here for Liverpool, in what will be Klopp’s 250th in charge, would see the club clinch their 16th consecutive victory over promoted sides.

It is a run which dates back to October 2017 when Newcastle clinched a 1-1 draw; since then, Liverpool have emerged victorious by an aggregate score of 40-5.

Speaking in his pre-match press conference, Klopp was wary of the quality Norwich possess, despite their current league standing suggesting otherwise:

“This game [in August] is a good example for their season, good football, super coaching, you can see it all. They caused 95 percent of the teams they have faced problems.

“We have to think about it [the last meeting] and it was a warning for us at the time.

“Now both teams are in different situations and we will feel their quality, but we have to make sure they feel ours, too.” 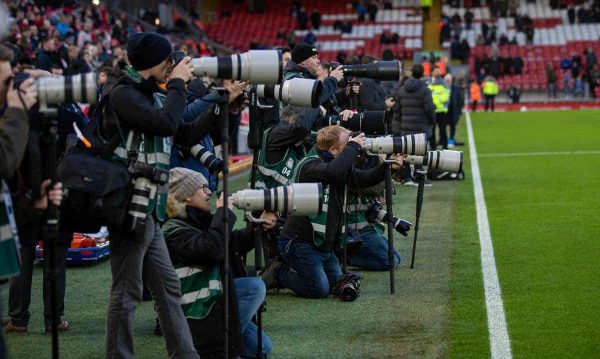 Liverpool’s league clash at Norwich will be shown live on Sky Sports Main Event and Sky Sports Premier League in the UK, starting from 5pm (GMT) ahead of the 5.30pm kickoff.

Chris Williams will be keeping you entertained and in the know with minute by minute updates on This Is Anfield’s matchday liveblog from 4.45pm (GMT).