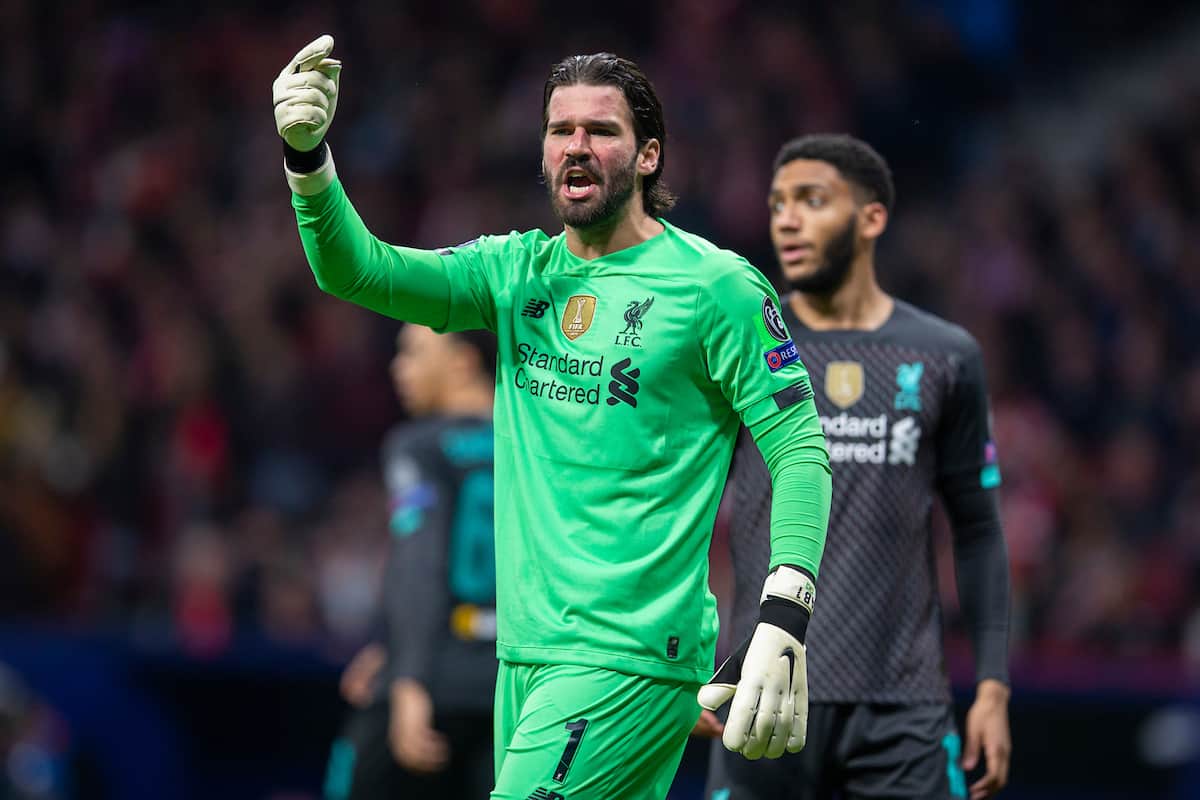 Liverpool lost 1-0 to Atletico Madrid on Tuesday night, leaving them with lots of work to do in their Champions League last-16 tie.

The Reds headed to the scene of last season’s final triumph against Tottenham, the Wanda Metropolitano, in what was a tough test for the European champions.

The night got off to a disastrous start, with Saul Niguez poking home from a corner in just the fourth minute, profiting from some sloppy defending.

From that point on, it was a case of attack vs. defence as Liverpool desperately tried to break down their opponents.

They didn’t manage to, with the hosts producing a defensive masterclass and taking a lead to Anfield in the second leg next month.

Frustration was the order of the day for many…

Decent display in insanely hostile and hysterical away game, at the home of arch shithouses, but final ball let the Reds down. TAA’s legs seemed to give out about 15 time’s in the game. Atleti defended well, and bounce favoured them all game. Simeone as horrible as they come.

Atletico did brilliantly to close us down, shut down passing lanes and so on, but there were lots of brainless performances in Red. Think it's the manager's worst game in a while, too. Concerned about the lack of away goals tbh.

That early goal killed us. Gave them something to hang on to.

I couldn’t watch that shite every week if I was an Athleti fan tho. Persentage football. Grim.

“Didn’t move it quickly or creatively, not sure what the point was in bringing on Origi, he was frustrating” – Dave Ham on Facebook.

“Not a shot on target I just read, that’s pretty poor, not a great night from us, struggled to break them down and create anything worthwhile, delivery poor, passing sloppy. No real standout performers.” – Libero on the forums.

Tbf prob our worst performance since Napoli away

That was the absolute peak Atletico Madridness that I was worried about when the draw was made.

Not a terrible result, but a poor showing. Unbelievably frustrating, but Liverpool can only get better and there’s no way they can get a worse referee for the return leg

The officials were appalling all night, not helping matters…

Perfectly acceptable to think Liverpool were toothless and lacked any spark in the final third while also illuminating how poor the officials were, by the way. They aren’t mutually exclusive.

Hard to sum up a performance when your playing against a team plus 4 officials..absolutely disgraceful some of them decisions and I guarantee we’ll put them in their place at Anfield in the next leg. M.O.M Robbo for me #LFC ?

This referee needs to be investigated. I’m absolutely flabbergasted.

• Referee was an absolute disgrace.
• Such a silly goal to concede.
• Horrible set pieces.
• Poor display from everyone involved.
• The less said, the better.
• Can’t wait to play this Atlético Madrid side at Anfield.

Trent Alexander-Arnold completed just 3/17 of his crosses vs. Atletico Madrid

“TAA had a bad day in the office” – Shaddy Distress Supa on Facebook.

“Dunno what Origi did but then again I could say the same for about 8 of them.” – mattyhurst on the forums.

But supporters were rightly bullish about the second leg, though…

Get them to Anfield….

So that’s what losing a game feels like. The world hadn’t ended. Atletico were excellent at all the Atletico stuff; made ever nasty and scrappy, closed every angle off, had us turning our backs to receive, never gave us any space. Going to be an interesting second leg. Only 1-0.

Spanish BTEC Sheffield United, we'll do them at Anfield

“We always have big nights at Anfield” – Mel Poobalan on Facebook.

“If we manage to play football at Anfield instead of whatever this thing tonight was, we’ll progress” – Red Armada on the forums.

Liverpool lose 1-0 on the night, but there’s another 90 minutes to go and that’ll be at Anfield. It’s not the first time the Reds have trailed to a Spanish side going into a home second leg.

Bloody bring on Anfield – going to be a cracker