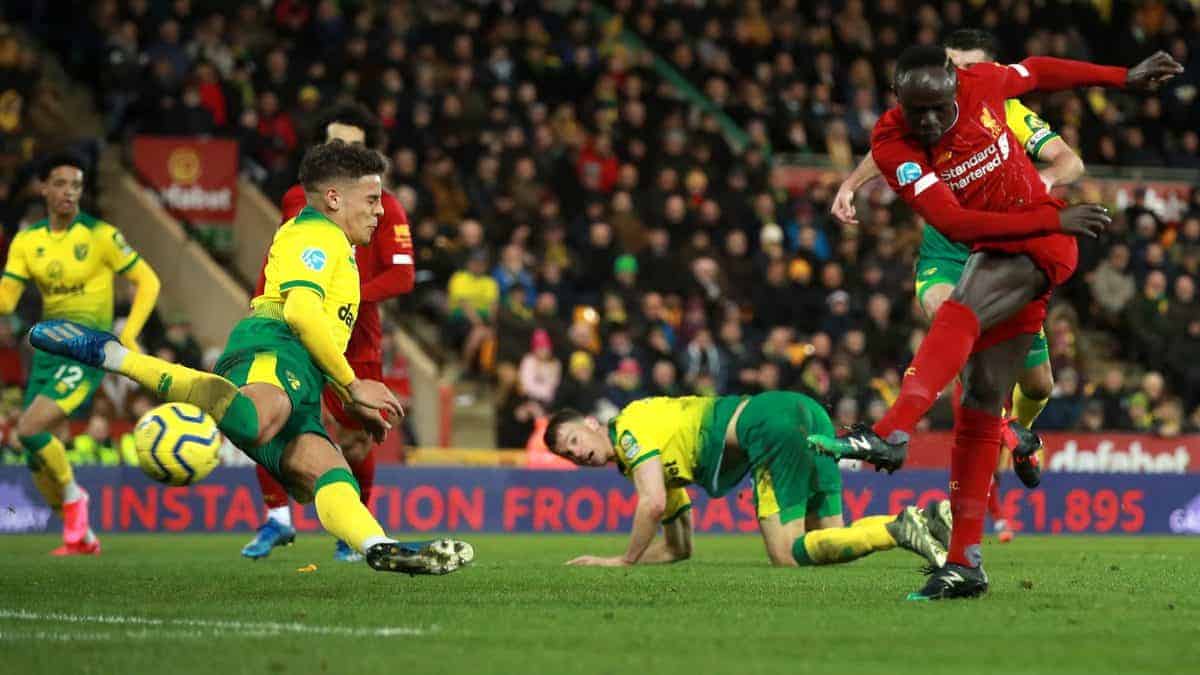 Sadio Mane made an instant impact on his return from injury to steer Liverpool to a hard-fought 1-0 win at Norwich on Saturday evening.

Jurgen Klopp’s men hit the play button on their Premier League season after taking a two-week pause for the winter break.

The boss handed Naby Keita his third league start of the season in place of Fabinho, while Sadio Mane started from the bench on his return from injury.

With storm Dennis sweeping across the country, blustery conditions met the two teams at Carrow Road where the Reds struggled to find their rhythm in the first 45.

Guilty of overplaying and seeking the perfect route to goal, Tim Krul failed to be tested with any meaningful strike as efforts from distance were either wayward or blocked on the way through.

And while the lion’s share of possession was with Liverpool, the hosts forced Alisson into a crucial intervention – but an offside in the buildup would have ruled out any subsequent goal.

The second 45 started like the first finished as chances the way of Klopp’s men were few and far between.

A parried save from Mohamed Salah‘s saw Keita handed the best chance of the game for Liverpool with just under an hour on the clock, only for a scuffed shot and quick reactions from Krul to deny the Reds the opener.

That would soon change, however, as Mane and Fabinho were introduced and as the pressure continued to be placed on Norwich‘s doorstep the former broke the hosts’ resistance to clinch a narrow win for Klopp’s side.

The victory, which was the 17th in succession in 2019/20, moves Liverpool 25 points clear atop of the table with Man City yet to play.