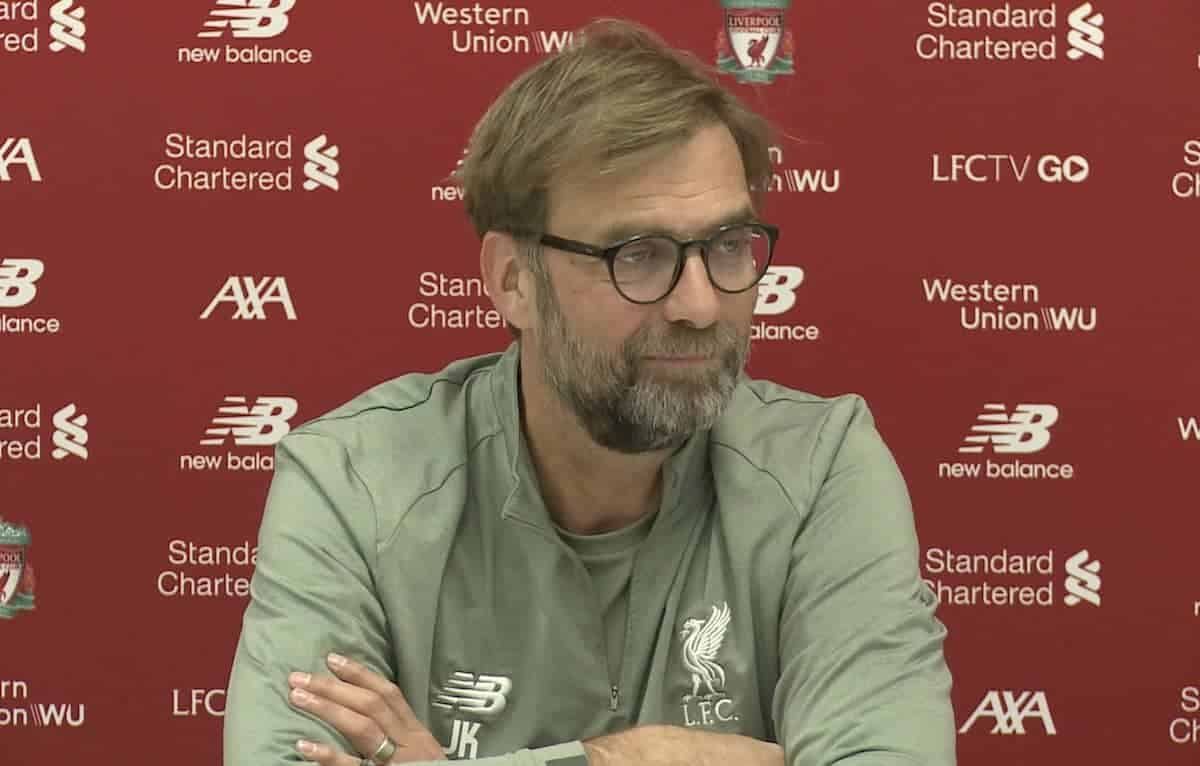 Jurgen Klopp is well aware of the quality Norwich possess but is eager for Saturday’s hosts to “feel” Liverpool’s in turn.

After taking a week to rest, recover and recharge the batteries as the 2019/20 turns into its final corner, Klopp and his senior faces are primed for their trip to Norwich on Saturday.

The clash is one which sees the runaway leaders meet the league’s cellar-dwellers, with a staggering 55 points separating the two sides.

And despite clinching a convincing 4-1 win on the opening day of the season, Klopp is well aware of the threat the hosts can pose after Daniel Farke’s side asked the Reds question after question back in August.

“This league is so strong but I really admire their principles,” Klopp told reporters.

“This game [in August] is a good example for their season, good football, super coaching, you can see it all. They caused 95 percent of the teams they have faced problems.

“This club really sticks together and in a good moment, as strange as it sounds. 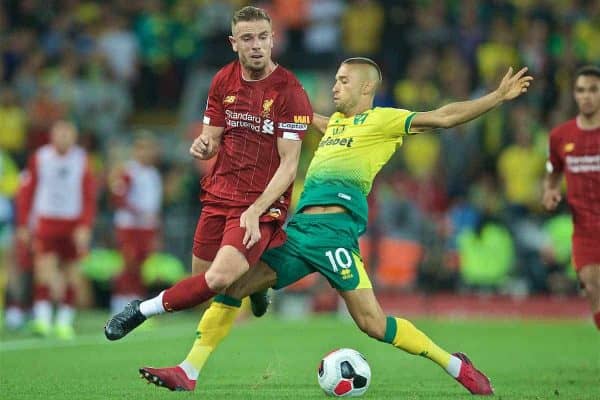 “Nobody has questioned Farke because he is a super coach. I was in a similar position at Mainz. You need a plan for tomorrow, next few months and next few years, it looks like they have that.

“We have to think about it [the last meeting] and it was a warning for us at the time.

“Now both teams are in different situations and we will feel their quality, but we have to make sure they feel ours, too.”

The outing, which will be Klopp’s 250th in charge of Liverpool, will see both Mane and Milner back in “contention” for a place in the side after the pair returned to full training earlier in the week after respective hamstring injuries.

The manager also touched on the benefits of the winter break, Mohamed Salah‘s Olympics involvement and the “really cool” performance and result secured by the club’s youngest-ever assembled XI against Shrewsbury.