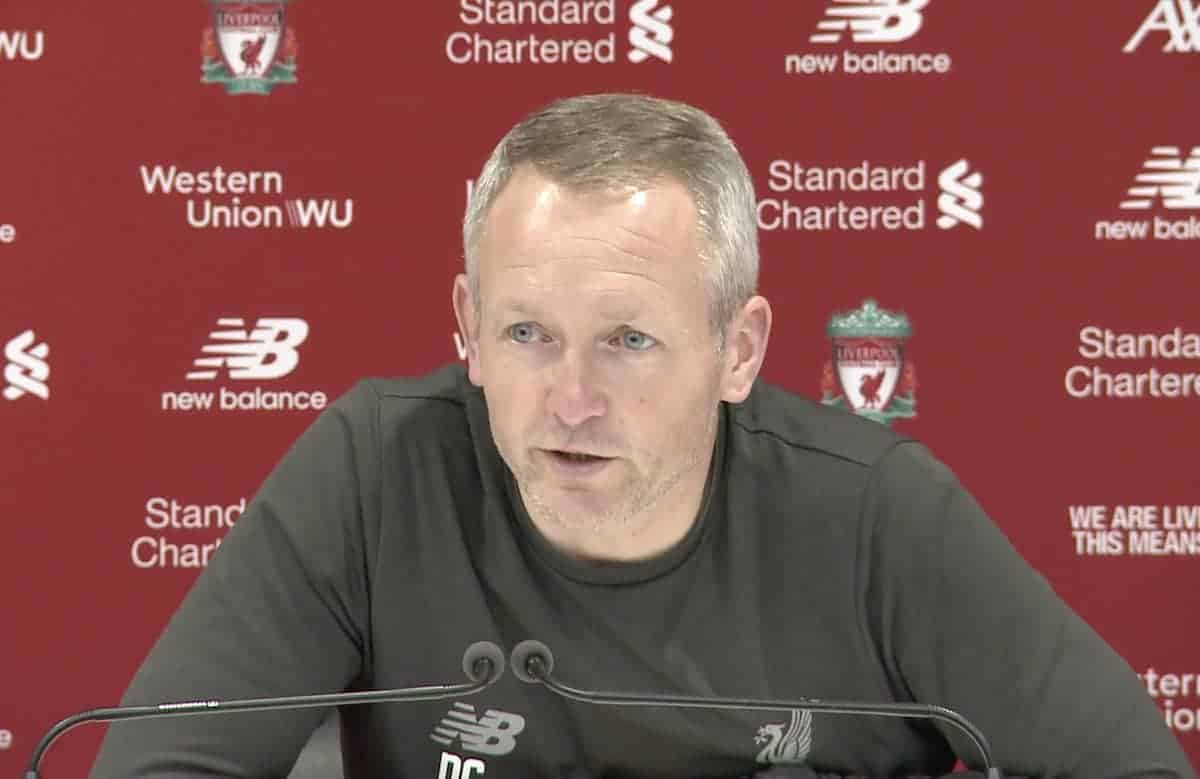 Liverpool’s stand-in manager Neil Critchley labelled his players “deserved winners” after an academy side beat Shrewsbury 1-0 in the FA Cup.

With Jurgen Klopp and his first-team squad absent, the onus fell on Critchley and his youngsters to overcome their League One opponents and book a fifth-round tie at Chelsea.

From the first whistle, the young Reds were confident and dominant, and though it took the help of VAR to rule out a Shaun Whalley opener, Ro-Shaun Williams’ second-half own goal gave the hosts the result their performance warranted.

To a man Liverpool were outstanding, and speaking to reporters after the game Critchley explained how their front-footed approach “calmed” him as they fought for the win.

“As a coach you picture the game beforehand, you visualise it and you try and predict what’s going to happen,” he said.

“Obviously with young players you’re never quite sure, but I have to say from the first whistle the maturity which those young boys showed to play that game was remarkable.

“It actually calmed me on the side, and I think over 90 minutes we had the better chances and were just about the deserved winners on the night.”

Despite his obvious achievement, Critchley was asked a host of questions on Klopp himself, and revealed he had been in contact with the manager throughout the day.

“The boss was in touch this afternoon with some words of advice and encouragement, which was really nice of him,” he continued.

“I’ve not checked my phone yet but we had a message from the staff at the end there that he’s absolutely delighted with the performance and he’s buzzing.

“So we’ve given him a game against Chelsea away to look forward to!”

Klopp is expected to take the reins for the trip to Stamford Bridge, but if required, Critchley added: “I’m sure I can make myself available on that night!”

More likely to be involved are some of those to start on Tuesday night, and perhaps most notably the likes of Neco Williams, Curtis Jones and Pedro Chirivella.

“That was sort of the message to some of the boys tonight: if we do win tonight maybe one or two of you, maybe more, might get an opportunity to go and get another fantastic experience,” Critchley continued.

“So they want as many of those experiences as they can, and if they get that chance at Chelsea, they’ll be fully deserving of it.”