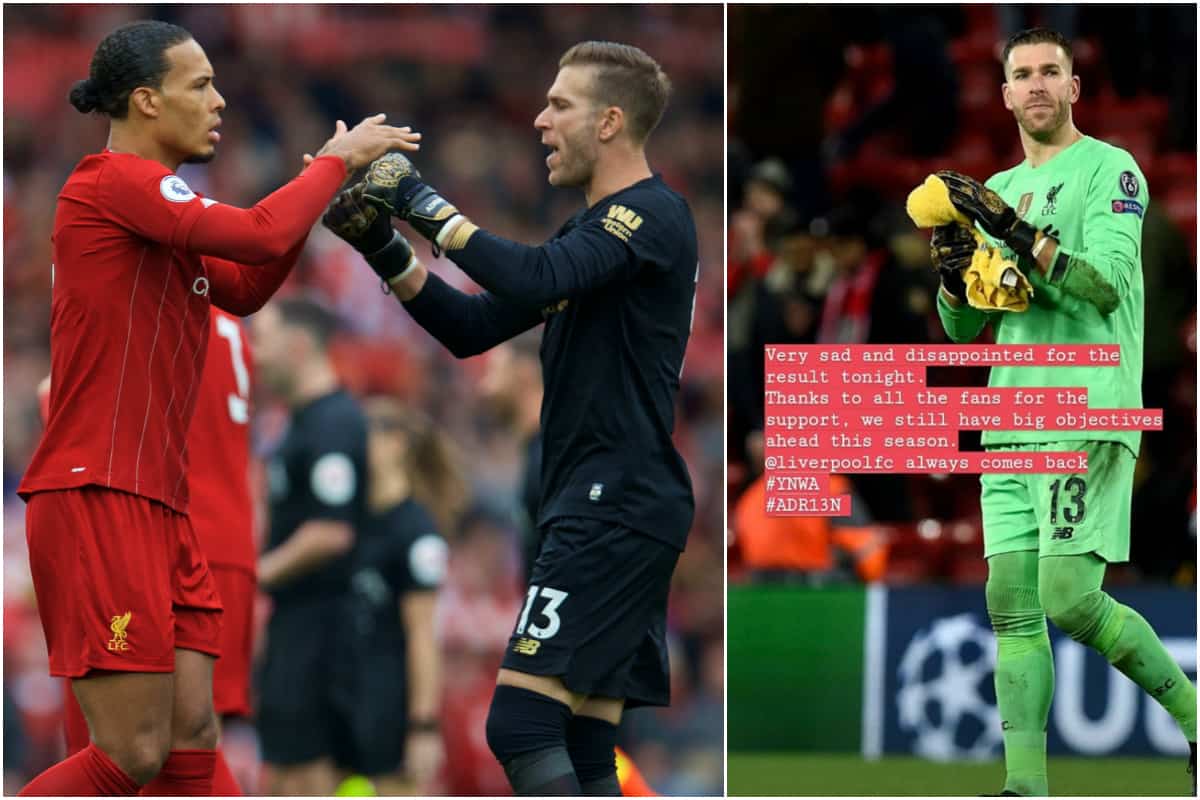 Adrian expressed his sadness after Liverpool’s were knocked out of the Champions League by Atletico Madrid, while Virgil van Dijk insisted “you win and lose together.”

All eyes were on Adrian after the Reds’ 3-2 defeat at Anfield on Wednesday night, as they bowed out of Europe’s top-tier tournament with a 4-2 aggregate loss.

It was the Spaniard’s error in the second half of extra time that allowed Atletico back in, ignoring calls from Van Dijk to pass into safety and inadvertently delivering the ball to Joao Felix.

Felix laid it on to Marcos Llorente who fired into the bottom corner from range, with Adrian slipping in his efforts to save it, before conceding twice more in extra time to consign Liverpool to a miserable exit.

The 33-year-old was unsurprisingly criticised in the aftermath, and taking to social media he conceded he was “sad and disappointed” at a result that was “clearly not what we were expecting”:

Very sad and disappointed for the result tonight, clearly not what we were expecting. Thanks to all the fans for the support, we still have big objectives ahead this season.@LFC always comes back pic.twitter.com/sMVqQqp4qF

Adrian was supported by his team-mate and fellow member of the goalkeeper’s union Andy Lonergan, who reinforced his message with a simple “YNWA.”

And speaking to LFCTV, Van Dijk was asked about the situation, and provided a staunch backing of Alisson‘s deputy, saying “we all do it together.”

“You win and lose together, that’s the message that we always have,” he explained.

“There’s no one to blame and look at, we all do it together, that’s the mentality we have so there’s nothing to worry about.” 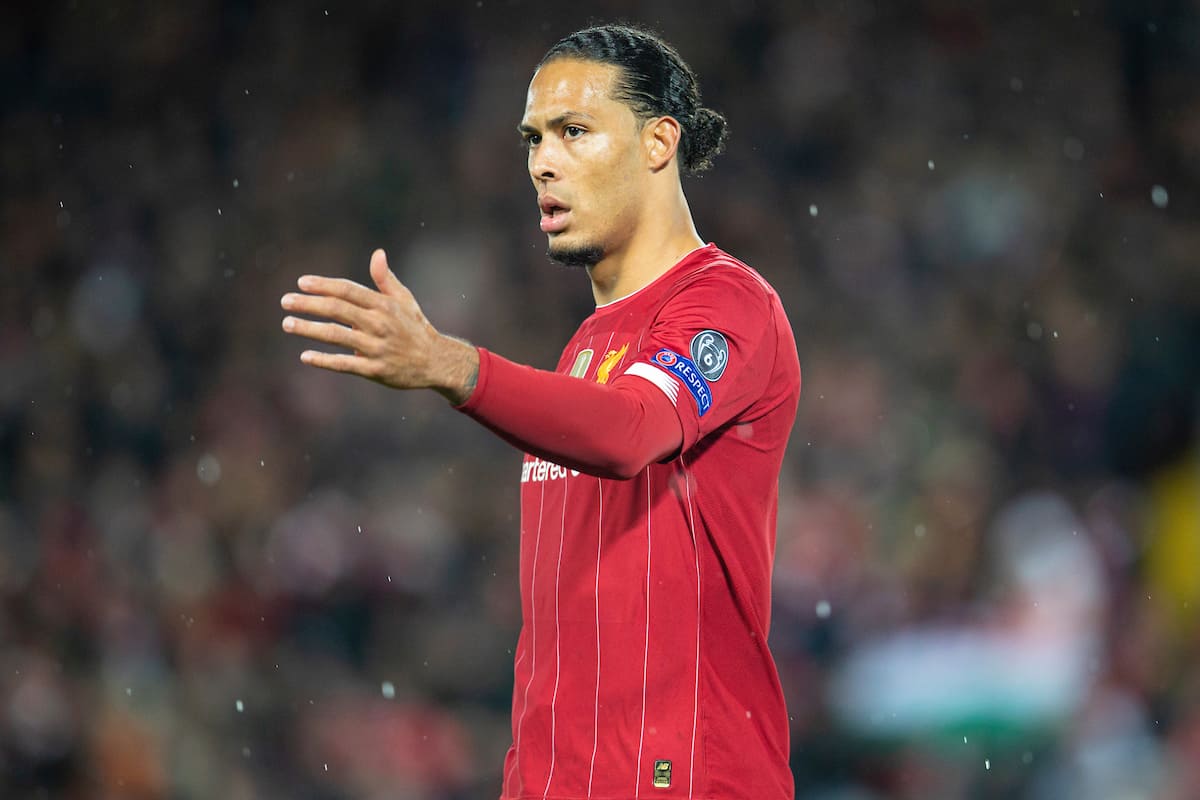 Van Dijk was also quick to note how strong Liverpool’s performance was overall, saying “the 95 minutes we played were outstanding,” and that “the only thing is they had quite a good goalkeeper in their team.”

The Dutchman is already looking towards Monday night and the Merseyside derby, which could still see the Reds clinch the Premier League title if Man City were to lose to Burnley on Saturday:

“We have been outstanding the whole season, and we have to just keep doing what we’re doing.

“It’s not easy, but the thing now is just to make sure we’ll be ready for a very tough game on Monday.

“Everyone wants to play that game, it’s going to be a very tough game, a big challenge. It’s something that we should all enjoy.

“But for now, obviously, we recover and get our heads up again, because we didn’t lose here for a long, long time. It happens.”

Meanwhile, Dejan Lovren—as a player who is particularly familiar with criticism—also backed Adrian, and insisted the Reds should “take out the positives and focus on the things ahead of us”:

Say whatever you want but, we will always stick together no matter what. We should look only forward, take out the positives and focus on the things ahead of us. We did amazing and with all the effort which we gave, with should walk with our head high. Thank you fans for your incredible support ?? Boys well done ?? #ynwa ???

Lovren also paid tribute to the Anfield support, which was echoed as James Milner, Andy Robertson and Jordan Henderson all took to Instagram:

Not the finish we wanted – but players & fans gave it everything till the end. I’m proud to be part of this great club #YNWA

That was a tough one to take, gutted to have lost after the way we played! The fans were incredible, we’re sorry we didn’t come through for you. So proud to be a part of this team and club! #YNWA

Not our night but amazing support once again! #YNWA

The squad are right to absolve Adrian of the blame regardless of his contribution to the night, particularly as he will be required again in five days’ time at Goodison Park.

With Alisson injured, he is Jurgen Klopp‘s stand-in goalkeeper, and the hope is he is in the right frame of mind to turn things around with an influential Merseyside derby display.