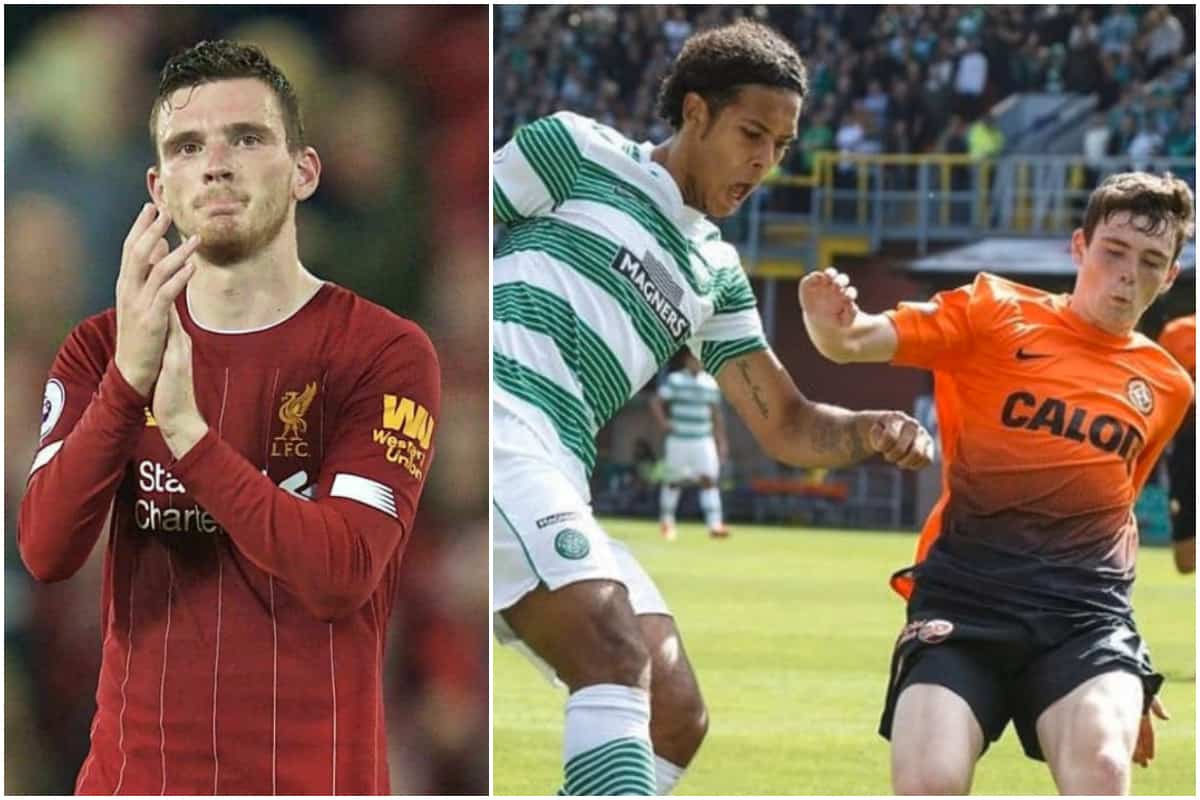 Andy Robertson took to Twitter to engage with supporters and provided a few insights into his past…and a few hilarious points of view of his team-mates, too.

The left-back gave fans an hour or so of his time after inviting them to send in questions and alleviate the boredom of being in lockdown.

Naturally, there were a whole range of questions from the interesting to the inane—and fair play to Robbo, he answered every type!

The big story of the day was undoubtedly his historical, and ongoing, rivalry with Virgil van Dijk, after an extremely old photo surfaced from a time when both plied their trade north of the border.

…but our No. 26 also reckons he won the duel on the day when they faced-off in Scotland, Van Dijk playing for Celtic and a fresh-faced Robbo in the colours of Dundee United.

I won the ball, had him in my back pocket all game!! https://t.co/WwHiuPCtIw

However, the plot thickens: it’s not quite the way the Dutchman remembers the occasion going!!

Elsewhere there were naturally plenty of Liverpool references; Robbo had to pick a Reds player in his dream trio to be stuck with:

Roberto Carlos, Henrik Larsson, and of course the one and only James Milner!! https://t.co/ocNeDEi0tR

And reckons he’d get the nod over Mo Salah in a battle of the left-footers—in slightly tongue-in-cheek fashion, of course!

His best game was an obvious one – the Champions League final win last year – and while Henrik Larsson gets the nod as his favourite all-time player, from a Premier League perspective he name-checks former Reds captain Steven Gerrard alongside Arsenal‘s iconic striker Thierry Henry as idols from his youth.

There were a couple of other questions relating to his Celtic roots and his love of Irn-Bru, while golf also got a look-in—did you know Robbo is an eight-handicap?!

It was an easy thing to do, for the defender to give up some of his time and engage with supporters at what is a difficult time for many, but doing it is another matter. Yet again, a member of the squad show they are prepared to go above and beyond the norms, showing their approachability and humility to recognise they can help others.

#AskRobbo was officially a success!