Jurgen Klopp has named Jordan Henderson in his starting lineup as Liverpool aim to overcome Atletico Madrid and reach the Champions League quarter-finals.

The Reds head into tonight’s Anfield clash with a one-goal deficit from the first leg in Madrid, and are plagued by an ongoing injury to Alisson.

Alisson‘s hip problems will rule him out of this game and at least the next as well—that being the Merseyside derby on Monday night—leaving Adrian to start.

This is Adrian‘s third outing in the Champions League, having conceded five goals in his previous two, and after a shaky start to life back between the sticks he will be eager to produce this time around.

Ahead of the Spaniard in defence are Trent Alexander-Arnold, Joe Gomez, Virgil van Dijk and Andy Robertson, who celebrates his 26th birthday today.

Henderson‘s return sees him set to occupy the No. 6 role in midfield, joined by Gini Wijnaldum and Alex Oxlade-Chamberlain.

Mohamed Salah and Sadio Mane flank Roberto Firmino in attack, tasked with supplying a more clinical edge than they mustered at the Wanda Metropolitano. 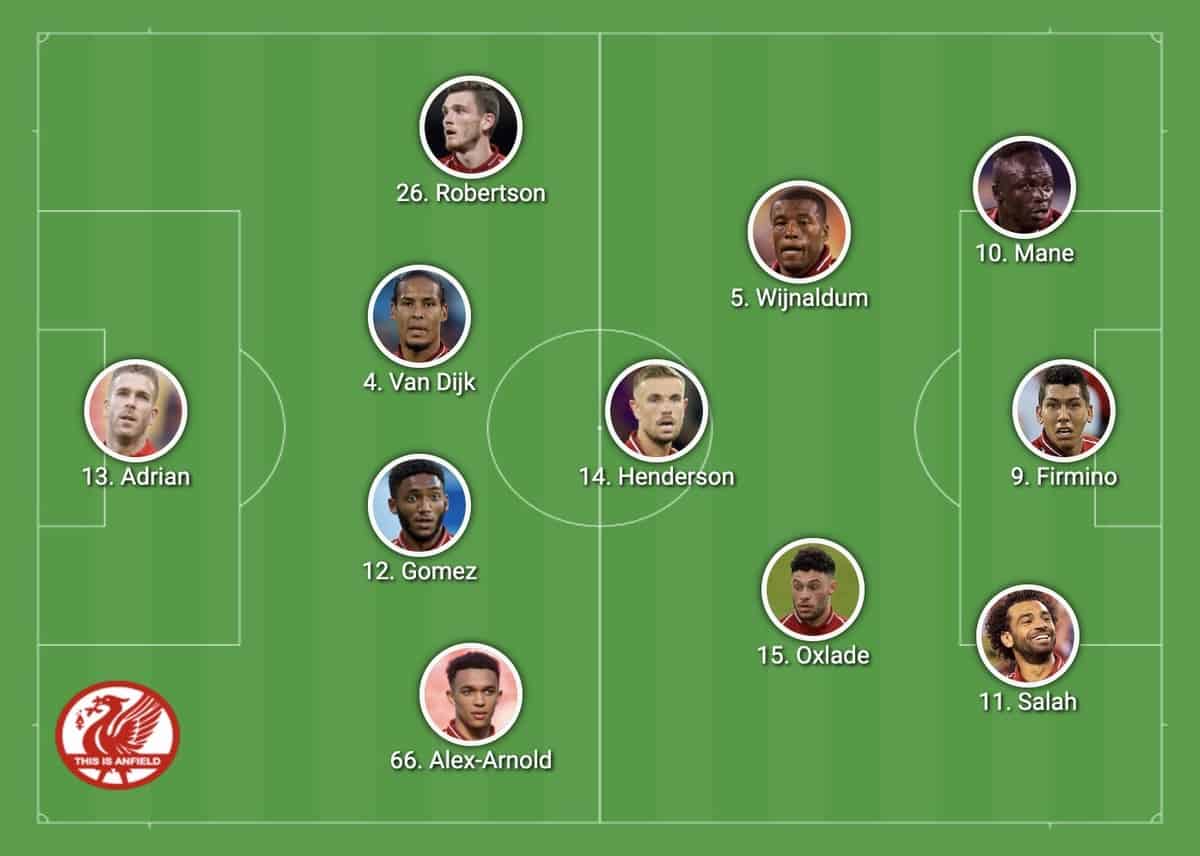 Liverpool failed to hit a shot on target in the first leg, and Diego Simeone has conceded the Reds “know how we will play after eight years of being here,” suggesting another defensive approach from Atletico.

The manager’s lineup gives them a strong opportunity to take the result, but he also has the likes of Fabinho, James Milner and Divock Origi on his bench, along with Andy Lonergan, who gets an unlikely first taste of a Champions League matchday squad.