With Liverpool on the search for a new head of medical services after the departure of Andy Massey, a possible candidate has left a prominent role with England.

Massey, who left to take up a role with FIFA this month, was expected to be replaced by Gary O’Driscoll, who has now opted to stay with Arsenal.

This has put Liverpool in a difficult position, with academy doctor Jim Moxon filling in for the time being, during an unprecedented time for the club with the coronavirus pandemic.

Moxon is being supported by medical rehab and performance manager Philipp Jacobsen and doctor Sarah Lindsay, but for the long term a new appointment of the leading position is likely.

Missing out on O’Driscoll was a big blow, and the Reds were also knocked back by another Premier League doctor, with Michael Edwards leading the search at this stage.

It could be that their next move has been revealed with the exit of Rob Chakraverty from the England national team, with the doctor explaining his desire to “seek new challenges” after four years in the setup.

This is purely conjecture at this stage, but the timing of Chakraverty’s departure is intriguing as it comes less than a week after it emerged O’Driscoll would not be moving to Liverpool. 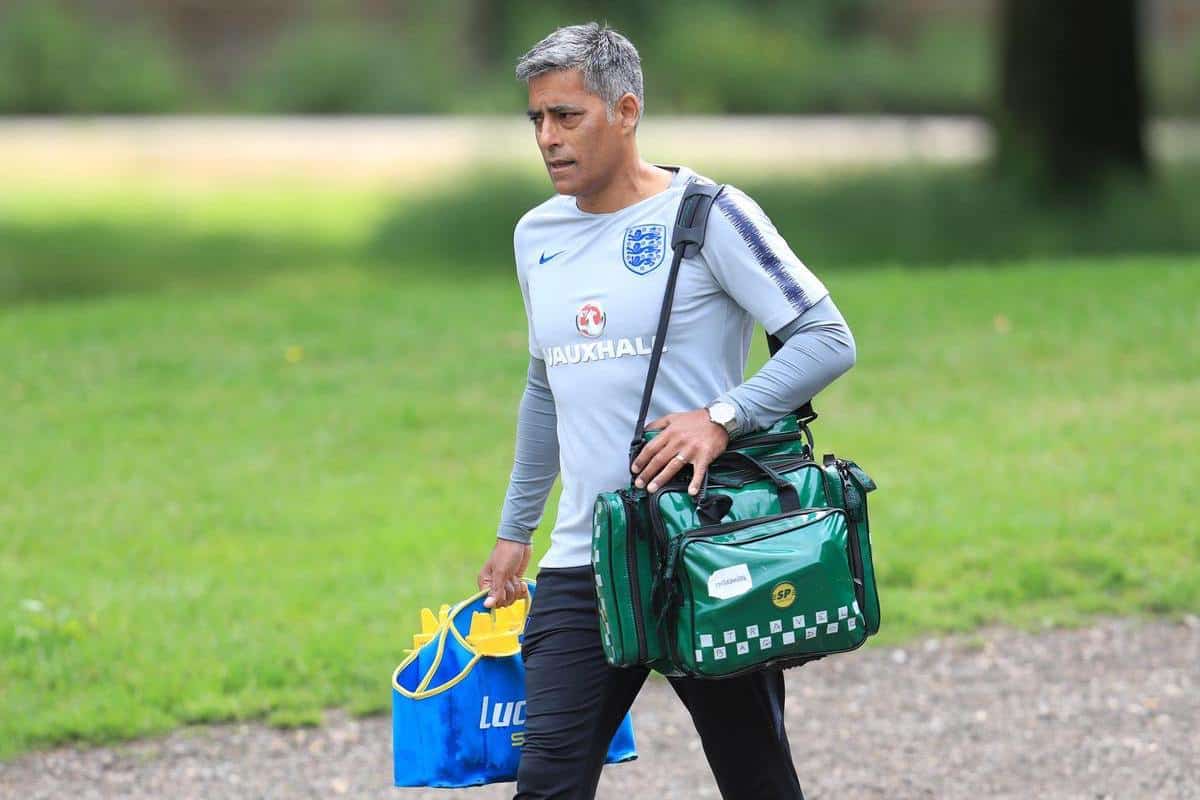 Chakraverty’s career has not been short of controversy, having been one of those to administer L-Carnitine to Mo Farah in 2014, with the distance runner failing to record the amino acid on his doping control form.

Scrutiny remains over Farah and his former coach Alberto Salazar, but Chakraverty was cleared of any wrongdoing having administered L-Carnitine within permitted levels.

Chakraverty has served as lead performance doctor with the England men’s side since 2016, and before that held the role of chief medical officer with UK Athletics.

There is every likelihood that Chakraverty will not end up at Liverpool, but his name is one to keep an eye on as Massey’s successor is considered.