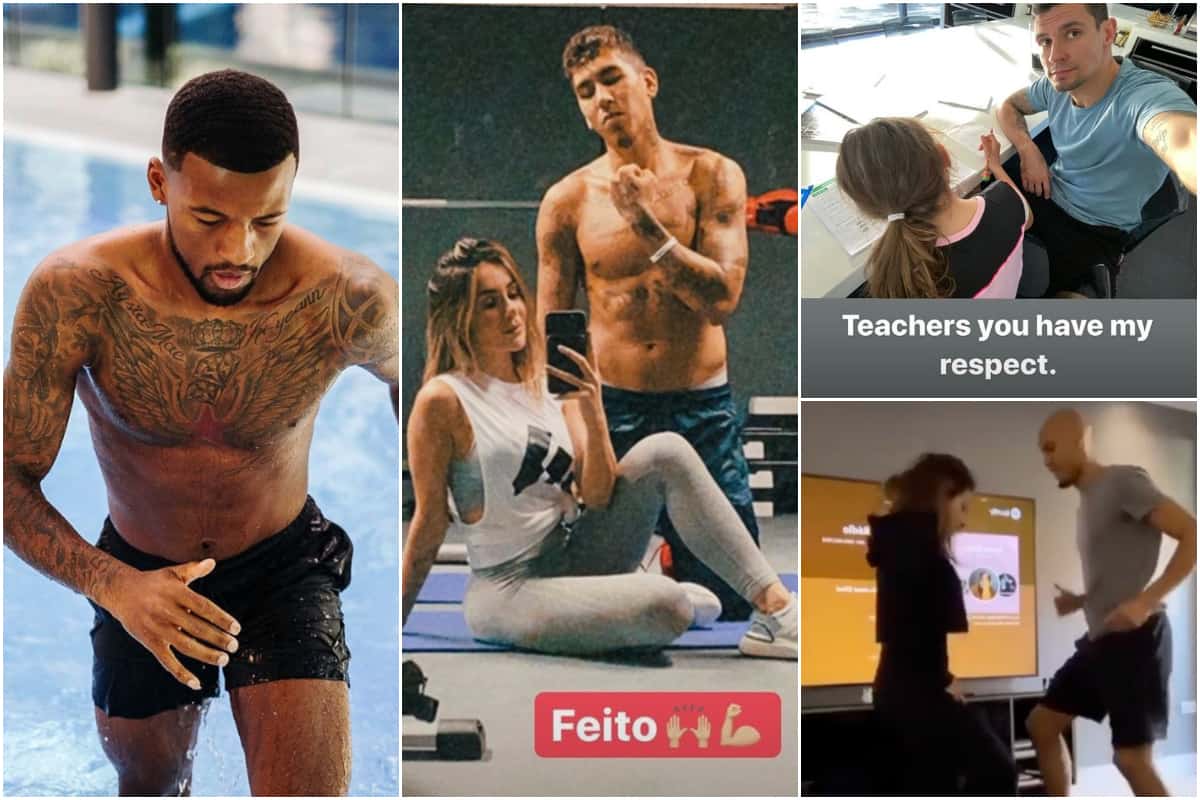 The Liverpool squad remain in isolation as the government announced a ‘lockdown’ in the UK, and it has given the parents work to do and others time to get creative.

It was announced on Monday evening that the public are no longer permitted to leave their homes for at least the next three weeks unless truly necessary.

Jurgen Klopp‘s squad have already been away from Melwood since mid-March, and clearly are no longer due back at the start of April as initially planned.

The closure of schools has left many parents home-schooling their children, and taking to his Instagram story on Monday, Lovren declared “teachers you have my respect,” with a selfie of the centre-back struggling to teach.

This follows James Milner‘s tongue-in-cheek video, sharpening pencils with the caption: “There will be no slacking off under Mr Milner.”

Roberto Firmino and his wife will also be engaging in educational activities, but the striker’s Instagram saw him training in his home gym and singing along with his kids on the piano:

Fabinho, meanwhile, took part in the latest social media challenge along with his wife, Rebeca Tavares, putting together a dance routine in their living room:

Marko Grujic did similar, as shared by his girlfriend Mia Zeremski on her TikTok account:

After being banned from playing football indoors, Gini Wijnaldum has taken up swimming, writing “I don’t swim often, but I’m starting to enjoy it these days”:

I don’t swim often, but I’m starting to enjoy it these days ?

Pedro Chirivella did what many are doing while stuck indoors, spending time on his PS4:

Elsewhere, Adrian provided an insight into his footballing taste as he shared his favourite players from Germany, Argentina, Belgium, Brazil, Spain, Italy, Nigeria, England and France on Twitter.

Two fellow goalkeepers made the cut in Oliver Kahn and Gianluigi Buffon, while Steven Gerrard took the honour as Adrian‘s English representative:

Best player you’ve ever seen in these countries:

Gerrard, meanwhile, delivered a clear message on his Instagram account on Monday, writing “please everyone STAY HOME and help our NHS!”:

Please everyone STAY HOME and help our NHS! Let’s support our key workers the best we can by staying at home so they can keep doing a fantastic job for us ?? #stayhome #nhs

Lovren joined his Croatian team-mates in a similar plea, joining the likes of Luka Modric and Ivan Rakitic in urging the public that “the coronavirus is not a game”:

Alisson has teamed with FIFA and the World Health Organisation to launch a new coronavirus awareness campaign, alongside a host of other players including Lionel Messi:

Let some of football's biggest names tell you what you need to be doing to help tackle #COVID19.

“It starts with your hands,” the goalkeeper explained. “Please wash your hands frequently with soap and water or an alcohol-based solution.”

It is a simple message in this difficult time, and while avoiding boredom while in ‘lockdown’ is essential, so too is following the health procedures outlined to avoid spreading the coronavirus.