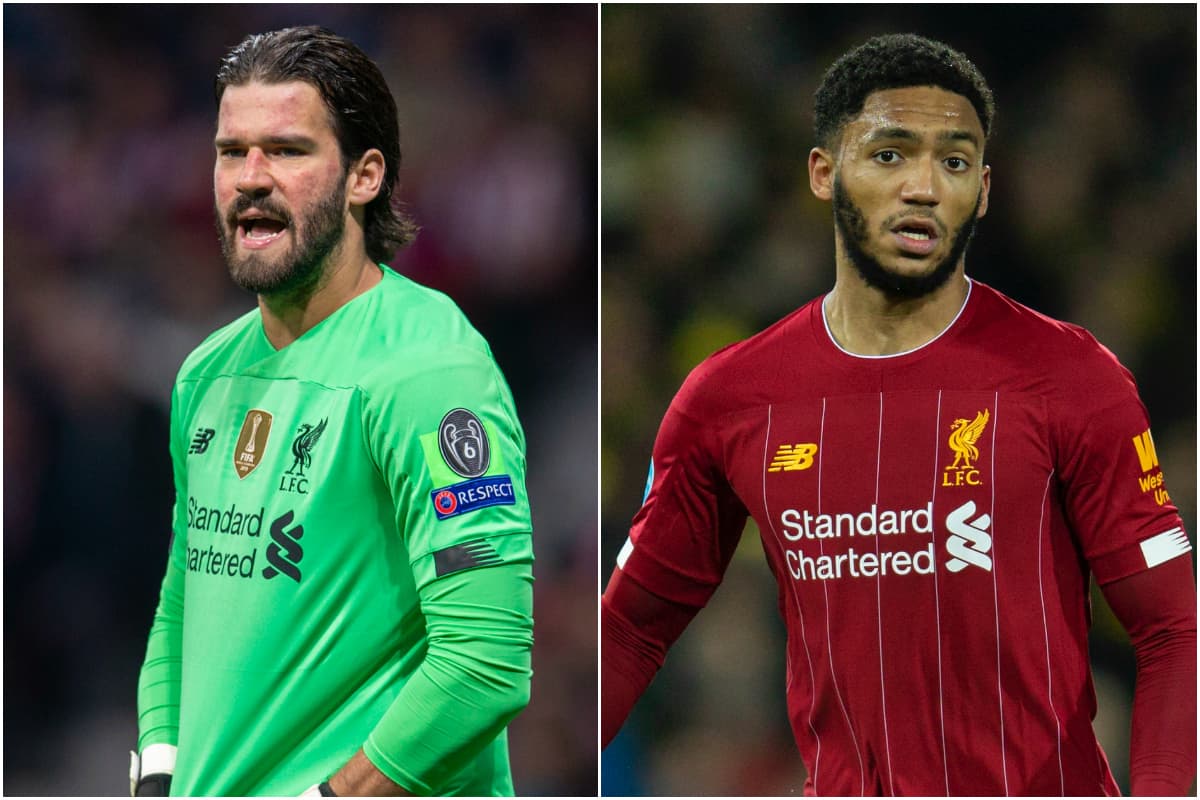 Liverpool enjoyed a productive but far-from-perfect February, with defensive players standing out the most during the month.

February started with a comprehensive 4-0 victory over Southampton, before the youngsters knocked out Shrewsbury Town in the FA Cup.

A winter break then followed for Jurgen Klopp and his players, but since returning, they have been nowhere near their top level.

Liverpool edged past Norwich and West Ham in the Premier League, while a Champions League defeat at Atletico Madrid was sandwiched in between.

February ended with Saturday’s pitiful 3-0 defeat away to Watford, which saw the Reds’ hopes of an unbeaten league season come to an end.

Here’s how we ranked Liverpool’s top five players in February. 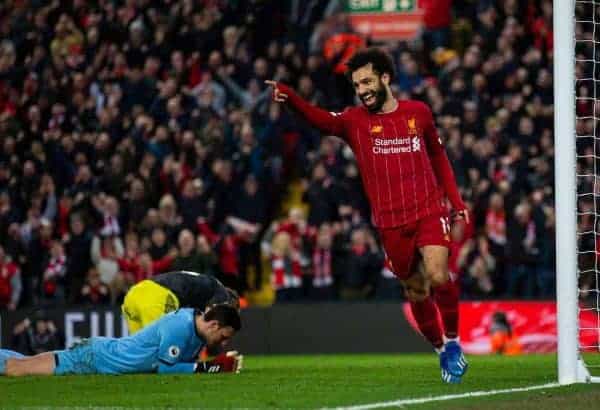 After a goal and an assist at West Ham at the end of January, Mohamed Salah started February in a similarly rich vein of form.

The Egyptian King found the net twice in the win over Southampton, generally wreaking havoc with his speed and movement.

Salah’s third goal of the month came against West Ham, taking his tally for the season to 19 in all competitions.

In truth, there were still aspects of the 27-year-old’s game that were below-par, most notably his ball retention, but his impact in the final third sees him make the cut ahead of Sadio Mane and Roberto Firmino.

This was a mixed bag of a month from Trent Alexander-Arnold, with his fourth-place ranking perhaps highlighting how much Liverpool dipped below their usual level in February.

The youngster’s quality down the right flank has been on show – it was hopeless away to Atletico, mind – and he picked up assists in the victory over West Ham.

In a defensive sense, Alexander-Arnold was less impressive, however, too often looking susceptible up against tricky left-sided players, including Gerard Deulofeu.

His dreadful mistake at Watford, which saw Troy Deeney make it 3-0 to the Hornets, was the worst moment of his month, capping off a poor all-round showing.

Andy Robertson may have been outdone by Alexander-Arnold in the assist stakes in February, but he edges his fellow full-back.

The Scot is arguably one of the very few players to have actually played fairly well since the winter break, benefiting from it after struggling with an injury.

Robertson’s performances were far from earth-shattering, but he was defensively resolute and always looked to make things happen in the final third.

He shone more than most in the insipid losses to Atletico and Watford, and laid on an assist for Salah at home to West Ham, on a night when he made more key passes (six) than anyone.

The left-back can certainly play better, but he deserves credit for remaining at a relatively high level.

In fact, his absence in Saturday’s defeat to Watford further showed just what an integral member of this Reds he has become, solidifying his ranking in the process.

Gomez was a key member of the defence that kept clean sheets against Southampton and Norwich, while he was also one of the best performers on a disappointing evening in Madrid.

It is so easy to forget that Gomez is still only 22 years of age, but he is now a nailed-on regular alongside Van Dijk, and should be for England, too.

The gulf in class between Gomez and Dejan Lovren became even more evident at Watford, when his presence was so sorely missed.

It’s Alisson who takes home the prize for February’s star man, perhaps further showing how Liverpool failed to spark in an attacking sense during the month.

The Brazilian is a monster of a goalkeeper and his influence was on show numerous times during one of the less positive months of the campaign so far.

Alisson recorded clean sheets against Southampton and Norwich, making key saves in both matches to deny the likes of Shane Long, Moussa Djenepo and Teemu Pukki.

His best moment was a wonderful save to keep out Lukas Rupp at Carrow Road, showing quick feet and a long reach to deny the Canaries’ midfielder an almost certain goal.

It should also be mentioned that without Alisson‘s input against Atletico, Liverpool could face an even taller order in the second leg.

He is truly an elite footballer.