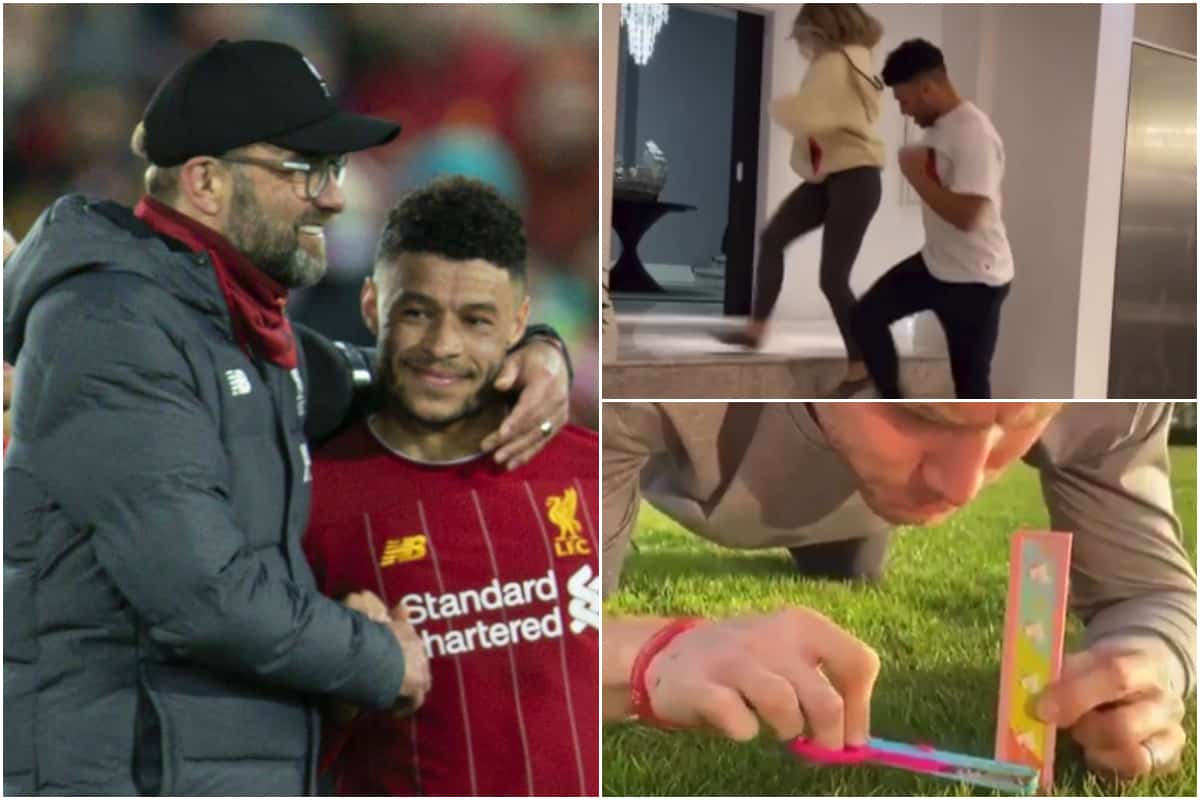 It’s not a great time out there in the world right now – which means an ability to keep a sense of humour and a positive mood at home is important.

One of the big characteristics of this Liverpool squad has been its togetherness and postive mental attitude, both of which are being tested at present.

The squad, like the rest of the country, is locked down, at home and away from each other and the usual training environment.

It means many of them have taken to social media to entertain themselves and everyone else—with manager Jurgen Klopp fully behind their attempts to keep spirits up.

Speaking to the club website, the boss explained how the players and the rest of the staff all stay in touch and are coping with the day-to-day routine—noting that he even had a go at emulating Alex Oxlade-Chamberlain‘s step-dance act with partner Perrie Edwards!

James Milner‘s precision cutting of the lawn, however, was one step to far even for Jurgen to follow:

“We spoke a couple of times, we have a really intense, big, big group chat – the whole of Melwood are in that,” Klopp said.

“I didn’t cut the grass but I tried the dance of Ox! Not as bad as you probably think!”

For a manager who is so used to encouraging a group mentality, a tight-knit squad and being on top of every player’s wellbeing, this is an extraordinarily different moment to deal with.

Klopp has shown his compassionate side on multiple occasions already, recently in his support of health workers, but he also notes that while acknowledging the seriousness of the time, people must also uplift each other when possible.

“It’s very important in these times that we all show we take this situation seriously, but we are human beings.

“At the moment we are at home and when you are at home, you cannot do something to help outside. We are not health workers, we don’t work in a supermarket. You have to keep your own mood up and you have to keep the mood up for other people.

“If the boys do anything on Instagram, as long as it’s in a legal frame I’m overly happy about it – it just shows they are still cheeky and all that stuff. I like it, I like it a lot.

“I like the line-ups they do. All these things are really funny. It’s good.

“I watched a few movies – I watched the Taken trilogy again! To be honest, that’s how it is – you do a lot of things you usually don’t do. I’m still in that period. Two weeks is long but it’s not that long.”

It’s great to hear that the boss is encouraging and even joining in with the small moments of levity that the squad are providing.

Even distanced as they are from each other, things such as the WhatsApp chat groups keep the feeling of togetherness going—something Liverpool will need once more, whenever it is they get back to the on-pitch action.