Eight of the Premier League‘s top 10 are bidding to stop Man City returning to the Champions League next season, as they appeal to the CAS regarding their ban.

City are currently facing a two-year ban from Europe’s top-tier tournament, along with a €30 million fine, for breaching FFP regulations.

The commonly held belief is that the Manchester club will appeal UEFA’s ruling to the Court of Arbitration for Sport (CAS), which would likely allow them a ‘stay’ for next season.

But according to the Mail, Liverpool are among eight top-flight clubs who have written to the CAS, separately but via the same law firm, to object this measure.

City and Sheffield United are the only clubs among the Premier League‘s current top 10 not involved, it is claimed, with the Reds therefore joined by Leicester, Chelsea, Man United, Wolves, Tottenham, Arsenal and Burnley.

Those on the fringes of the top four have a vested interest in City’s ban being upheld, as that would open up fifth place to qualification for the Champions League.

United are currently fifth, three points behind fourth-placed Chelsea, with the remainder firmly in the running when the league resumes. 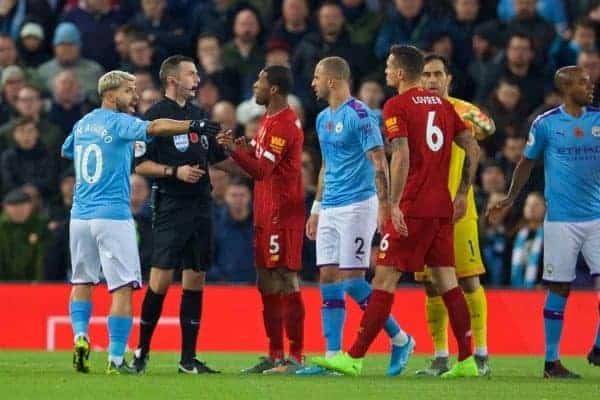 Liverpool are not set to directly benefit, as they have already booked their place in next season’s tournament and are six points away from the title, but their view is likely in line with a source cited by the Mail.

They insist “enough is enough,” with any chance of City avoiding a ban for 2020/21 deemed “outrageous.”

City are yet to lodge an appeal, but due to the current situation in world football in the wake of the coronavirus pandemic, it seems more likely any ruling will be delayed.

This has clearly prompted the rest of the top half to take action, as if City were permitted to enter the Champions League with a ban pending it would only further underline the fallacy of the situation.