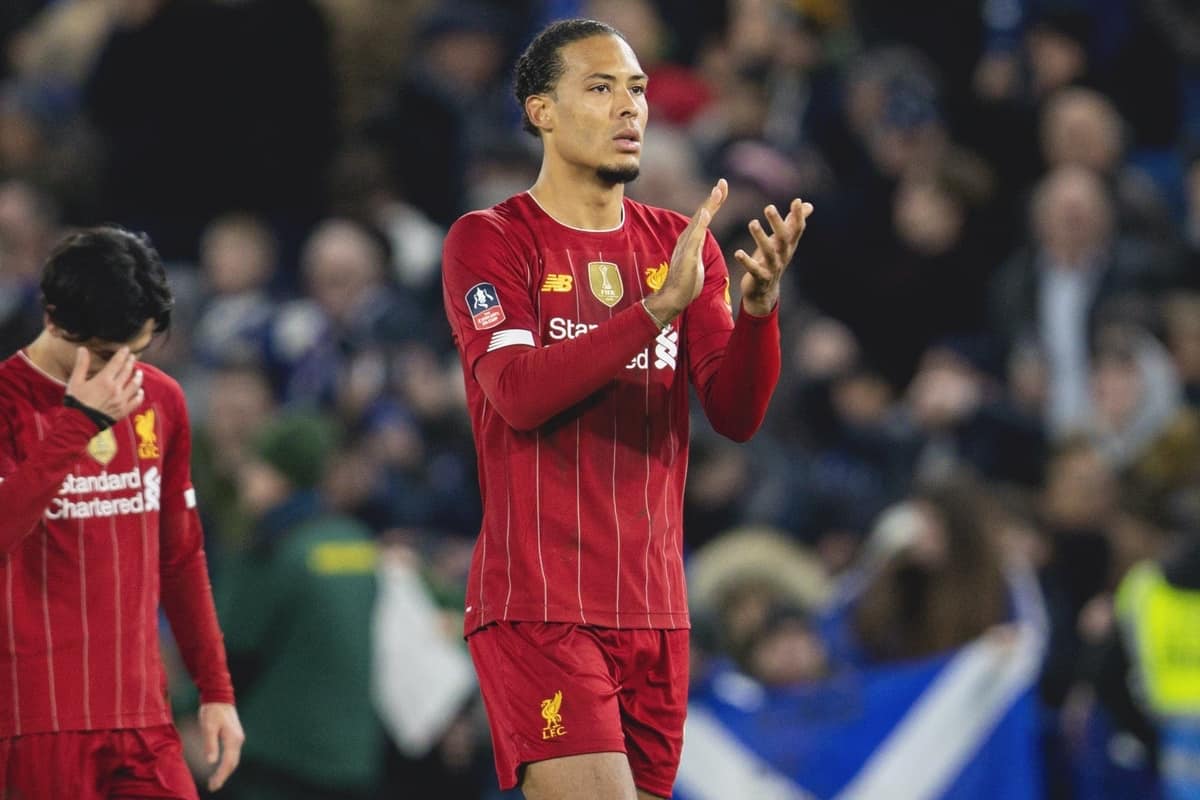 Liverpool fell to a third defeat in four games and were knocked out of the FA Cup at the hands of Chelsea, and fans once again expect a response.

The Reds made the trip to the capital to meet Frank Lampard’s Chelsea in the fifth round, with Jurgen Klopp naming a strong XI.

There were bright signs in the early stages but as the game found its tempo, the hosts turned on the afterburners and, despite Adrian making a flurry of saves, he was unable to keep out Willian’s effort after Fabinho lost possession.

Ross Barkley would add the second after the break as the Reds were woefully caught out of possession and there were few signs of Liverpool making a recovery.

A number of chances would come the way of the hosts to pile on the misery, but the scoreline would remain at 2-0 as Klopp’s side saw their FA Cup run ended as they fell to yet another defeat.

Fabinho.. what’s happened? Looks a shadow of himself.

Fabinho reminds you Yaya Toure – absolute monster of a midfielder when he has minutes in his legs & rhythm.

If not, he plays like he’s pulling a fridge #LFC #CHELIV

LFC midfield completely open so far. Being torn apart in transition. Forces the full backs to cone in so then there is space for Pedro and Willian

Anywho. Big issue for me is Fabinho. He's struggled to rediscover his form since coming back from injury. It was survivable with Hendo in there but no Hendo and a misfiring Fabinho = a non-functional midfield no matter what other parts are mixed in.


Lacking control in midfield. Lallana and Fabinho giving away the ball in dangerous areas. Too open in transitions.

“It’s a good job I know how good Fabinho can be.”

Again, loads of poor performances, but Fabinho’s form is a big worry. With Henderson out, he has to be much better. He’s been pretty crap in every game since he returned.

Despite a mistake in the lead up to the second goal, Jones caught the eye & his substitution was met with surprise…

Some of Curtis Jones' touches are absolutely ridiculous

“Jones is probably one of the few on the pitch having a good game, why take him off.”

“Jones been our best MF this half so Klopp takes him off! The mind boggles.”

Curtis Jones is so calm in possession.

Overall, the performance was one which could not be excused as every department continues to be well below the expected standards after the break…

Not good, again, this evening. #LFC got progressively worse and in the end Chelsea defended quite comfortably. A very disappointing team performance (but Minamino and Fabinho particularly poor).

3 defeats in 4 games, 8 goals conceded and only 3 scored in last 5 games. Liverpool poor in defence, midfield and attack. It’s a worry.

Simply not good enough all round

JK will be fuming

Hopefully that's this seasons blip fully out of our system now

I would not want to be the Bournemouth defence come saturday lunchtime – Major backlash coming and I fully expect them to receive a hiding !!#CHELIV

Think the players have mentally checked out post winter break, need a wake up call

Creating chances a problem for Liverpool at the moment. Chelsea have two goals, Pedro sitter and have hit the bar twice, off 37% possession (15 shots 7 on target). Liverpool 12 shots 5 on target, Kepa barely had a save to make since his three in a minute in the first half #CHELIV

Since that 'winter break' we have been absolutely woeful. Destroyed our fluidity and rhythm.

My real concern is that in the 2nd half of all the 3 games we have lost recently we have not tested the opposition keeper at all.

Does anybody know if we saved the game before the winter break? I think we should reload it.

And it, again, is all about the reaction for Liverpool as another big week lies ahead…

Atletico Madrid next week is massive. Lack of FA Cup progression a disappointment & more questions raised. Now all about reacting at the weekend, but particularly Atletico. Still so much to play for for this #LFC side. Need to kick back into gear and not coast to the end.

“Concentration and confidence are just gone atm. Time to regroup and win that fucking league!”

Liverpool should probably focus on winning four more league games between now and May, first and foremost.

Don’t panic folks!we are all Gutted to go out the FA cup!but now the season really starts,Got to put the league to bed ASAP ,and have another proper go at MR BIG EARS.We are looking at Number 19?and hopefully Number 7??You’ll All Never Walk Alone!!WORLD CHAMPS

We're definitely beat Atletico Madrid now, on a brighter note. No way a team this good loses this often in a short span of time.

Would like to apologise to Bournemouth in advance for the absolute humiliation they will be on the end of on Saturday.

Liverpool's second defeat on the spin will give their detractors some succour but in a few weeks, they will lift their first league title for 30 years. That is enough to make it a season of seasons for them.

Not going to criticise this team for what they’ve done this season. It’s ridiculous not to expect a blip. But losing is shit and we need to unleash that frustration and rain merry hell down on Bournemouth and Madrid. We need our intensity back. #LFC.