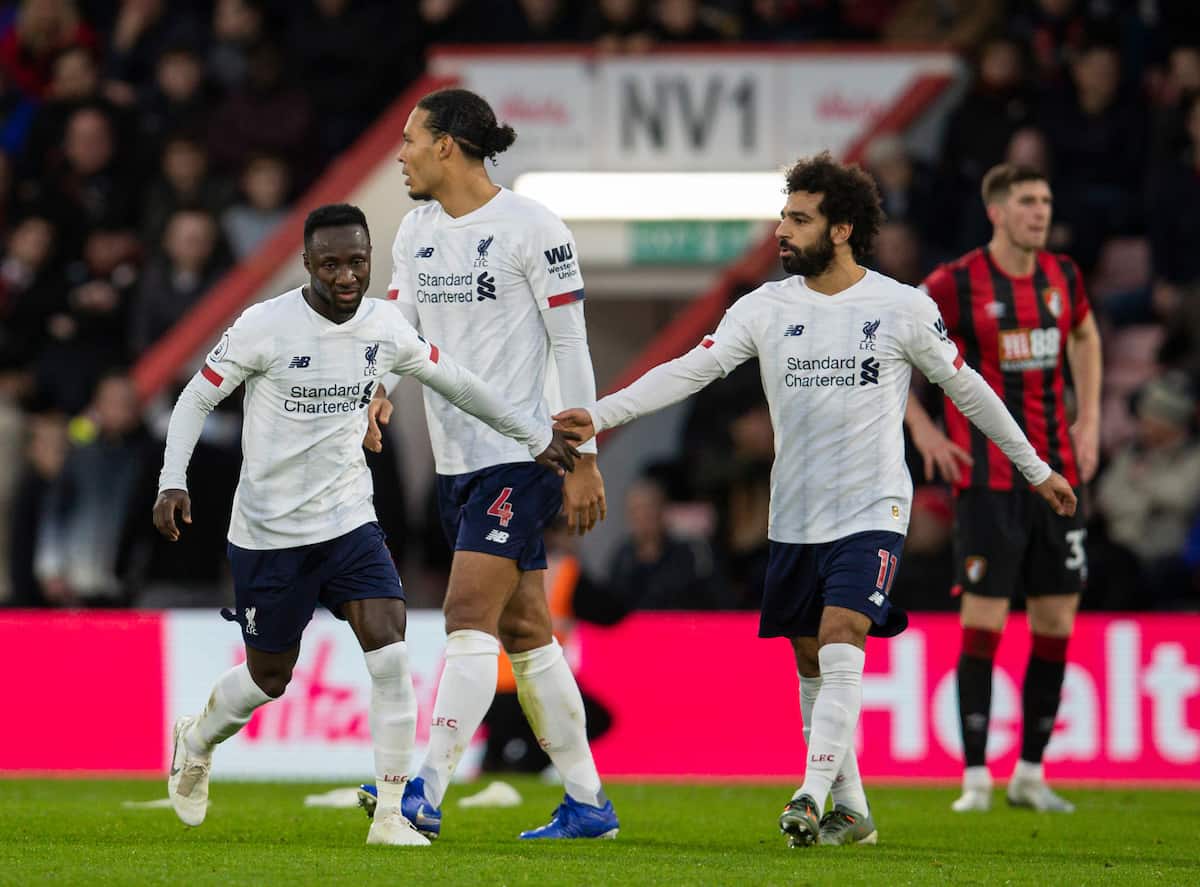 Liverpool return to Anfield in search of an immediate response in the Premier League, with Bournemouth the visitors.

Liverpool’s last two outings have resulted in an exit from the FA Cup in the fifth round and the end of an unbeaten run in the Premier League with Watford denying the Reds a 19th successive win.

With just one victory from the last four games and only three goals in that time, all of which came against West Ham, a response is needed against the Cherries in what is the start of another important week ahead.

The Reds have looked disjointed and out of sorts since their return from the winter break and while Atletico’s visit in the Champions League looms large, all attention must remain on Eddie Howe’s side.

Bournemouth are in the midst of a relegation battle as they sit in 18th place with 27 points from 28 games, adrift of safety by goal difference alone.

Having been taught a lesson at Vicarage Road there is no room for complacency against a side fighting for their place in the topflight, despite a commanding run of results over the Cherries which has returned five straight wins with an aggregate score of 17-0.

The early afternoon kickoff could pave the way for a number of changes in personnel and even in formation, with a return to the winner’s board and to within nine points of the title top of the agenda.

Liverpool will have to achieve those feats without their number one goalkeeper, however, with Alisson ruled out of action for the visit of both Bournemouth and Atletico, at the very least.

The manager revealed that the Brazilian had sustained a “small muscle [injury], in the hip region” and could only pencil in his return for after the international break which follows the matchup with Crystal Palace.

Adrian will deputise in his absence with Andy Lonergan to assume second choice shot-stopper duties with Caoimhin Kelleher having also picked up an injury.

Meanwhile, both Jordan Henderson and Xherdan Shaqiri remain sidelined for the clash.

The latter has yet to show any signs of an imminent return with an ongoing issue, while the skipper will be similarly absent on Saturday, but “has a chance” to feature in midweek as he picks up his recovery from a hamstring injury.

In some welcome news, Naby Keita returned to training during the week after overcoming a hip issue of his own, and is in contention to feature against the Cherries.

For Bournemouth, Reds loanee Harry Wilson is unavailable as he is ineligible to face his parent club, while former Liverpool target Lloyd Kelly could be in contention after recovering from an ankle injury.

Last 5 at Home to Bournemouth (All Competitions)

While Liverpool do not currently have their scoring boots on, there is another record to be equalled if they find them in time.

The Reds have won the last five meetings between the two teams with an aggregate score of 17-0, and each of those has resulted in a winning margin of at least three.

And a sixth consecutive winning margin of at least three goals will see Liverpool match Man City’s record of achieving such a feat in six successive top-flight games against a single opponent – a tally they notched against Wolves between 1902 and 1905.

Not to mention, a win here would give the Reds their 22nd consecutive win at Anfield in the Premier League – a run which dates back to the 1-1 draw vs. Leicester in January, 2019.

Speaking in his pre-match press conference, Klopp remained respectful and wary of the danger Bournemouth can pose, but backed his side to emerge with three points if they “perform at [the] highest level”:

“How opponents play against us is not new, it is the same, a defensive block and counters with set pieces.

“Bournemouth are dangerous from them so we have to be 100 percent spot on. We have to play football, force a way through, switch sides, create space and protect it perfectly.

“We know if we perform at our highest level it will be difficult for Bournemouth. Let’s not forget that. We don’t go there and think we can tick the box and carry on, we are 100 percent focused.”

Liverpool’s clash with Bournemouth will be shown live in the UK on BT Sport 1 and BT Sport Ultimate, with coverage starting at 12pm (GMT) ahead of the 12.30pm kickoff.

Ben Twelves will be keeping you informed and up to date with all the action on This Is Anfield’s matchday liveblog, starting from 11.45am (GMT).