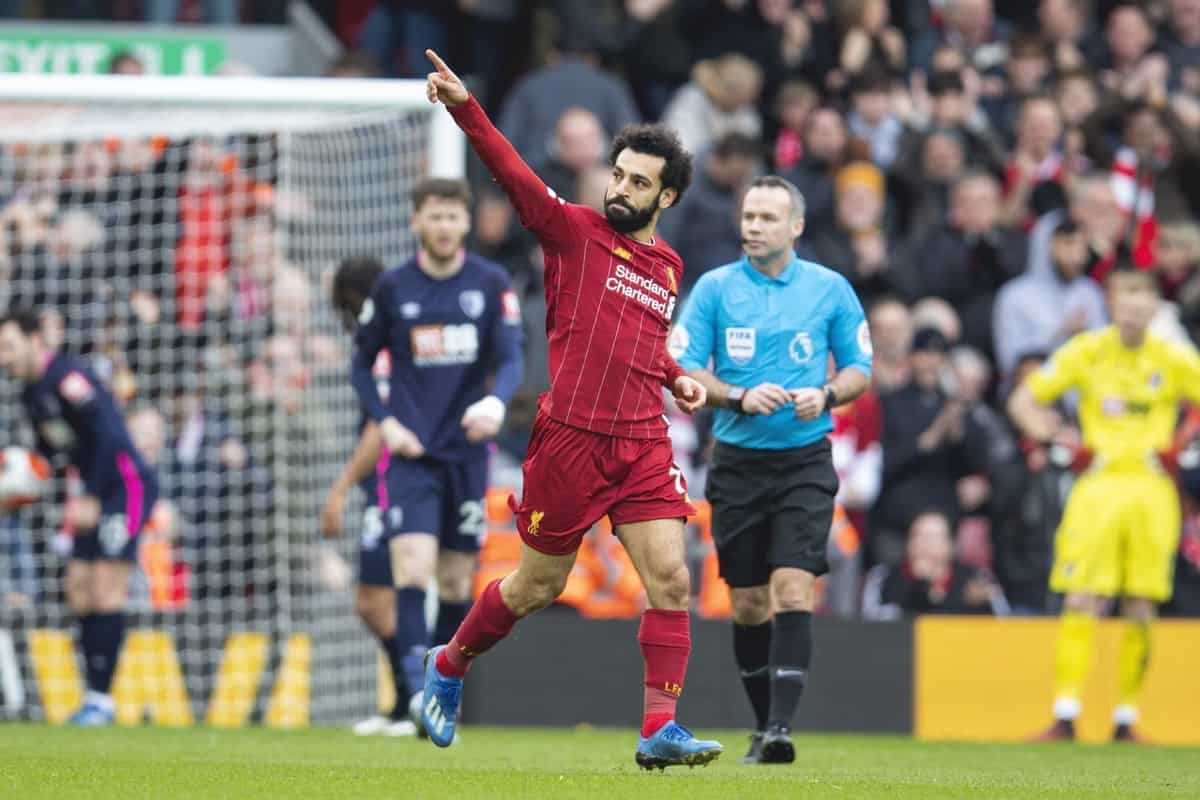 Two first-half goals were enough to secure a 2-1 win over Bournemouth and to see Liverpool move within nine points of securing the title.

Jurgen Klopp’s Reds were back at Anfield looking to return to winning ways after tasting defeat in their last two games – where a win against Bournemouth would move the Reds to within nine points of the title.

But it was again the opposition who struck first with Callum Wilson netting from close range after his push on Joe Gomez in the buildup went unpunished.

Nathan Ake would force a save from Adrian soon after as the Cherries became the latest side to take advantage of the disjointed nature of Liverpool’s play.

And while at the back they looked anything but assured, within eight first-half minutes they turned the game on its head as both Mohamed Salah and Sadio Mane found the net.

The Egyptian’s goal was his 70th in 100 league appearances for the club – a tally which sees him become the first player since Michael Owen to score over 20 goals in three successive seasons.

The second 45 was dominated by Klopp’s chargers, but they struggled to see it reflected on the scoreboard, with Mane’s effort off the crossbar the closest they came to adding a third.

James Milner provided the heroics at the other end of the field with a goal-line clearance which ensured all three points remained at Anfield come the final whistle.

While the Reds were again far from their scintillating best, returning to winning ways was all that mattered as just nine points now separate Liverpool with officially being crowned Premier League champions – unless, of course, Man City drop points in the meantime.