Virgil van Dijk has questioned critics’ view that Liverpool could “just end up with the Premier League,” saying there are some “always looking for negative things in life.”

Three losses in the last four games for the Reds has seen pessimism return to some sections of the club’s support, with a strong side exiting the FA Cup on Tuesday night.

Van Dijk was one of three players to start in all three defeats, along with Andy Robertson, Fabinho and Sadio Mane, and wore the captain’s armband against Watford and Chelsea.

For those outside the club, ending a 44-game run at Vicarage Road—and therefore ensuring no challenge to Arsenal’s ‘Invincibles’—has served as fuel to label this an unremarkable season.

But with the Reds still 22 points clear heading into Saturday’s clash with Bournemouth, Van Dijk ridiculed how the word “just” could be used at the end of a title-winning campaign.

“Just end up with the Premier League? Yeah? Just? It’s just a small thing is it?” he said.

“We also won the Super Cup and the Club World Cup.

“In life, there are people that are not always satisfied. They are always looking for negative things in life. That’s just the reality.

“We are in a very good situation. Close to what we all hope to achieve. Let’s just go for it, enjoy it.

“[Exiting the FA Cup] is a big blow but we were playing against a very good side. Let’s focus on ‘just’ the Premier League, because it’s very small, huh?” 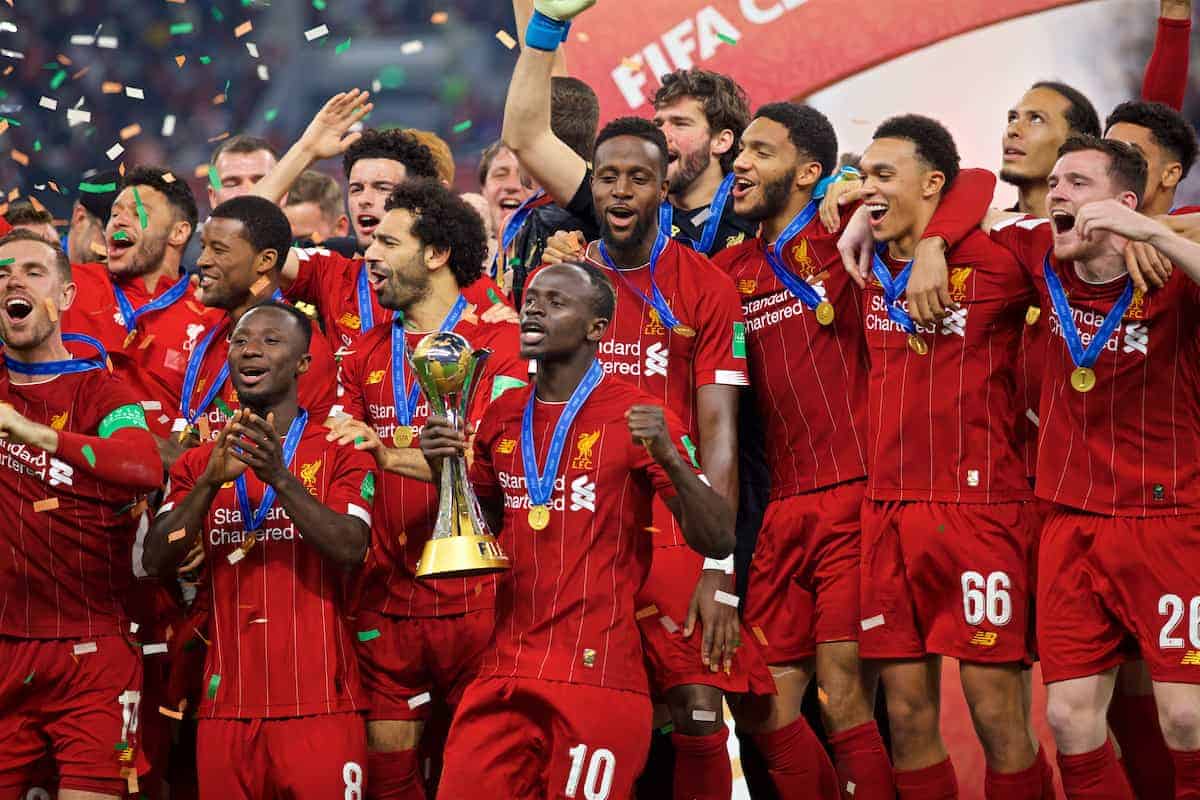 It could be seen as Van Dijk lowering himself to the level of naysayers, but his assertion is apt, as Liverpool remain in an incredible position this season.

There is every chance of overturning the 1-0 deficit at home to Atletico Madrid in the Champions League, while a win over Bournemouth this weekend would put Liverpool just nine points from the title with nine games to play.

They would have hoped to have wrapped it up before the March international break, but unless Man City suffer a significant downturn in form that is now impossible.

Regardless, they could still secure the title earlier than any side in history if they do so before April 14, and could do celebrate the biggest winning margin too.

Ending the season with ‘just’ the Premier League—along with, of course, the Club World Cup, UEFA Super Cup and still possibly another European Cup—would be no negative reality for the Reds.