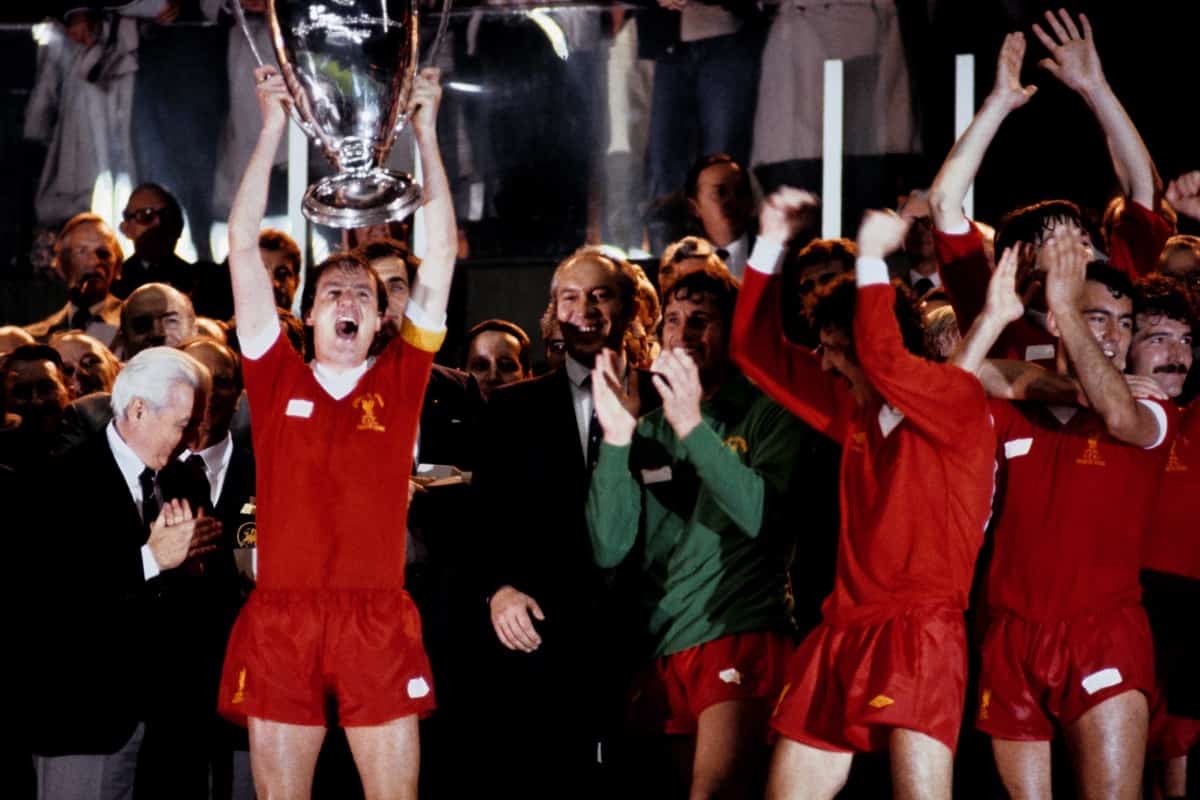 An unlikely hero was immortalised into Liverpool folklore as the club’s third European Cup made its way to Anfield in 1981.

Rome and London had borne witness to two of Liverpool’s greatest-ever nights on their grand European tour, and the next stop was Paris.

Merely four years after the Reds clinched their first European Cup at the Stadio Olimpico and three years after their triumph at Wembley, Bob Paisley’s side were back and this time the Parc Des Princes provided the backdrop.

Liverpool’s passage to the final had seen Oulu Palloseura, Alex Ferguson’s Aberdeen and CSKA Sofia swept aside to the tune of 22-3 on aggregate as the Reds marched on with authority.

But a tight tussle followed against Bayern Munich in the semi-final, with a scoreless draw at Anfield preceding a tense and nervy second leg in Berlin which was decided in the final 10 minutes.

Ray Kennedy notched the all-important away goal to see Bayern’s equaliser count for nothing as Liverpool clinched a ticket for Paris in 35 days’ time.

Within that time, however, Liverpool would face more than enough distractions.

Alan Kennedy was a doubt having broken his wrist against Bayern and was given a 12 week recovery period by one medical professional, while Kenny Dalglish was given a 50/50 chance having failed to play or train since being substituted in the ninth minute in Germany due to an ankle injury – not to mention thousands of Liverpool fans were unable to access tickets.

And while Paisley will have hoped for calm waters when his side arrived at the Parc Des Princes on May 25, 1981, warm-up routines, pre-match rituals and his team talk were all put on hold due to a shirt advertising dispute.

Liverpool were forced to cover up the Umbro logo on their shirts by UEFA after a ploy by Adidas, forcing a late scramble to find anything they could use to cover the logo.

Far from ideal preparations when the six-time European champions Real Madrid were waiting in the wings in what was the Spanish club’s ninth final.

The evening was the first competitive meeting between the two clubs, with Madrid similarly conceding just three times on their passage to the final having overcome Limerick, Honved, Spartak Moscow and Internazionale.

But with Paisley’s attitude of “if someone puts problems in our way, we’ll get over them” in mind, the Reds did just that in what was yet another untidy but tactical battle which did not erupt until the dying stages.

“If the game was not a classic, it was nothing less than an absorbing contest between highly accomplished teams of contrasting styles,” was how the Liverpool Daily Post reflected on events.

Both Kennedy and Dalglish would be match-ready from the off as the Reds battled the Spaniards on an uneven playing surface, where the former would earn himself instant immortality before the night was out.

Real had gambled heavily on notching an early goal and Jose Antonio Camacho, future Real and Spain manager, would spurn their best chance before Liverpool grew in stature and Graeme Souness dominated the battle in the midfield.

Phil Neal would follow suit and with Liverpool’s No. 2 occupying Laurie Cunningham on the right-flank, space was opened up to Kennedy to surge down the left and when the clock struck 9.50 pm, his life would never be the same.

One of the less celebrated figures in the Reds’ period of dominance would become forever synonymous with the club’s success on the European stage in an instant, as with just eight minutes remaining he weaved into the box and hit truly.

With his arms aloft Kennedy found himself in front of the euphoric travelling Kop before being mobbed by his teammates. The scoreboard read 1-0 to Liverpool in the 82nd minute and it would remain that way when the referee blew the whistle.

Liverpool were kings of Europe once more and the Parc Des Princes saw a sea of red and white serenade their hero with the “Barney, Barney” chant.

Paisley’s men had sunk Real Madrid and with it, the Liverpool manager became the first coach to win three European Cups and the celebrations lived up to the almighty feat.

Phil Thompson would lift the cup and after their lap of honour, the Reds would descend on Paris, where ‘the Champs Elysees was likely to look like Lime Street’ as they celebrated into the early hours of the morning.

“We’ve done it again” would adorn the front of the Daily Mirror as Liverpool returned for the open-top bus parade, words which would be etched onto papers once more merely three years later where a familiar hero would rise again.