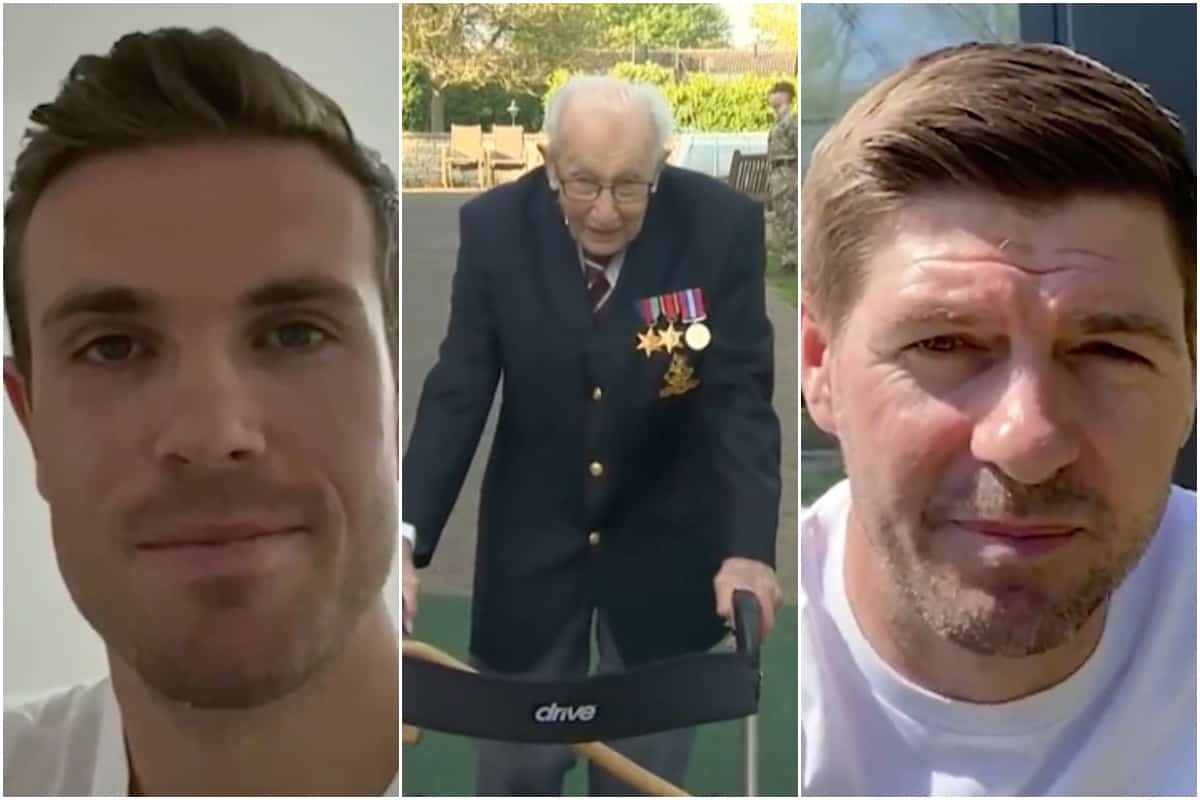 Captain Tom Moore’s charity walk has raised over £28 million for the NHS, and Jordan Henderson led a host of tributes as he bids to take You’ll Never Walk Alone to No. 1.

A new version of Liverpool’s anthem, recorded by Michael Ball alongside Captain Moore, has been vying for the title as the UK’s new No. 1 single.

This comes after Captain Moore’s remarkable charity drive—initially hoping to raise £1,000 as he walked 100 laps of his garden before his 100th birthday on April 30—saw funds rise above the £28 million mark at time of writing.

Captain Moore’s JustGiving page does not factor in proceeds from his cover of You’ll Never Walk Alone, nor the £5.4 million in Gift Aid donations, with support for the veteran and the NHS reaching incredible levels.

Congratulations on your fantastic achievement, @captaintommoore ?

“Congratulations, you’ve done an amazing job to raise so much money for the people who need it most,” Henderson said.

“So from everybody here at Liverpool: well done and, of course, you’ll never walk alone.”

Rush added: “Not many people have inspired me as much as you have. The word ‘legend’ is often used too much; that’s not enough to describe you.”

“You’re an inspiration to many people, and you can tell your leadership qualities by the medals on your chest, but more importantly by your actions,” Dalglish said.

“You have set a wonderful example for everyone to follow. Captain Tom, you will never walk alone; you never have and you never will.

“You’re a hero to many people, and your achievement is unbelievable.”

This Is Anfield is backing an initiative to provide funds to hospitals in the Merseyside area, with personal protective equipment for those treating the coronavirus in desperately short supply.

The NHS Charities Together COVID-19 Appeal has set up a Virgin Moneygiving page here, and at time of writing almost a quarter of their £100 million target has been raised.