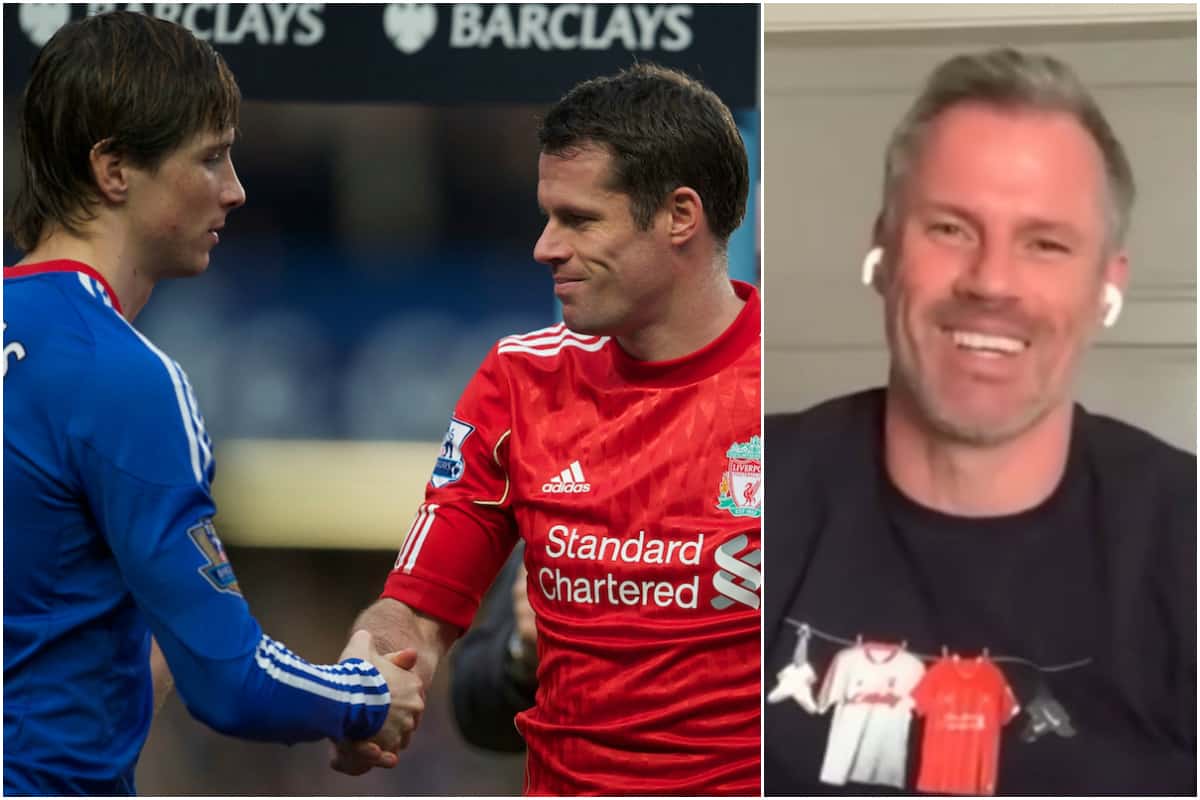 Jamie Carragher has revealed Liverpool “knew we’d kidded Chelsea” over the £50m deal for Fernando Torres in 2011, and was “not surprised” he struggled after leaving.

Prior to Torres’ mid-season switch to Stamford Bridge, the Spanish striker was clearly jaded.

His performances were lacklustre, and though a departure was expected, the size of Chelsea‘s eventual bid was something of a shock, making Torres the most expensive player in England.

Reflecting on the time in a conversation with John Terry on Sky Sports, Carragher claimed he “couldn’t believe it” as the 26-year-old was “a shadow of his former self.”

Interestingly, he made the believable assertion that it was a vanity signing on behalf of Roman Abramovich, more so than from a sporting perspective.

“I couldn’t believe it, and what I mean by that is I knew we’d kidded Chelsea,” he explained.

“I’d played with Torres for the last 12 months [and] he was a shadow of his former self.

“I think for 18 months at Liverpool he was the best striker in the world, and I think he had such a good record against Chelsea that obviously stuck in the owner’s mind.

“Not so much a manager, because the manager changed so often at Chelsea.

“But I think at that stage Chelsea were still a club where the owner was maybe buying players he wanted, I think Shevchenko was a similar case as well.

“What happened for us, and was very fortunate for Liverpool, was we’d played Chelsea that season, we weren’t having a great season, Torres was having a really poor time, but he scored two against Chelsea.

“I think we won 2-0, I think that was under Roy Hodgson, at Anfield, and I think the decision was probably made then for Roman Abramovich.

“‘As soon as January comes, we’re going for Fernando Torres’.

“£50 million was major money at that stage, and I think we were all in a state of shock.

“We were gutted Torres was going, but I think we all knew he was never going to be the same player.

“But we could not believe we’d got £50 million, and we ended up doing something similar ourselves in buying Andy Carroll for £35 million, but we did get Luis Suarez out of it, so the money we got for Torres, we got two strikers.

“I was not surprised at all that it didn’t go well for Fernando Torres at Chelsea.” 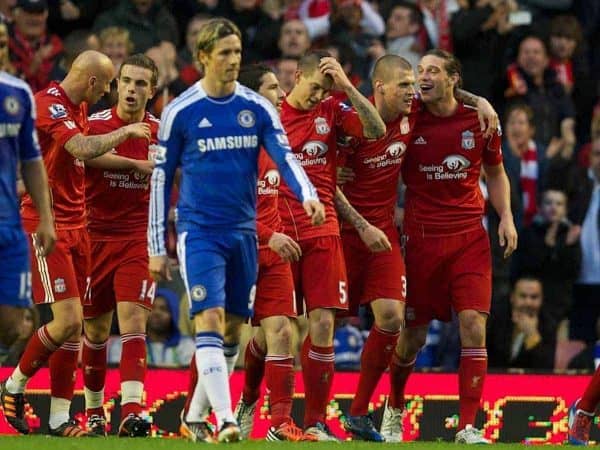 Torres played 172 times for Chelsea, scoring just 45 goals before departing for AC Milan—first on loan in 2014/15 and then permanently—though he did put the Blues through to the Champions League final in dramatic fashion in 2012.

His time at Stamford Bridge can only be considered a disappointment given the context of his signing, but responding to Carragher’s view, Terry insisted there was a strong belief in Torres.

But the long-serving Chelsea captain did acknowledge that it was Abramovich who fuelled the move.

“I hated playing against him; he always seemed to score, at Anfield or the Bridge, and he was that one player that Roman would always ask about, ‘is he tough to play against?’,” he said.

“And Yossi was quite close to him, so Yossi was at Chelsea and was like ‘lads, Fernando’s on his way’.

“We were like, ‘no way…we’re absolutely going to dominate the Premier League and Europe for the next five, six years. This is it’.

“That was obviously our thought from playing against him and seeing it.”