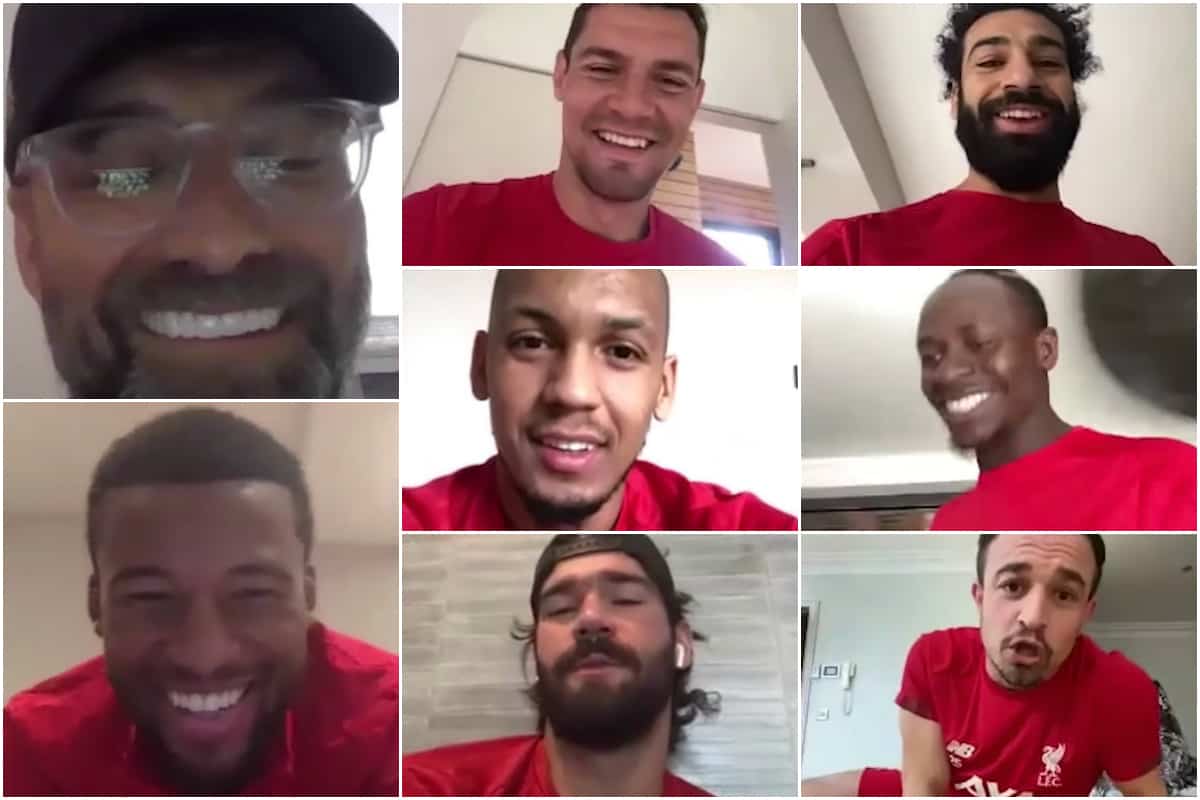 Jurgen Klopp led the Liverpool squad into their latest training session from home, and checked in on the new beard situation for a number of his players and staff.

While lockdown has led to many shaving their heads, faces have not been given the same treatment as an extended period at home has prompted men to experiment with beards.

That is clearly the same within the Reds’ first team, with Klopp calling out goalkeeping coach Jack Robinson’s effort as the squad checked into Zoom for another session.

“Jack, there’s an area on your face where no beard is growing,” he joked, before noticing Mohamed Salah and telling Robinson, “Jack, look at this—that’s a beard!”

Pepijn Lijnders, meanwhile, was told he needs another haircut despite shaving it all off not long ago, with the Dutchman vowing “never again.”

With Salah and Dejan Lovren logging on, the manager questioned the state of their bromance now they are unable to meet up either at or outside of work.

“Mo, now we can speak about it,” he said. “Is Dejan connecting with you enough or does he ignore you?”

The Egyptian revealed Lovren had called him twice the day before, but he “didn’t answer because I was busy,” with the centre-back telling him it was “very important.”

With the session held on Saturday, Klopp called for the squad to deliver another rendition of Happy Birthday, this time for Divock Origi who turned 25.

“Oh wow, another interesting experience!” he joked after the likes of Roberto Firmino, Xherdan Shaqiri, Alex Oxlade-Chamberlain and Alisson gave their efforts.

Beyond Robinson, lockdown has clearly had an effect on the facial hair of many of Klopp’s squad, with Gini Wijnaldum, Fabinho, Joel Matip and Virgil van Dijk decidedly fuzzier than when they last left Melwood.

Oxlade-Chamberlain, however, was fresher than before, having lost a quiz against Jamie Carragher with the forfeit being to shave his off.