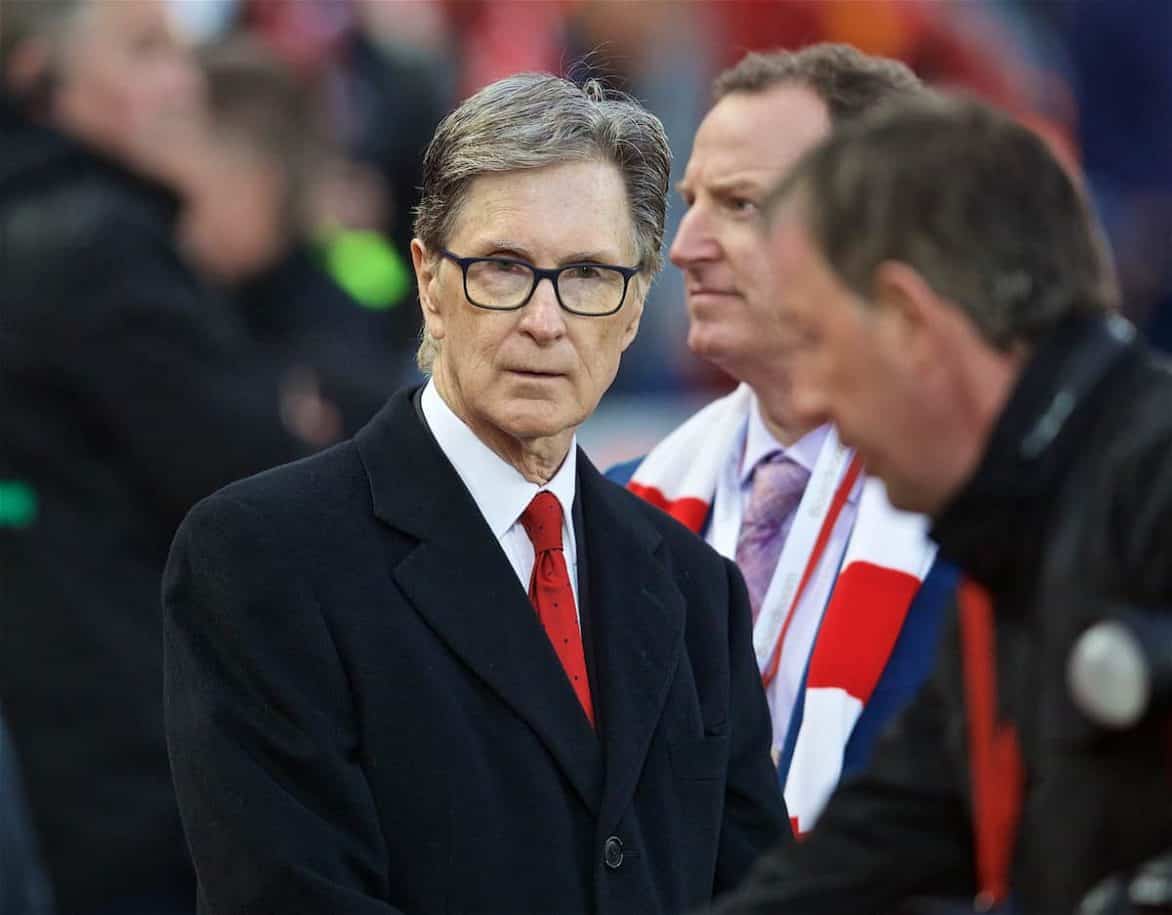 Liverpool FC have reversed the decision to furlough some of their non-playing staff, after widespread criticism of the move taken by the club over the weekend.

The Premier League champions-in-waiting released a “COVID-19” statement on Saturday which revealed that around 200 non-playing staff, thought to be primarily from retail and administrative roles, were to be furloughed but paid 100% of their earnings.

This, though, was met with criticism from supporters and former players of the club, saying that it goes against the club’s moral ethos to use government funds to pay staff.

In a statement released on Monday evening, Liverpool CEO Peter Moore apologised for the “wrong” decision originally and say the club will now find “alternative ways to operate” without using the government scheme.

First and foremost on behalf of our ownership, Fenway Sports Group, we would like to emphasise the thoughts and concerns of everyone are with those suffering from the dreadful COVID-19 pandemic and the families of those affected.

We would also recognise and pay tribute to the heroism of the incredible health service and key workers locally, nationally and internationally. All other worries should be placed in that context first.

Allowing for perspective in these unprecedented and harrowing times, it is important to address an issue we, as an organisation, have been involved in since the weekend.

We have consulted with a range of key stakeholders as part of a process aimed at achieving the best possible outcome for all concerned. A range of possible scenarios were considered, including but not restricted to: applying to the Coronavirus Job Retention Scheme, which pays 80 per cent of salary and guaranteeing the 20 per cent payment; applying to the Coronavirus Job Retention Scheme with a guarantee to reimburse monies received at a later date; and, thirdly, finding an alternative means to cover our furlough costs.

It is as a direct result of this extensive consultation and our own internal deliberations at various levels throughout the club that we have opted to find alternative means despite our eligibility to apply for the Coronavirus Job Retention Scheme.

We believe we came to the wrong conclusion last week to announce that we intended to apply to the Coronavirus Retention Scheme and furlough staff due to the suspension of the Premier League football calendar, and are truly sorry for that.

Our intentions were, and still are, to ensure the entire workforce is given as much protection as possible from redundancy and/or loss of earnings during this unprecedented period.

We are therefore committed to finding alternative ways to operate while there are no football matches being played that ensures we are not applying for the government relief scheme.

We would like to acknowledge the great army of staff and casual workers who work tirelessly to ensure Liverpool is a club that operates to the highest of standards.

But in the spirit of transparency we must also be clear, despite the fact we were in a healthy position prior to this crisis, our revenues have been shut off yet our outgoings remain. And like almost every sector of society, there is great uncertainty and concern over our present and future.

Like any responsible employer concerned for its workers in the current situation, the club continues to prepare for a range of different scenarios, around when football can return to operating as it did before the pandemic. These scenarios range from best case to worst and everything in between.

It is an unavoidable truth that several of these scenarios involve a massive downturn in revenue, with correspondingly unprecedented operating losses. Having these vital financial resources so profoundly impacted would obviously negatively affect our ability to operate as we previously have.

We are engaged in the process of exploring all avenues within our scope to limit the inevitable damage. We thank the many amazing people in our club, at all levels, who are committed to helping us do just that, despite the complexity and unpredictability in the world and our industry.

We would also like to take the opportunity to thank those who have engaged with us in a productive fashion, none more so than our supporters, their representatives, particularly Spirit of Shankly, the Mayor of Liverpool, Joe Anderson, Metro Mayor, Steve Rotheram, local MPs Dan Carden and many other individuals, with whom we have had much valued dialogue.

The bad press that the original decision has given the club has seemingly prompted a turnaround in the approach.

It represents another wise u-turn by Liverpool under the ownership of Fenway Sports Group, who reversed a previous controversial move when they announced £77 ticket prices in the new Main Stand which resulting in a mass protest at Anfield in 2016.