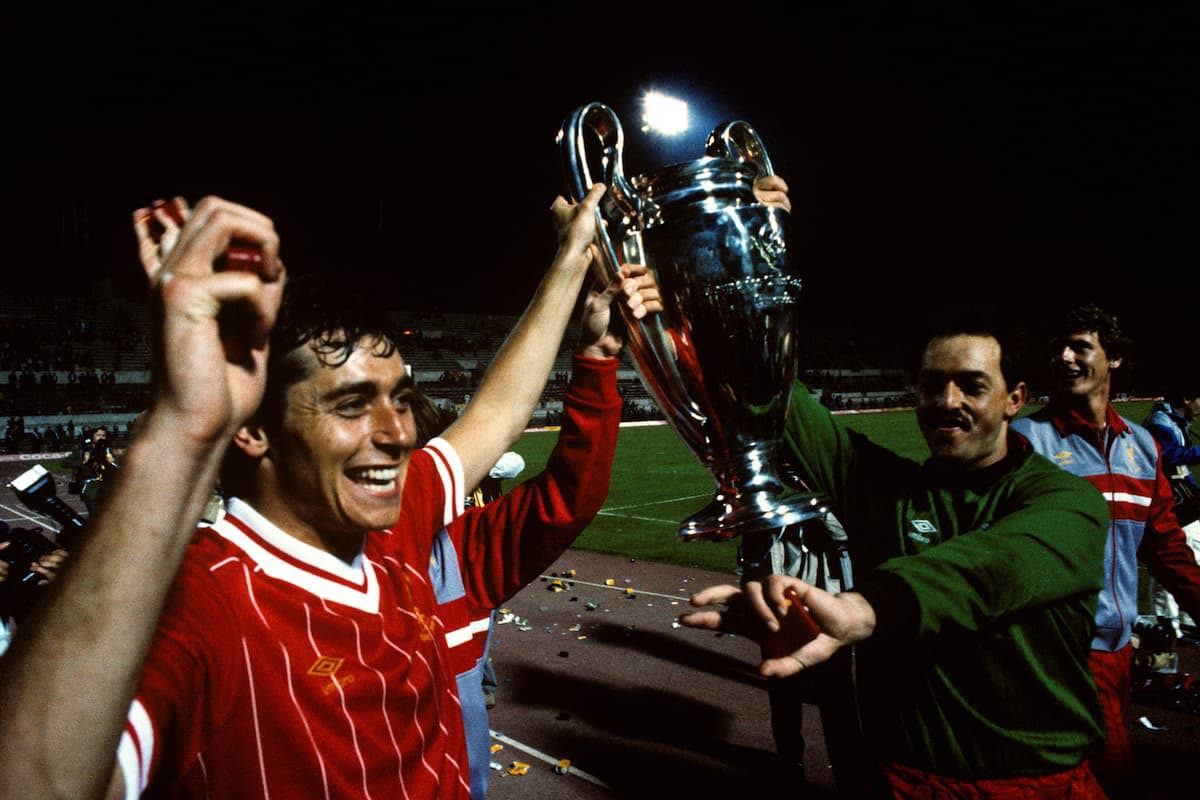 Former Liverpool striker Michael Robinson, who won the European Cup with the club in his only season at Anfield in 1983/84, has passed away at the age of 61.

Robinson announced in December 2018 that he had been diagnosed with a malignant melanoma, with doctors telling him it had “no cure.”

After a long battle with cancer Robinson passed away this week, with the 61-year-old’s Twitter account confirming the news on Tuesday morning.

“With tremendous sadness we inform you of Michael’s death,” the statement reads.

“It leaves us with a great emptiness, but also countless memories, full of the same love that you have shown him.

“We will be eternally grateful to you for making this man SO HAPPY, he never walked alone. Thank you.”

Robinson joined Liverpool from Brighton in 1983, and scored 13 goals in 52 games before leaving for QPR the following summer, having won the First Division, European Cup and League Cup.

The thoughts of everybody at Liverpool Football Club are with Michael’s family and friends at this sad time.

His goals included a brace in a 5-0 win over Odense in the first round of the European Cup, and a hat-trick to seal a 3-1 victory at West Ham in the league, as he operated with the likes of Kenny Dalglish and Ian Rush in attack.

After two seasons with QPR, Robinson made the switch to Osasuna and retired in 1989 to remain in Spain, where he became renowned for his work as a commentator.

Speaking to Simon Hughes as part of the book Red Machine: Liverpool FC In The ’80s: The Players’ Stories, he told the story of how he came to settle in a new country.

“What I did know was that I was going to receive an education—an education that I wanted.

“But something strange happened. I enjoyed more or less everything about Spain and the way the Spanish interpreted life. I finished up realising that I had loads in common with the Spaniards.

“She slapped me for that.”

Robinson was known for his humour, intellect and his way with words, and speaking to Sky Sports after his passing, the striker’s captain at Liverpool, Graeme Souness, paid tribute.

“He was a big pal of mine. I’ve got so many fond memories of being in his company,” he said.

“If you were going on a night out, Michael would be the first one you’d invite; a real charming man, bon viveur, could tell great stories.”

Souness told a story of how Robinson went for lunch with Spanish golfer Seve Ballesteros in Madrid, and “half-a-dozen people stopped and asked him for an autograph, and only one asked Seve—so he was rejoicing in that.”

There is affection for Robinson both in England and Spain, as tributes to the late European Cup winner on Tuesday morning showed, including from the likes of Xabi Alonso, Ray Clemence and Mark Lawrenson:

Gutted to hear of the Passing of Michael Robinson(AKA The Cat)..We played Cricket together in our Teens-He followed me to PNE Then Brighton-Rep of Ireland & Finally Liverpool..He even bought my house off me in Hove.Its a Sad day in Sad https://t.co/neffvb2iPi MATE..?

R.I.P Michael Robinson. The Liverpool legend that got in all the Spanish homes with his fantastic commentaries every Weekend !! #YNWA pic.twitter.com/GihZPkUd80

I grew up watching his shows on Spanish TV. A @LFC legend, and very loved in my country too. So sad… RIP @michaelrobinson https://t.co/NhNZ1PlBqI

Dreadful news about Michael Robinson. Another one of the good guys has been taken.

So sorry to hear of the passing of Michael Robinson part of @LFC family and made a tremendous tv career for himself in Spain when he retired. Thoughts are with friends and family. #RIP #YNWA

Absolutely devastated to hear of the passing of @michaelrobinson this morning. I had the honour of being interviewed by him last year and spending time reminiscing about his days at @LFC What a pleasure it was…You’ll Never Walk Alone, Michael. Forever A Red… pic.twitter.com/GhsF3FIJv0

Very sorry to hear that Michael Robinson has passed away. Not only a fine footballer, but was also a great success post football in Spain, having his own television show there for many years…and that is quite an achievement. RIP Michael.

Michael Robinson – for many years one of the most influential, most loved and most inspirational figures in Spanish football – has died aged 61. He was diagnosed with cancer in 2018. DEP. https://t.co/IA0rEuY8oD

Michael Robinson will always be remembered by me for this + MOM display in semi at Anfield taking QPR to Wembley
As a journalist he was also an inspiration, immersing himself in Spanish culture, language to become a star
Informe Robinson was 1 of best football shows anywhere RIP https://t.co/gV84RuRK2g

The world of football will feel your loss deeply. Thank you for sharing your vision of football, your kindness and your intelligence with us. RIP Michael Robinson pic.twitter.com/NPnRqMUyUn