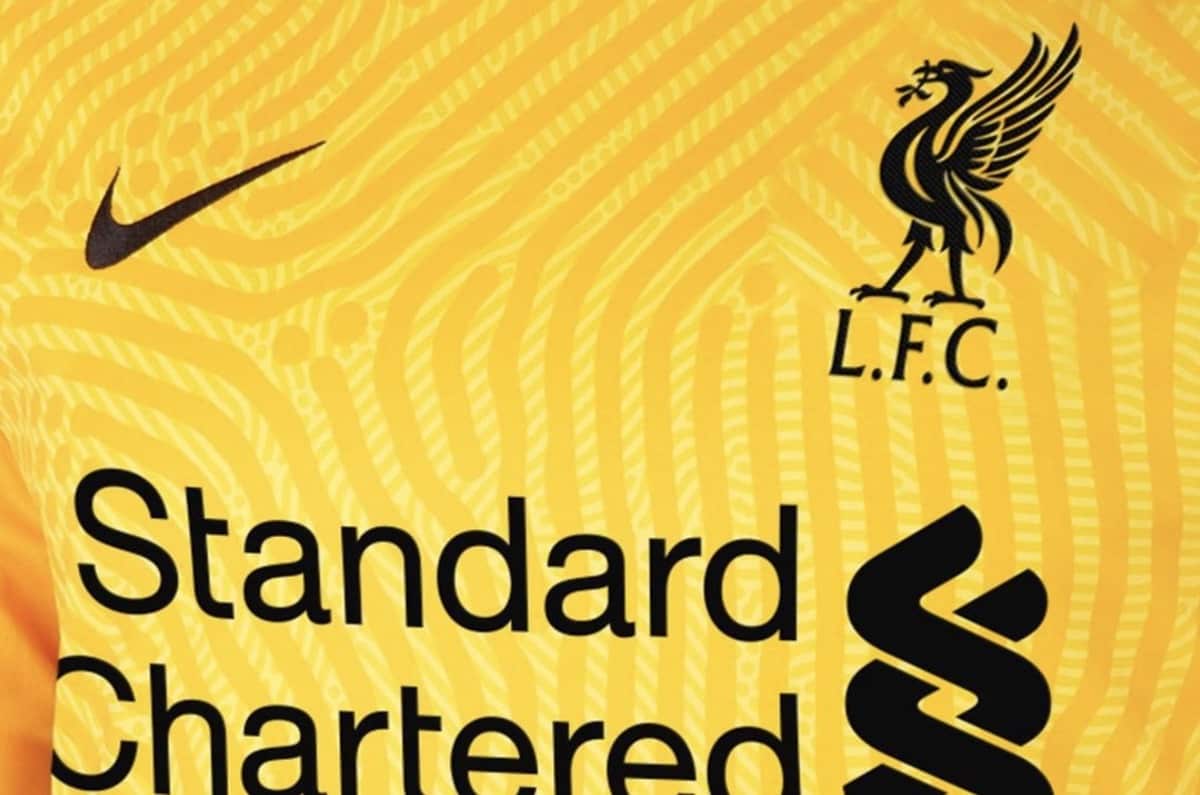 Alisson is set to wear gold for Liverpool next season, according to a new ‘leaked’ design for Nike’s first goalkeeper kit for the 2020/21 campaign.

The Reds will begin their deal with Nike at the start of the new season, with the American manufacturer agreeing to a delay due to the coronavirus pandemic.

Jurgen Klopp‘s side will, therefore, conclude the season wearing their current New Balance kits, though when that will be still remains to be seen.

When 2020/21 starts, however, they will be wearing Nike, with a deep red similar to Portugal’s most recent World Cup shirt expected for the outfield home kits.

The goalkeepers could line up in gold, according to designs revealed by the reliable Footy Headlines, who released a proposed design on Wednesday:

The design is based on Nike’s new ‘Gardien III’ template, and is—perhaps disappointingly—strikingly similar to the new rumoured goalkeeper kit for the England national team.

It has a textured print across the main body of the shirt, with a black collar and stripes down either side, and the logos—including the Liverpool badge—are also in black.

Footy Headlines add that another new goalkeeper kit will be dark grey with black-and-white detailing, and though it is “not clear which one will be the home and which will be the away,” the gold shirt is more likely to be worn at home.

Liverpool’s outfielders are rumoured to be wearing ‘hyper turquoise’ for their away kit and dark grey for their third kit.

Nike are not expected to unveil their new range until later in the year, in line with the start of the 2020/21 campaign which, if the postponed schedule runs as expected, could be in August or September.