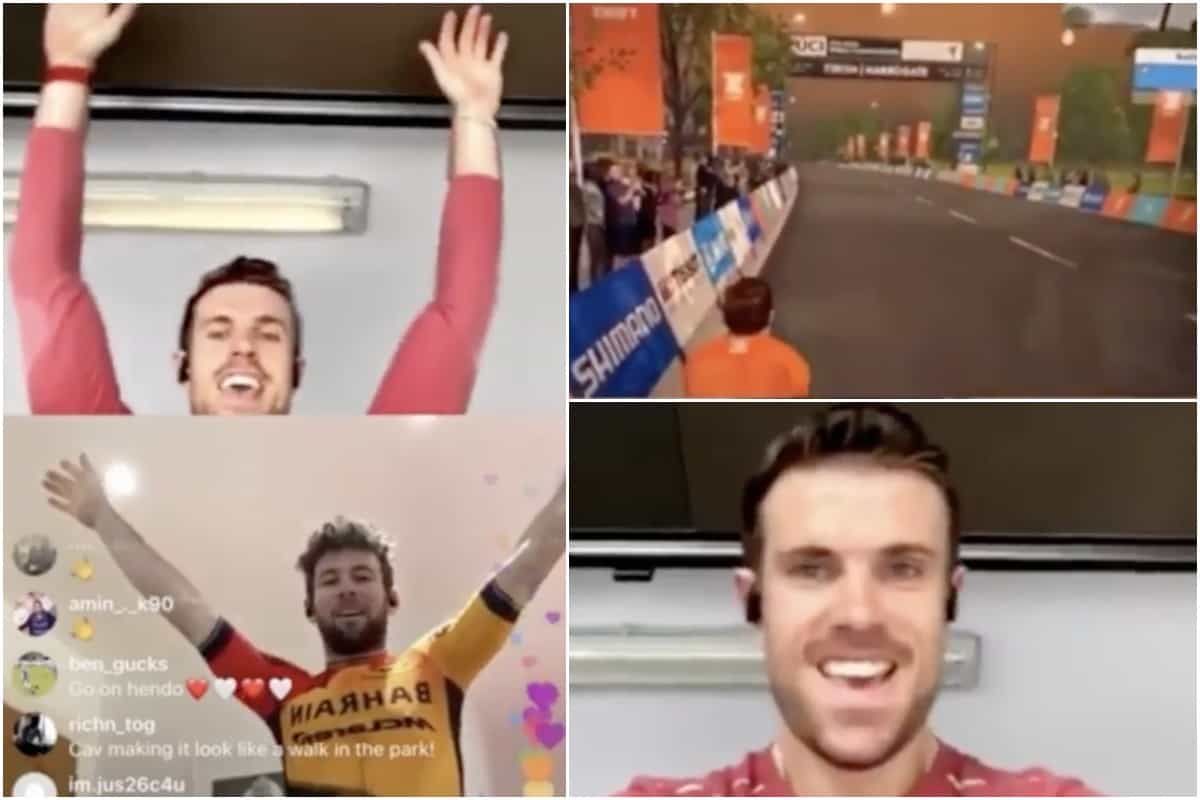 Jordan Henderson discussed his yearning for football to return as he was put through his paces by professional cyclist Mark Cavendish.

With access to Melwood restricted players have needed to find alternate ways to keep fit and active throughout the enforced break.

Liverpool has provided each player an individual training programme like they would for any off-season but the need for variety has seen some creativity outlets to emerge.

While Adam Lallana has shared a live broadcast of his workouts with his personal trainer, Henderson opted for a cycling session with British champion cyclist Cavendish on Instagram live.

By how own admission the skipper is still figuring out the details of the Zwift bike as he hasn’t “got a clue about the gears,” but he was sure that he was not about to climb Everest.

“When I first came on this, it gave us two options rather than just ride so one was Everest and the other one was California and I just thought there’s no way I’m doing Everest, there’s not a chance!” he said.

As the pair went through their 40-minute interval training session together, naturally discussion turned to the season resuming and while Henderson is enjoying spending rare time with the family over a prolonged period he spoke of his desire to return to a normal schedule.

“I hope so but you just don’t know so we have to keep as fit as we can so when we go back we’ve still got a base level and then there’s less chance of injury,” Henderson explained.

“I’m still doing my programme that the club has given us, in terms of running and gym stuff.

“But hopefully that can be sooner rather than later really. Hopefully [they can finish the season], we’ve just got to wait and see.

“Obviously we have to listen to what the government say, keep as fit as we can in the house and see where we’re at in a few weeks.”

But training alone and away from all his teammates has proven to be difficult when you also factor in the uncertainty of the situation.