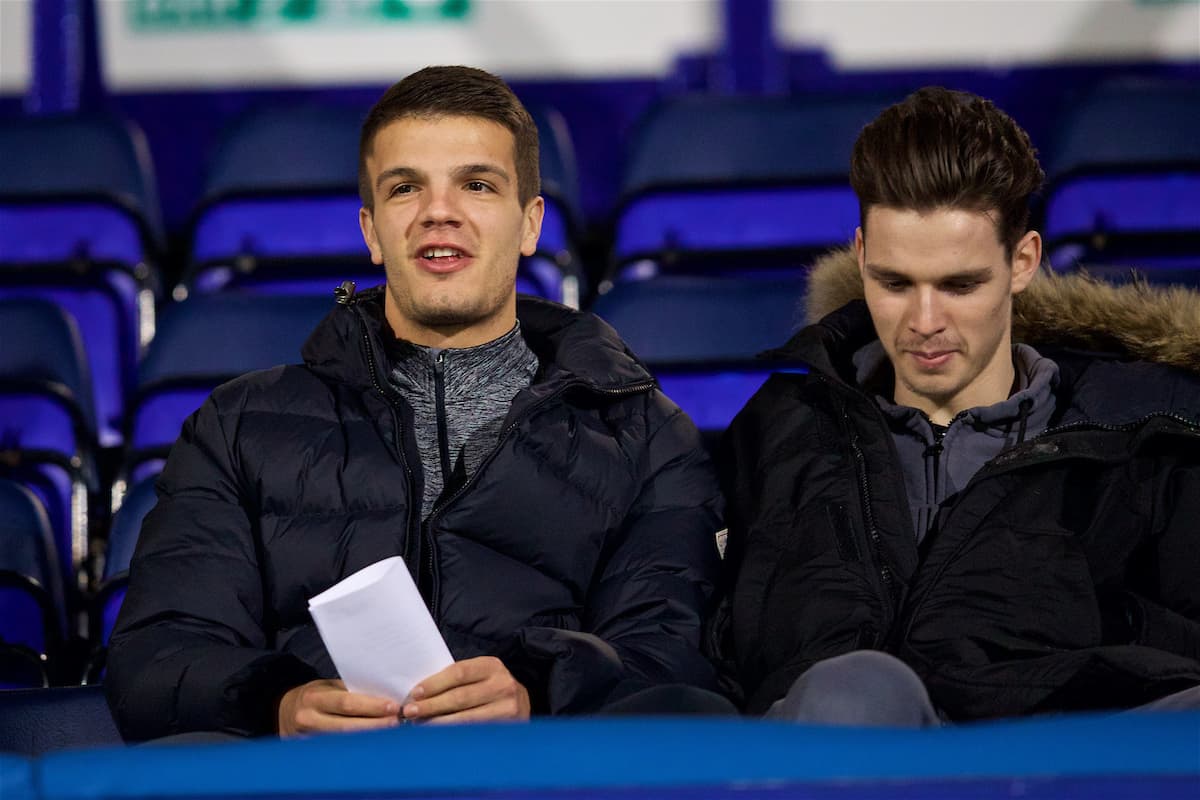 For most who come through the academy ranks at Liverpool a long-term future in the first team is not a reality, but Tom Brewitt’s career path shows a positive spin to this.

The Reds are set to finish work in the coming months to combine the youth and senior training grounds at Kirkby, in a £50 million redevelopment poised to improve the pathway from academy to first team.

Jurgen Klopp‘s imprint is clear in the planning for the new facility, and the youngsters set to benefit will be eyeing a role in his squad after the manager extended his stay at the club until 2024.

Following Trent Alexander-Arnold‘s journey will still prove near-impossible for most, but opportunities for the likes of Curtis Jones and Neco Williams since show that the door is open.

But as much as the club’s academy staff are preparing players for the first team, they are also steeling them for life after Liverpool.

This was the case for Brewitt, who left to join Middlesbrough in 2017 after 10 years on the books, before spells with AFC Fylde and, currently, Morecambe.

So far this season he has made 27 appearances for the League Two side, primarily as a defensive midfielder which, given he captained the youth ranks at Liverpool as a centre-back, is something of a departure.

It is a role he combines with his own training to become a coach, and at just 23 he is now back at Kirkby on a regular basis working with the Reds’ under-18s.

Having already obtained his UEFA B licence, Brewitt is working towards his A licence, which would allow him to take up a full-time role as an academy coach at a top-flight club, or manager in the second tier.

On his day off from Morecambe duty he travels back to Merseyside to work alongside U18s manager Barry Lewtas and development coach Jonathan Robinson, with academy director Alex Inglethorpe and head of education and welfare Phil Roscoe overseeing his efforts.

“I’m very lucky because the relationship I’d built up were all still here,” he wrote in a newsletter which, according to Goal‘s Neil Jones, is circulated to all academy players past and present.

Always good speaking to @AndyK_LivNews back at the academy ?? pic.twitter.com/Pjeva7im2m

“With Barry Lewtas and Jo Robbo it’s been brilliant working with the 18s, and Alex and Phil have been brilliant off the field making sure it’s done properly.”

Jones adds that Brewitt is also “taking evening sessions with the U13s and U14s,” with his ambition to secure his A licence “in the next 12 months.”

The Morecambe No. 14 is clearly still popular at Liverpool, and his column received backing from both Michael Beale and Pedro Chirivella—along with Robinson, who describes him as “a great addition to the U18 coaching staff”:

Great to read. Fantastic person who is a role model for other young players making their way in the game.

Elsewhere in his column, Brewitt explained that, though they are no longer team-mates, he is still in close contact with the likes of Harry Wilson, Jordan Rossiter and Andy Firth.

“They become like family, you’re spending half your life with them and I’m lucky to have them around me. I’m thankful for what it was,” he wrote.

The impact of the academy’s teachings are as much evident in Trent’s 125 appearances for the first team as they are Brewitt’s burgeoning career as a 23-year-old coach and League Two regular.

“I gave it my best shot and never missed a gym session or said yes to a party I shouldn’t have,” he continued.

“I know some players with me in the lower leagues now who could be higher but for that.”

This experience can be vital as he imparts his wisdom on the likes of James Balagizi, Tyler Morton and Layton Stewart in the U18s, while his day job can give him a different angle when coaching Billy Koumetio, Conor Bradley and Jarell Quansah as defenders.

It is a situation that should prove mutually beneficial, and shows the virtue in the academy’s work on the whole.