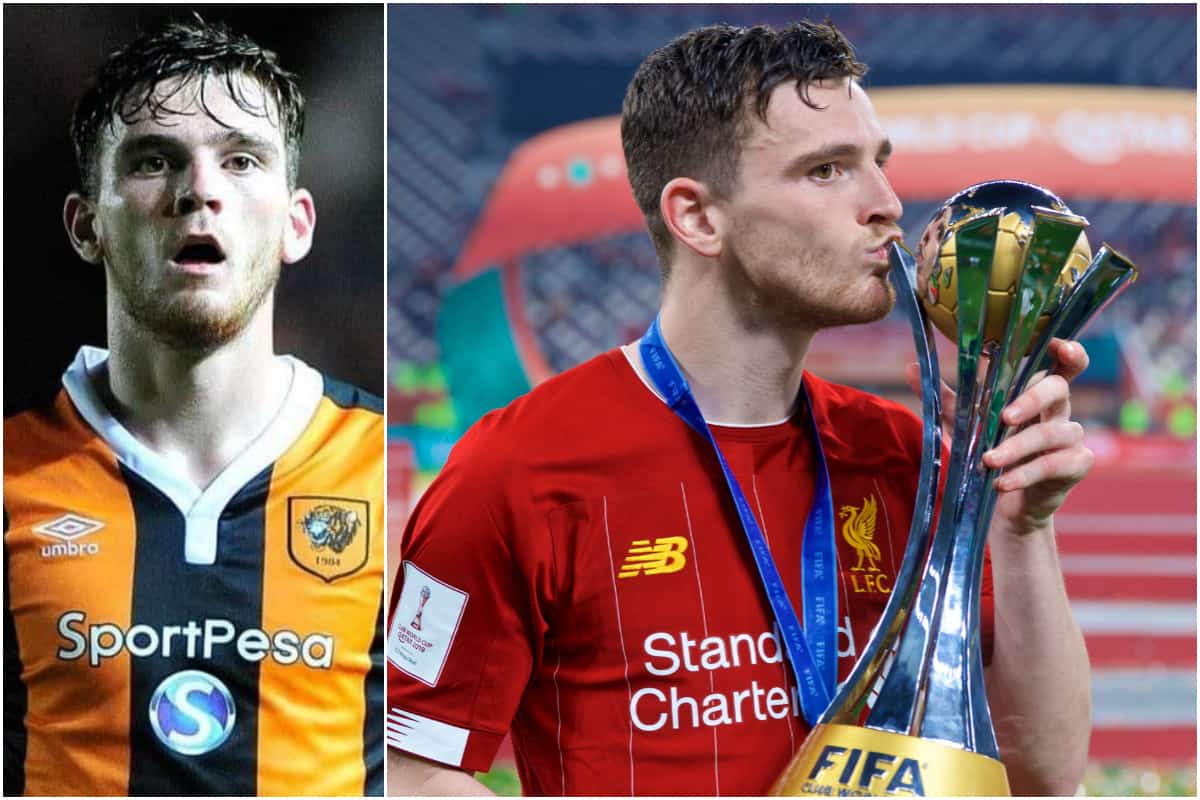 Andy Robertson is now cemented as an immovable staple of Liverpool’s first team, but it took a long saga of twists, turns and alternative plans to prompt his move in 2017.

It is difficult to believe now, given the progress he has made since swapping Yorkshire for Merseyside, but there is cause to believe Robertson was not the Reds’ first-choice left-back target.

The deal that saw Kevin Stewart head to Hull and the Scot make the opposite journey, with a possible £2 million incentive for the Championship club in the shape of performance-based add-ons, came late in the transfer window.

Liverpool had made a bid below the eventually agreed £10 million earlier in the summer, prior to their pre-season trip to Hong Kong, and Robertson was growing restless.

With Stoke, then under the management of Mark Hughes and having finished 13th the previous season, making overtures, he was left to “get his head on” the possibility of relocating to Staffordshire.

Robertson felt the Potters would have been a “really good option,” though it was unclear whether he would arrive as a replacement for or backup to Erik Pieters, but fortunately a fee was agreed with Liverpool that saw him move at the end of July. 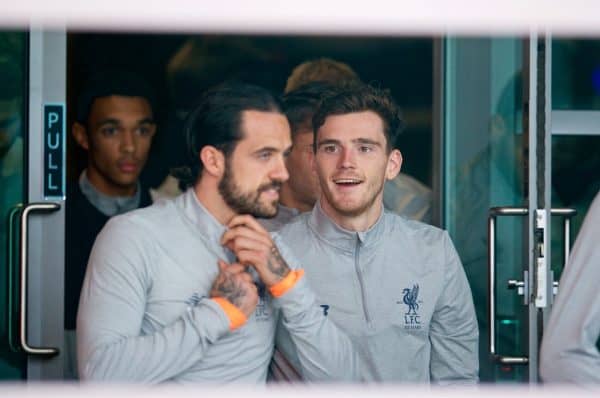 By then, the Reds were midway through their successful stint in the Premier League Asia Trophy, but speaking while in the Far East, Jurgen Klopp described him as an “addition [that] gives us fantastic competition.”

Fast-forward almost three years and that could be considered an understatement, although two of the three other options Klopp mentioned—Alberto Moreno and Jon Flanagan—have since departed and the other, James Milner, is back in his favoured role in midfield.

Robertson endured a tough start to life in Liverpool—moving with a heavily pregnant wife and initially training with the leftovers at Melwood, before a slow transition into the first team—but can now be considered one of the club’s best-ever left-backs.

He is widely viewed as one of the best in the world in his position, and the story of his rise following his release by Celtic makes it a richly deserved accolade.

But throughout the months leading up to Robertson’s step from relegated Hull to the Premier League‘s champions-in-waiting, Liverpool ran the gamut when it came to left-back targets.

Running through the list of those weighed, measured and, for some, approached leaves a trail of largely near-misses. 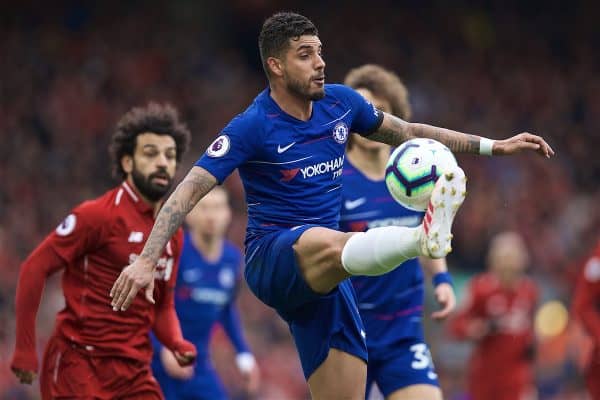 So the story goes, Emerson Palmieri was identified as the ideal signing, with the Santos native enjoying a fruitful season alongside Mohamed Salah at Roma, who finished the campaign second in Serie A, just four points behind champions Juventus.

But an ACL injury for the future Italy international scuppered a bid, prompting the Reds to turn their focus elsewhere.

Another option was Real Betis’ standout talent Riza Durmisi, with the Dane telling Tipsbladet this month that he had received an “official offer” for Liverpool, contingent on a parting of ways with Moreno.

“Moreno chose to stay. They had to get rid of him before it could happen, and that’s what I was waiting for,” Durmisi revealed.

“When you have as good a contract as Moreno had at Liverpool you would stay, and I could understand that, but him leaving was something that had to happen before I could get there.”

Perhaps the most intriguing of the candidates came the previous summer in Ben Chilwell, a precocious talent who had impressed in a short stint on loan at Huddersfield in 2015/16 and was strongly recommended to Klopp by their then-manager, David Wagner.

Leicester valued Chilwell at £10 million, turning down a £7 million offer from Liverpool, and their belief in the Englishman was vindicated as he signed a new long-term contract with the club two weeks later.

Interest in Robertson first surfaced in the aftermath of their failed bid for Chilwell, but Michael Edwards and his team mulled over the likes of Emerson, Durmisi, Benjamin Mendy, Ryan Sessegnon and even another Hull full-back, Josh Tymon, before making the decisive contact.

Of those alternatives, perhaps only Chilwell can be considered to be in Robertson’s league at this stage.

Emerson joined Chelsea in 2018 but has played just 52 times; Durmisi moved to Lazio in 2018 before being loaned to Nice last summer; Mendy is a title-winner with Man City but has made just 46 appearances in three injury-ravaged seasons.

Sessegnon and Tymon are yet to establish themselves as first-choice starters at Tottenham and Stoke respectively.

There will have been others on the club’s radar, too. There is rarely, if ever, a sole target for a position—with Virgil van Dijk a possible exception to the rule—and many other names simply will not have left the offices of Melwood.

Before Salah’s £34 million arrival from Rome, Klopp had preferred Bayer Leverkusen’s Julian Brandt, while Christian Pulisic and Julian Draxler were also options; likewise, Mario Gotze was considered ahead of Sadio Mane in 2016.

Like Robertson, both Salah and Mane went on to prove no-brainer signings, with the pieces falling into place with a wonderful serendipity for Liverpool.

It is both an indictment of the way in which transfers are reported, and the constant uncertainty of recruitment, that in an alternate reality the Reds could have instead been lining up with Emerson or Durmisi at left-back.

There is no telling how they would have settled at Anfield, but fortunately this is a pointless ‘what if?’ scenario given the success of their beneficiary—unlike at Chelsea, where a timid approach to pursuing Alisson in 2018 left them with a world-record bill for Kepa Arrizabalaga.

The message to emerge from this saga, of course, is that speculation is more often than not just that, and that perceived failures in the market may be quite the opposite.

Liverpool are widely tipped to be the most likely destination for Timo Werner in the next transfer window, but the unsettled market at this point in time casts doubt over any and all deals the club are considering.

If that proposed move falls through, will the Reds be any worse off? Or will another contender emerge from Edwards’ coveted list of prospects?

As Robertson’s protracted, perhaps unlikely, but certainly prosperous road from Hull to Liverpool proves, the club have earned a measure of patience and trust when it comes to signings and sales.