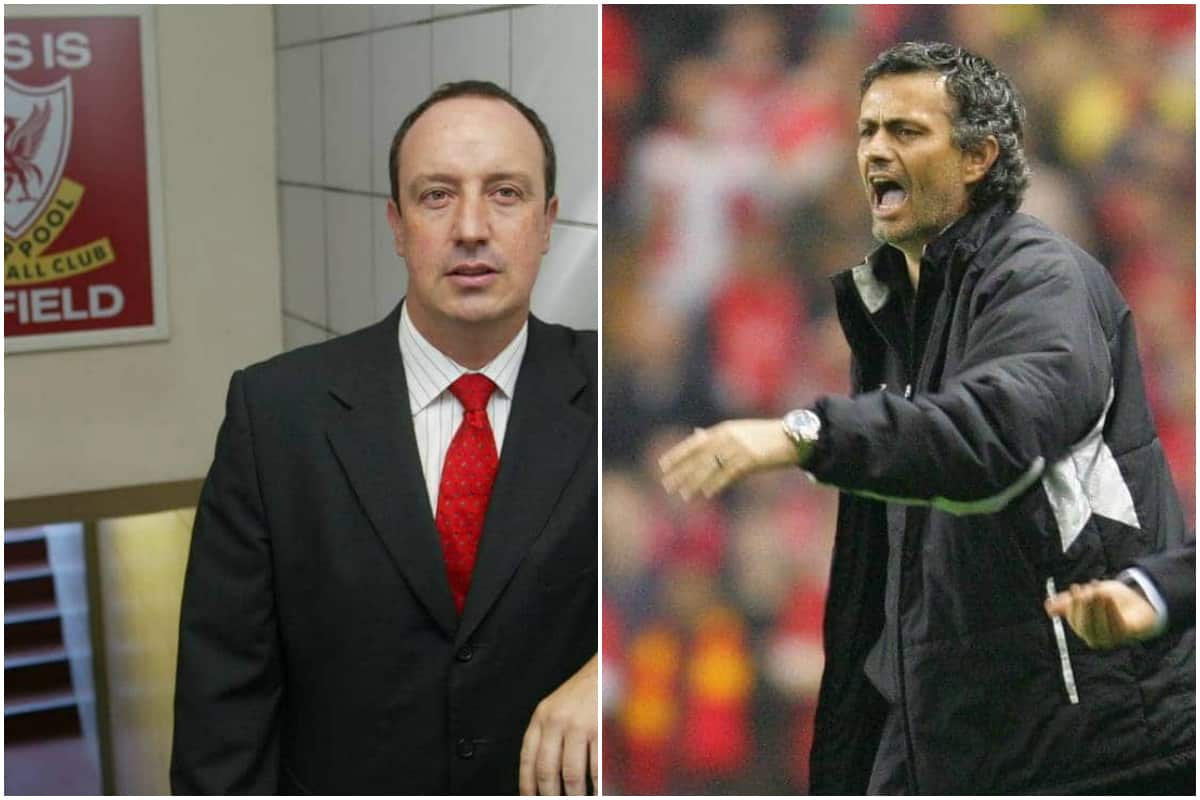 Liverpool pulled off a masterstroke appointing Rafael Benitez is 2004 – but a new book claims the Reds first agreed a deal with Jose Mourinho to replace Gerard Houllier.

When Houllier’s reign came to an end, the Reds once again looked to the Continent for their new manager, with Rafa leaving Valencia to move to Anfield.

He ended up winning the Champions League in his first season with the Reds, in incredible, unforgettable style, and set Liverpool back on the path to competing at the top of the sport for most of his reign between then and 2010.

Especially in the early part of that era, he and Liverpool developed a massive, if reasonably short-lived, rivalry with Mourinho and Chelsea, with the two clubs frequently contesting big games both in the league and in the cups.

But that might all have been very different, with author and journalist Nicolas Vilas writing in a new book on the Portuguese boss that he had an agreement to move to Merseyside.

“Mourinho should have gone to Liverpool. Rick Parry [then chief executive] was in charge of transfers and we had an agreement. They asked us to wait for 15 days as Houllier was still the Reds’ manager,” said Jorge Baidek, an advisor to Mourinho at the time, to the author.

Parry, now the EFL chairman, asked for that two-week wait until details could be sorted with Houllier over his exit from the club at the end of the season—and in that period of time, Mourinho’s agent Jorge Mendes spoke to Chelsea, who came up with a much bigger offer.

The finances being spent by the London club at that time, backed by Roman Abramovic in perhaps his most committed moment, far outweighed what Liverpool could offer.

Mourinho went to Chelsea and Liverpool, if the story can be believed, opted instead for Benitez.

The personalities of the two coaches mean that the Reds were surely always better off with the Spanish coach, who entirely bought into not just his team but the club, the city and the people, far beyond the call of an ordinary football coach.

Benitez famously bested Mourinho in that first season’s Champions League semi-final and remains a firm favourite with a large section of Reds supporters to this day. Mourinho, meanwhile, has ever been the villain, particularly after taking on jobs with rivals Man United and, now, Tottenham.